Humbert stuns No 2 seed Tsitsipas in marathon at Paris Masters

Frenchman Ugo Humbert advanced to the second round of the Rolex Paris Masters after he edged out No 2 seed Stefanos Tsitsipas in a classic second-round match, winning 7-6, 6-7, 7-6. 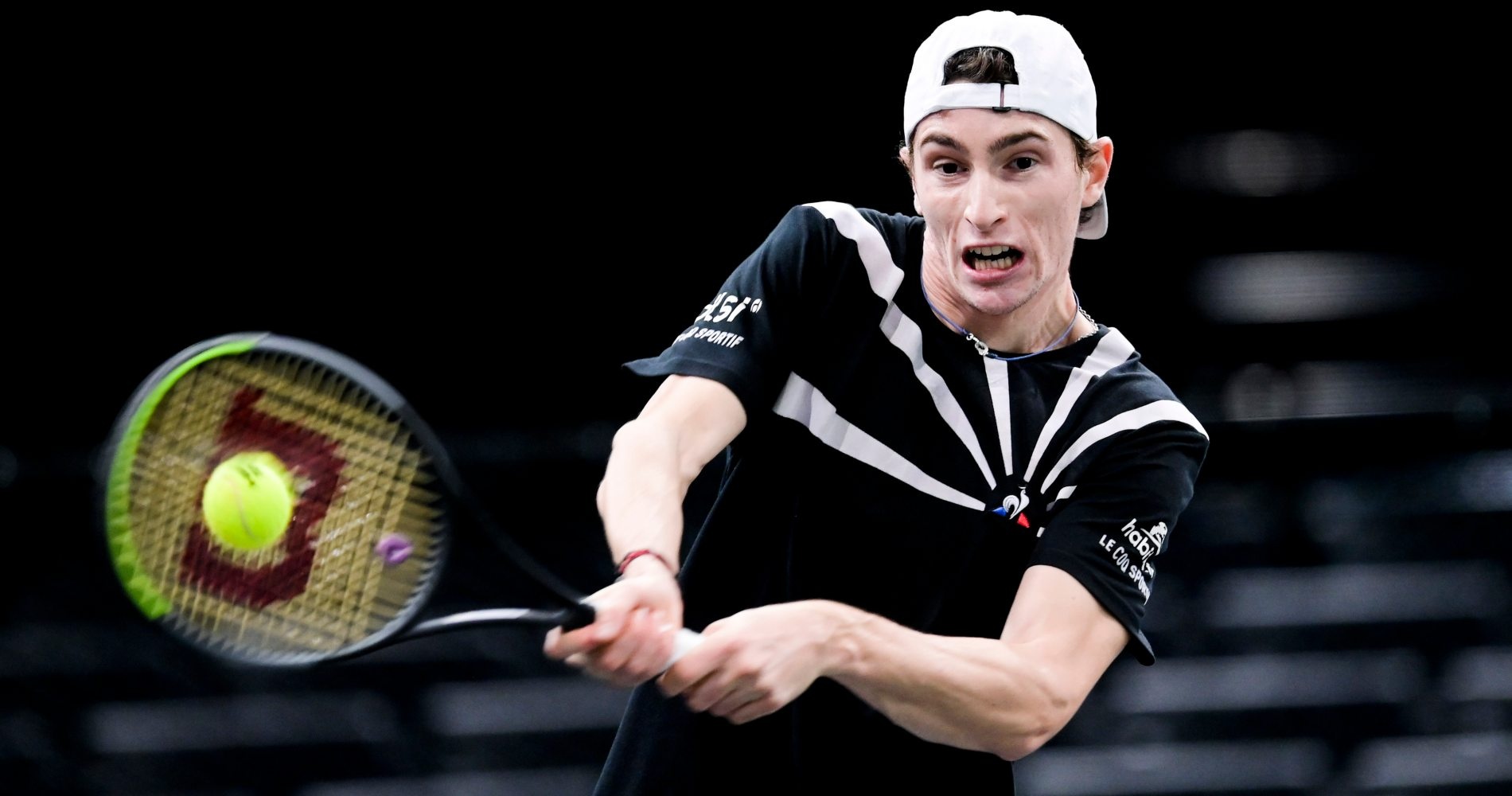 The second seed is out 😲@HumbertUgo outlasts World No.6 Stefanos Tsitsipas 7-6 6-7 7-6 for his biggest career win on a hard court. #RolexParisMasters pic.twitter.com/GmfOYXBs90

Tsitsipas had arrived in Paris with high hopes but left disappointed as Humbert, one of the hottest prospects on the ATP Tour, edged him out in an epic, bruising encounter. The leg injury that affected Tsitsipas at Roland-Garros seemed to hamper him as the match progressed and Humbert took his chance to record a superb win.

The Greek began well, breaking Humbert at the first time of asking as the Frenchman hit long and opening up a 3-0 lead. But the left-handed Humbert hit back immediately, breaking and then levelling at 3-3.

The alarm bells began ringing at 5-5 as Tsitsipas found himself 15-40 and staring a first-set deficit in the face. Two big serves bailed the Greek out and, two games later, the set went to a deserved tiebreak.

Tsitsipas has enjoyed a strong 2020 despite the obvious restrictions imposed on the world at large, the Greek winning a fifth ATP title in Marseille, also reaching the semi-final of the French Open and advancing his ranking to No 6 in the world. But it was his younger opponent who forced the momentum and grabbed the opener 7-6, a big serve out wide winning the breaker 7-4.

The second set was equally tight, Tsitsipas squandering two break points in game seven before Humbert had a break point to serve for the match. Almost inevitably, the second set also went to a tiebreak and it looked for the world that the match was Humbert’s when he led 6-3. But when three match points came and went, Tsitipas snatched the set and levelled the match.

And with the clock ticking well past the three-hour mark, a third successive breaker would decide the outcome of this marathon. Again it was the Frenchman who grabbed the early initiative and this time, he would not relinquish his grip to seal a famous win on home turf, yet sadly to an empty audience.

Victory for Humbert means that he now faces Marin Cilic, conqueror of Felix Auger Aliassime, in the round of 16, while Tsitsipas will now try to recover in time for the Nitto ATP Finals, which begin in London on November 15.

Tsitsipas : “My injury of Roland-Garros semi-final was back and at some point I wasn’t sure it was good to be there. But it’s not an excuse. I’m sad. I can’t wait to meet him again in the future.”