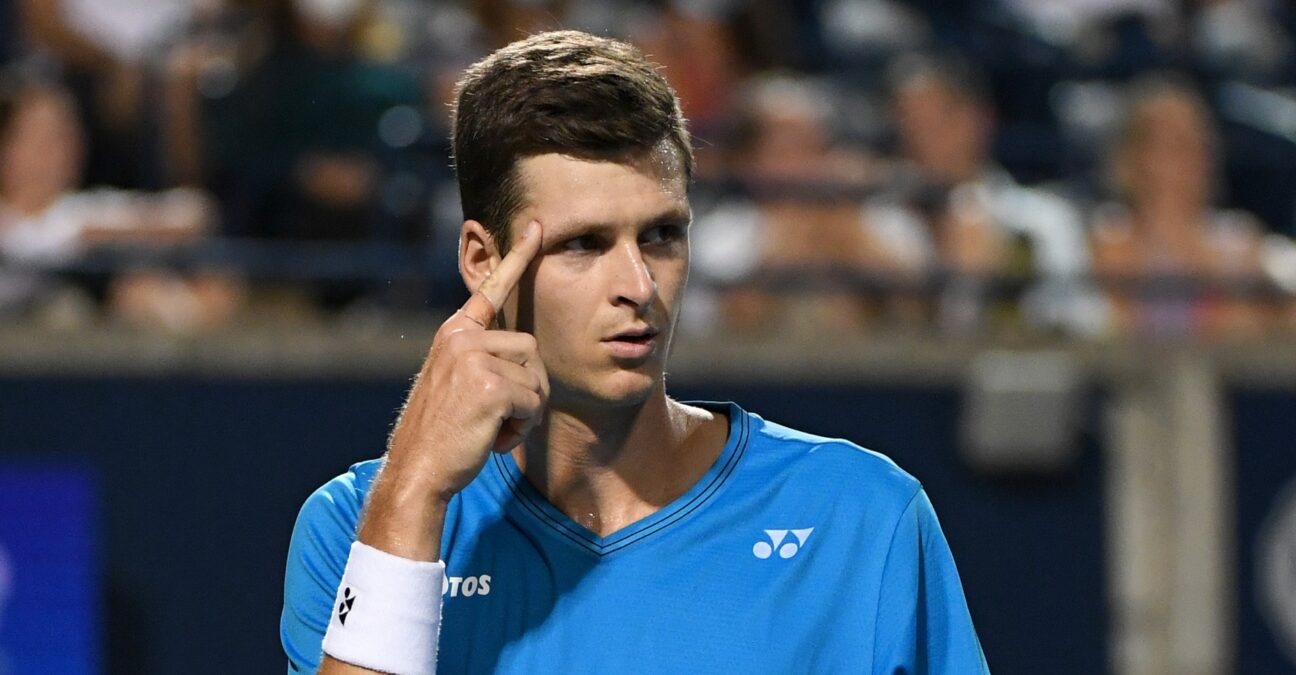 There’s something about playing in the American sunshine that seems to suit Hubert Hurkacz.

The Pole, who gave notice of his talent when he won the Miami Open in March, moved into the quarter-finals of the BNP Paribas Open on Wednesday with a confident 6-1, 6-3 win over Aslan Karatsev of Russia, who is still chasing his first Masters 1000 quarter-final spot.

The win sets up a likely clash with top seed and US Open champion Daniil Medvedev in the last eight in Indian Wells, but also cements his place in ninth in the ATP Race to Turin.

With Rafael Nadal, currently in eighth spot, having already ended his 2021 campaign because of injury, Hurkacz is closing in on a spot in the Finals, which will be played this year for the first time in Turin, from November 14-21, and the Pole has clearly set his sights on winning one of the eight places.

“Of course, you want to be there,” he said. “It’s the last tournament of the year for the eight best players in the world, so you try to do your best. You know, just trying your best and whoever is gotten there, that meant they had a better year than you.”

Schwartzman takes out Ruud for first top-10 win of 2021

Hurkacz’s hopes were further boosted by defeat for sixth seed Casper Ruud, who went down 6-3, 6-3 to Diego Schwartzman, the Argentinian claiming his first top-10 win of the year. Norwegian Ruud, who has won an ATP Tour-high five titles in 2021, is now just 60 points ahead of Hurkacz in the ATP Race.

“I’m very happy, because I was just trying to find my best tennis one more time,” said Schwartzman, who will play Britain’s Cameron Norrie in the last eight. “I was doing very well. You know, I lost to (Andrey) Rublev two times in the last three weeks and I was very close two times, I was playing very good tennis.

“So since May, you know, June, I’m playing great tennis. I mean, I know that. I’m practicing well. I’m ready to compete. I’m feeling healthy, good, you know. The conditions for me are good. Right now I’m feeling good, and it’s good because we don’t have too many more weeks in the tour this year, so at the end, it’s nice to feel, you know, in this way at the end of the season.

Norrie, who is also chasing an unlikely Turin place, won a gruelling clash with American Tommy Paul, winning 6-4, 4-6, 6-2 to reach the quarter-finals, with the third game of the decider – when he broke on his 11th chance in that game alone – proving to be the difference.

The left-handed Briton has now played 20 deciding sets in three-set matches this year, and won 13 of them.

Only four men – Novak Djokovic, Medvedev, Stefanos Tsitsipas and Alexander Zverev – have so far qualified for the eight-man event in Turin.