Tennis Majors > ATP > ‘I need to practise with Novak!’ Medvedev on training with biggest rival ahead of ATP Finals

‘I need to practise with Novak!’ Medvedev on training with biggest rival ahead of ATP Finals 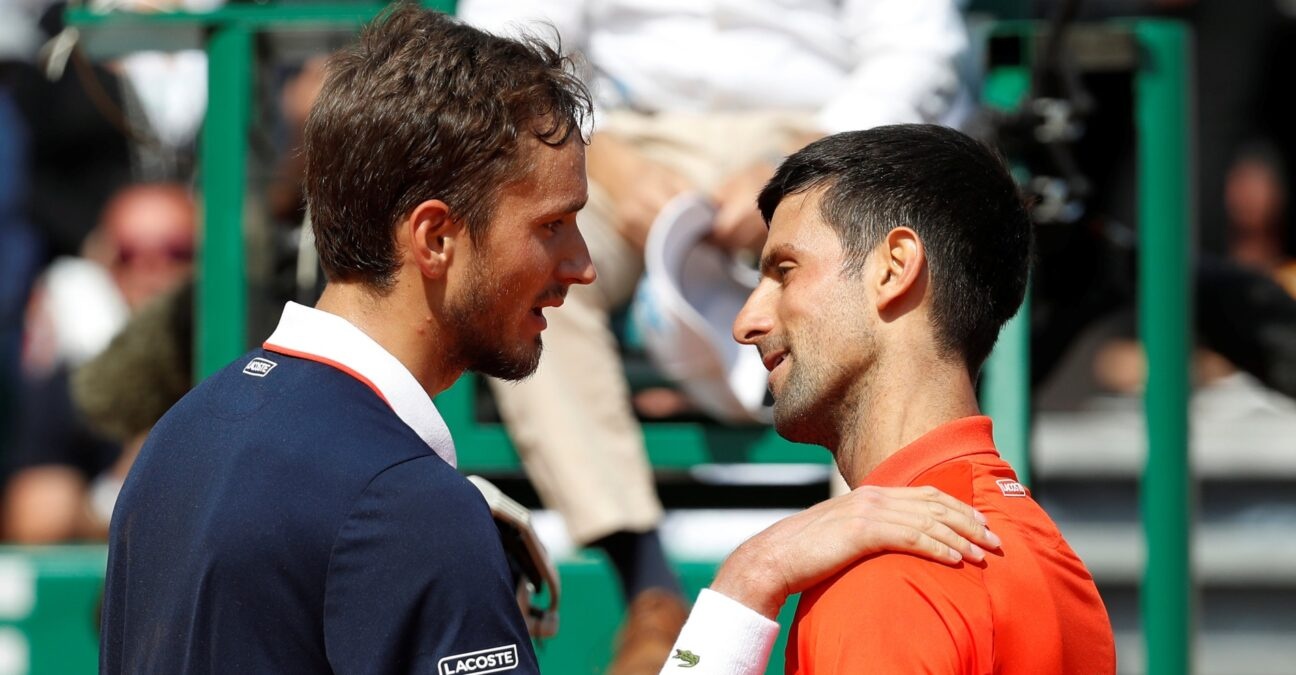 Daniil Medvedev says he has no problem practising against world No 1 Novak Djokovic – even though they are each other’s biggest rivals on tour at the moment.

The two hit together at the Mouratoglou Academy prior to their campaigns at the Rolex Paris Masters – which culminated in the two meeting in the final, and the Serb triumphing. It was a measure of revenge for their previous encounter – which came in the US Open Final, when the Russian won his maiden Grand Slam 6-4, 6-4, 6-4. 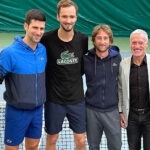 “You have to practise with other players,” said Medvedev. “I think if you think, ‘Oh my, he’s going to see my weak side’, your life in tennis will be too tough. You’d only be able to play with your sparring partner. You also need to play with the best players in the world to improve. We were the only ones yesterday that knew we wouldn’t play each other in the group stages.

“The level of our matches will always be high, but you will try to adapt your style. I tried to re-watch the Australian Open final for the US Open final, and Novak watched the US Open match to change things [in Paris]. We both did the right things [in Paris], but he played better on the day. You know nothing will ever come easily and you need to fight throughout the match.”

I was low on confidence: Medvedev

The 25-year-old is the defending champion at the Nitto ATP Finals after defeating Djokovic, Rafael Nadal and Dominic Thiem – the then-top three – in last year’s edition. He says that success helped set him up for this year, when he finished as runner-up at the Australian Open as well as lifting the trophy in New York.

“Tennis is so much about ups and downs, gaining of confidence,” he explained. “Coming into Paris last year I felt completely out of shape, low on confidence and not sure what I could achieve in the last two tournaments of the year. I found my tennis and confidence to win both of them, and of course I beat Novak [Djokovic], Rafa [Nadal] and Dominic [Thiem] at the [Nitto ATP] Finals, three really tough match-ups.

“It was amazing, and that gave me confidence in Australia. After you re-watch [matches] on YouTube, your confidence is back. You think, ‘I’m still able to do it.'”

He begins his defence in the Red Group against Hubert Hurkacz on Sunday.