The world’s two leading male players are finalising the preparation of their indoor season at the Mouratoglou Academy on the French Riviera, and shared a joint training session on Thursday. Medvedev won the tie-break (7-6[3]) in the set they played under the eyes of France soccer coach Didier Deschamps 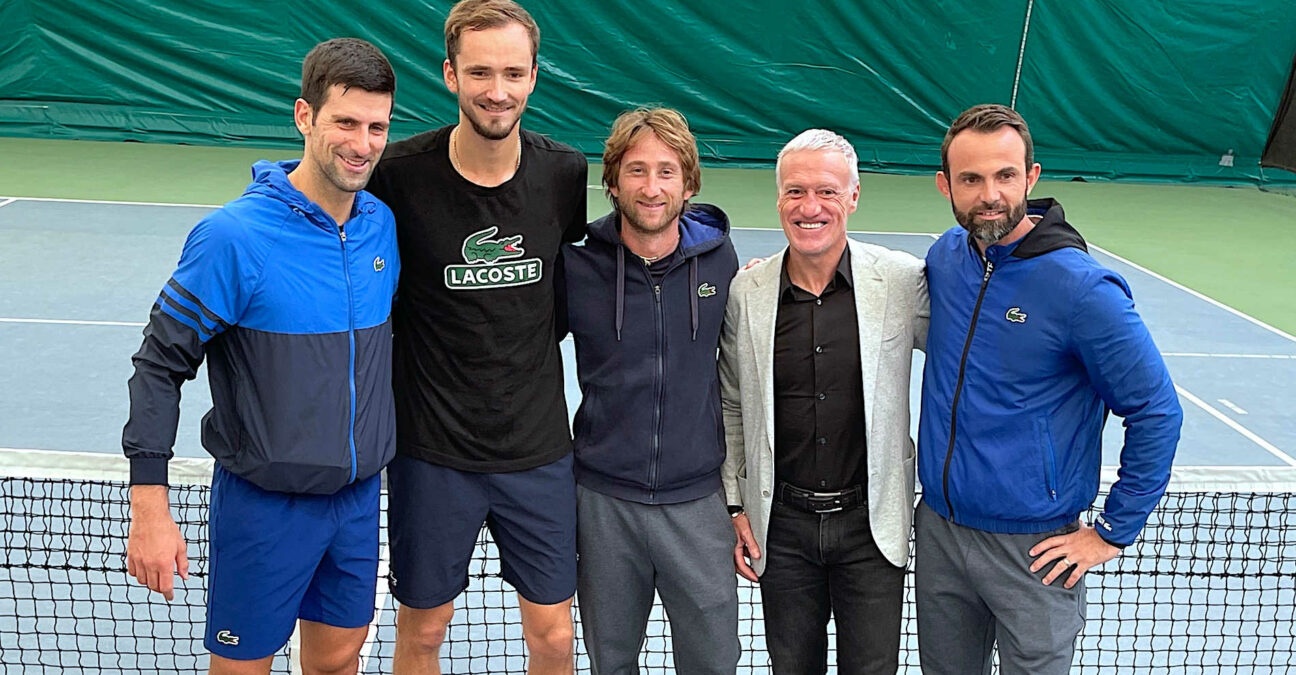 These two have played for history twice this season, in the Australian Open final and the US Open final. They are capable of saying things that only players of this level can understand.

And that was the nature of the conversation that Novak Djokovic and Daniil Medvedev had for 10 minutes, away from prying eyes, after their joint training session on Thursday at the Mouratoglou Academy on the French Riviera.

For two hours, the world No 1and his closest challenger in the ATP rankings had a friendly but intense training session behind closed doors, leaving no doubt about the standards the two men have set themselves ahead of the last three major events of the season: the Rolex Paris Masters from Monday, the ATP Finals from November 14 to 21 and the Davis Cup from November 25 to December 5.

They could meet in the final of all three events and have a lot to play for. Medvedev is the defending champion in Paris and London, while Djokovic holds the record for most wins in Paris (5) and this year could match Federer’s record of six at the ATP Finals. Medvedev’s Russia, which won the ATP Cup earlier this year, is one of the favourites for the Davis Cup, a competition that Djokovic’s Serbia also intends to win.

After a serious warm-up and a sequence of hard serves and returns, Djokovic and Medvedev played a full set, ending in a tiebreak won seven points to three by the Russian. Both players lost their serves once each.

Djokovic was joined by Goran Ivanisevic and Marco Panichi while Medvedev was supervised by Gilles Cervara and Eric Hernandez on the covered greenset of the Mouratoglou Academy, in front of a dozen VIP family members and spectators, including Didier Deschamps, the France national football team coach. Deschamps, who lives two hours away, was there at the initiative of a sponsor that Djokovic and he share.

The level of play at times was breathtaking. Known for their impregnable defence and their ability, unparalleled on the circuit, to “turn around” a perfectly played point by their opponent, Djokovic and Medvedev each had their share of end-of-court passes and drop shots from the sky.

In between, many points were won in one or two strokes of the racquet, thanks to the rare quality of their serve and return, as well as a few scattered unforced errors and signs of annoyance due to their perfectionism.

Djokovic appeared more emotional than Medvedev, who was clearly relaxed and comfortable on the court. The Serb has not played competitively since the US Open. This was by far the most intense session for him in five weeks after a long period in Belgrade with his family and academy players.

Medvedev has been playing more since his first Grand Slam success. He played in the Laver Cup and Indian Wells (where he lost in the round of 16 against Grigor Dimitrov), in the meantime taking two weeks off at home in Russia. He resumed training with Gilles Cervara and his staff last Saturday at the Mouratoglou Academy.

Cervara and Hernandez had a long and passionate discussion with Deschamps after the match. Cervara did not fail to mention to Deschamps how much the adventure of his French teams had inspired him in his career as a “performer”, notably the 1998 World Cup-winning squad, as he had told us after the US Open. Cervara immortalised the moment on his Instagram account.

Djokovic and Medvedev are expected in Paris at the end of the week. They are expected to compete at the Rolex Paris Masters on Tuesday or Wednesday and will have an idea of their draw by noon on Saturday. 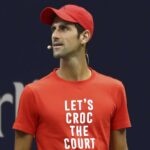 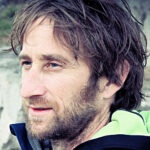 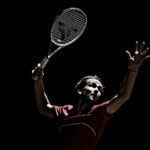