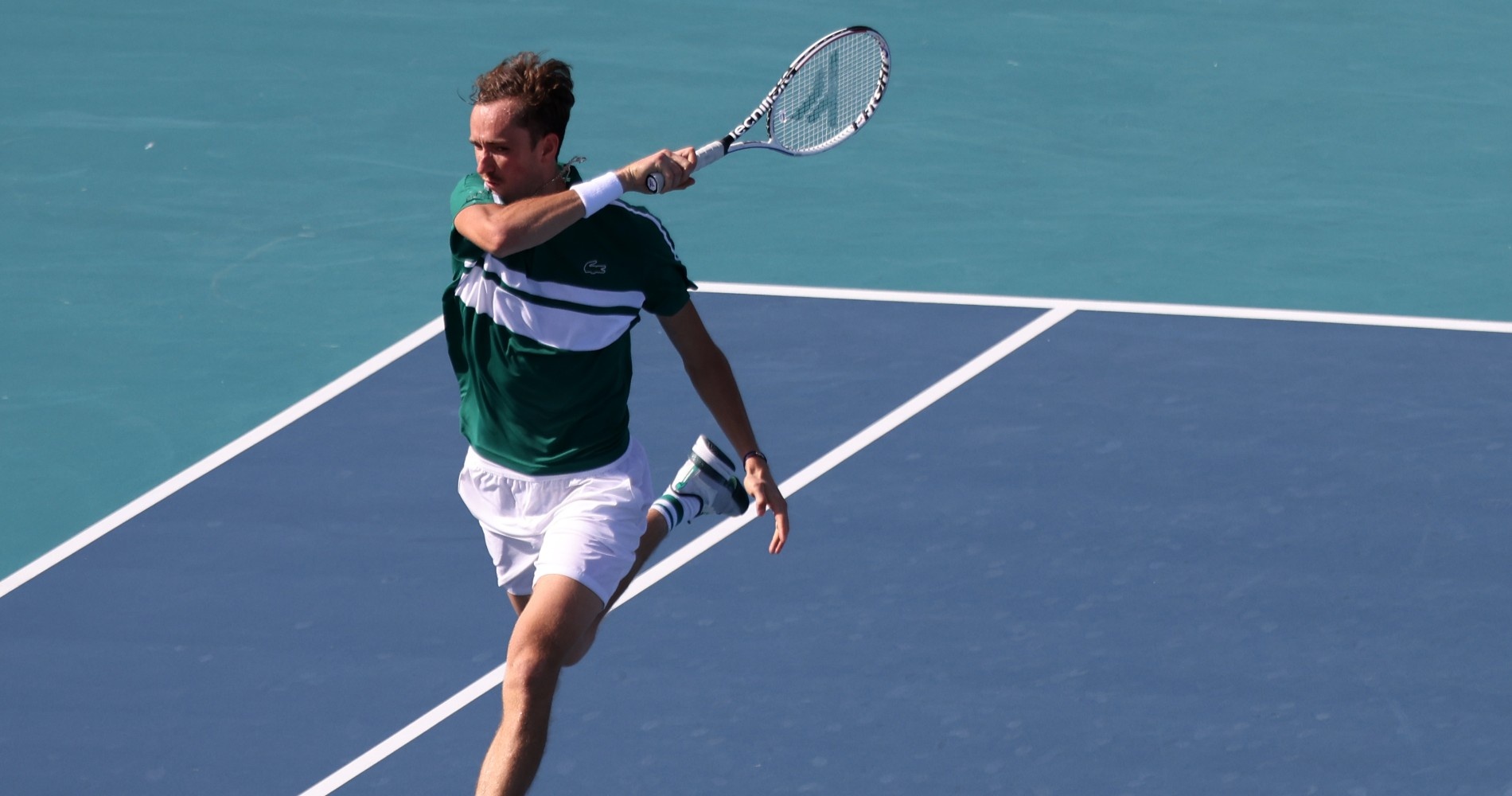 Top seed Daniil Medvedev is through to the quarter-finals of the Miami Open after a straight-sets win over American Frances Tiafoe. The Russian will take on Spain’s Roberto Bautista Agut in the last eight.

Meanwhile, Kazakh Alexander Bublik also moved into the quarter-finals even as Americans John Isner and Taylor Fritz joined Tiafoe on the sidelines.

Medvedev gets past American Tiafoe in straight sets

World No 2 Medvedev scored a 6-4, 6-3 win over Tiafoe to improve his record this season to 17-2 and reach the quarter-finals in Miami for the first time in his career. The Russian hit 11 aces in the match and converted three of the four break point opportunities, though the match itself was tougher than the scoreline suggests, the humidity making life difficult for both men.

The Russian revealed that he was feeling much better physically following the severe cramps he suffered in his previous round, which saw him limp around the court before getting over the line.

“The thing is tomorrow I’m definitely going to be feeling better than today. The match, I was not cramping and I was feeling quite good on the court and that’s important,” Medvedev said.

“That’s when you can recover, I still have time to recover well, to sleep well, and tomorrow I’m going to be definitely fresher than from the cramps of the other day, which today before the match was not easy. I had to focus mentally, to just say to myself, you know, I can make it. My legs can make it. I know I’m capable, but it was not easy. Tomorrow is going to be easier in terms of physical.”

Seventh seed Bautista Agut was involved in a tough battle against 18th seed Isner. The Spaniard won 6-3, 4-6, 7-6 (9-7) to book his spot in the quarter-finals. The Spaniard saved a match point at 5-6 in the third set tiebreaker and became the first player to win a tiebreak against the big-serving American at the Miami Open.

Isner was the only former champion of the Miami Open left in the draw, meaning that there will be a new name on the trophy this weekend.

Bautista Agut owns a 2-0 lead in head-to-head over Medvedev, who lost their last encounter in three sets at the Western & Southern Open, which was the first tournament after the tour resumed following a five-month shutdown. The Russian was the defending champion and lost after dominating the Spaniard in the first set.

“So was playing great tennis there, which I was surprised, but physically I was not able to hold the moment, and against somebody like Roberto, that’s important. I think that’s the main part. I had a lot of confidence coming in. Physically, again, I’m going to be feeling definitely better than two days ago or today, and I’m ready for a great fight against a great player.”

The Kazakh is through to his first-ever ATP Masters 1000 quarter-final and will next take on Italy’s Jannik Sinner, who defeated Finn Emil Ruusuvuori 6-3, 6-2 earlier in the day.