Daniil Medvedev recorded his third victory over Novak Djokovic in seven matches after a near faultless performance led to a 6-3, 6-3 victory at the Nitto ATP Tour Finals. 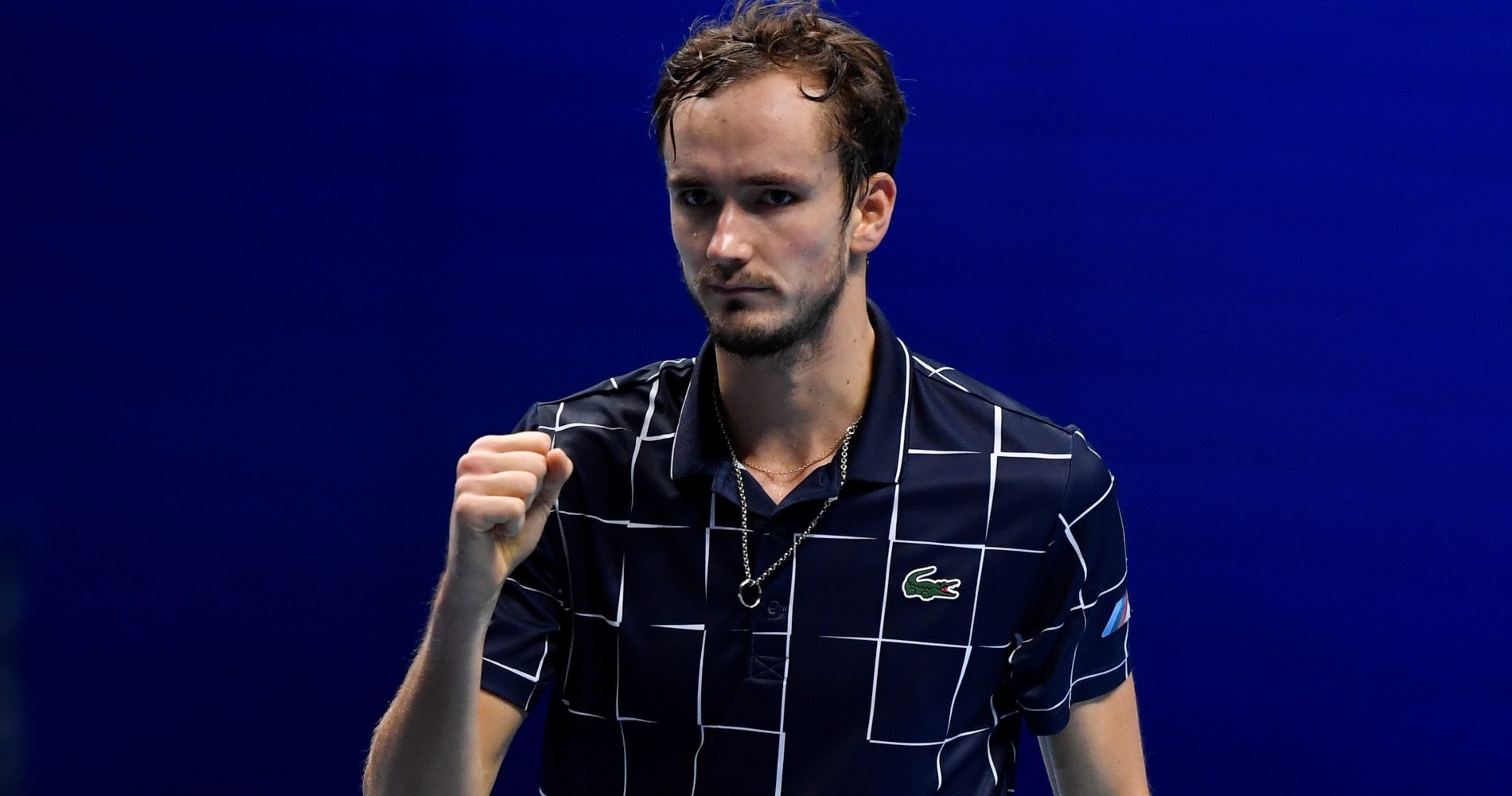 Djokovic went into the match with a statistical head-to-head advantage of 4-2, most recently triumphing at this year’s ATP Cup in Sydney in a tight three set tussle. But Medvedev, on this occasion, was totally dialled into his game and emerged the deserved victor.

The moment @DaniilMedwed defeated Djokovic 6-3 6-3 to book his spot in the last four of the 2020 #NittoATPFinals! pic.twitter.com/1TiKgFga7K

“I always like to play Novak, firstly because he’s one of the greatest champions in the history of our sport,” reflected Medvedev after the match. “When I was eight years I was already watching him on the TV winning Grand Slams when he was still young, so it was always a dream come true to play against him.

“Actually, he was the first of the ‘Big Three’ that I played in my career, in Davis Cup, so always amazing memories of matches against him. And of course, beating him I was serving good, playing safe enough in the most important moments and that’s why I got the win.”

The pair’s matches have always been tight encounters, the last three encounters all going the distance and Medvedev winning two of the three.

And again it was a match of top quality, picking up from where Nadal and Thiem left off on Tuesday night and filled with fabulous shot making and retrieving of the very highest order.

On this occasion, it was Medvedev who struck first after a marathon seventh game with his fourth break point of the match and third of that game. It should have come as no surprise, Medvedev on a winning streak of six wins, having won the Paris Masters.

What may have come as a major surprise was to see Djokovic broken again after intense Medvedev pressure, that pressure enough to force a double fault at the end of the set.

Superb Medvedev keeps up the pace to stamp authority

His tail up, the Russian started the second in similar fashion, three successive aces in a 60-second opening game affirming his dominance. One of the greatest returners, if not the greatest, had not garnered a break point in the match and had lost five games on the trot.

Only the foolhardiest of spectators would be so quick to write off the great Novak Djokovic so soon into a match, but Medvedev certainly had one wondering. He had only made six unforced errors compared to a rare 18 by his Serbian opponent.

And that consistency paid dividends early in the second, Medvedev breaking immediately after another extended game of high quality. Another hold, and it was an incredible seven games on the trot to the Russian.

Djokovic was now forced into ‘Plan B’, mixing his game up with drop shots and coming into the net, Medvedev feeling secure and willing to mix it from the back of the court. At 3-0 down and serving, it was a must win game for the Serb, a fifth double fault not the way he would have wanted to start and compounded by unforced error number 25.

Djokovic steadied the ship by getting on the scoreboard, yet at 1-4 down in the second the writing seemed to be on the wall. With 50% of first serves unreturned, Medvedev was having one of those days with the most potent of weapons, two more aces putting him a game from victory.

The World No.1 held firm, asking the serve it out question. But on this day, Medvedev was just too strong, serving out in style to record one of the greatest wins of an already impressive career.

Victory for Medvedev means he now already tops the group regardless of other results, and will now play the runner-up of Group Tokyo, that looks likely to be Rafael Nadal at the time of writing.

“To be completely honest, I’m sure he didn’t play his best today, but still it happens for everybody although it happens less for them than everybody but it’s still tough to beat them even on their bad days, so still really happy about the win again and feeling good, confident right now and it also makes the difference on the tennis court.

“Maybe he was a bit slow unusually somewhere, serving less good, so I knew I had to take my chances. I think he had only one break point, so it was a great match for me.”