Tennis Majors, with our partner Opta, gets you primed for one of Sunday’s key ATP matchups. 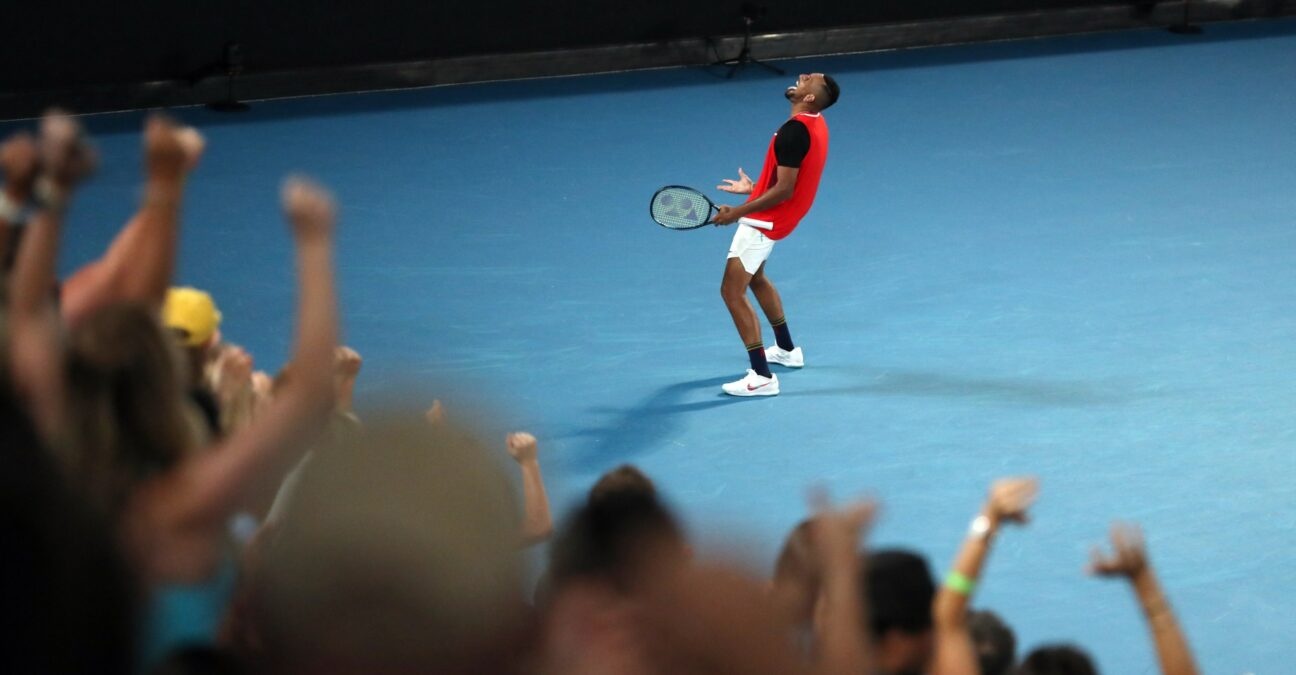 Two of the wildest, most controversial personalities on the ATP Tour are set to lock horns on Sunday in Florida as two-time Miami Open semifinalist Nick Kyrgios and Fabio Fognini will square off for the second time. Fresh off a quarterfinal last week at Indian Wells, Kyrgios is rounding into scorching form – look no further than the Aussie’s dominant 6-3, 6-0 victory over No 5 seed Andrey Rublev on Friday for proof.

Whether the Italian is playing his best tennis or not, Kyrgios knows he’ll have to expect the unexpected when facing the enigmatic Italian: “It’s a tricky one,” the Aussie told reporters on Friday. “Definitely probably two of the most unpredictable players on tour. But I played him once. Actually played him in Miami once. I kind of know what his game style is, and I had some success against him.”

Here are five things to know before Kyrgios and Fognini take the court on Sunday at the Miami Open:

1. They’ve met once before – in Miami

Kyrgios has won his only previous meeting against Fabio Fognini: it was also at the Miami Open in
2018 (6-3 6-3). Kyrgios won 54 percent of the points played in the match, despite the fact that Fognini won 18/21 first-serve points.

2. Kyrgios served lights out on that day

In the previous meeting against Fognini, Kyrgios did not concede a single break point chance to
his opponent. The Aussie fired nine aces and won 22 of 29 first serve points to get past Fognini in one hour and six minutes. He also won over 60 percent of his second-serve points.

4. Kyrgios loves to play in Miami