Monfils rewarded for a change of heart

The French Gael Monfils took the trophy on Sunday in Montpellier, and so won’t regret this last-minute change in his schedule. 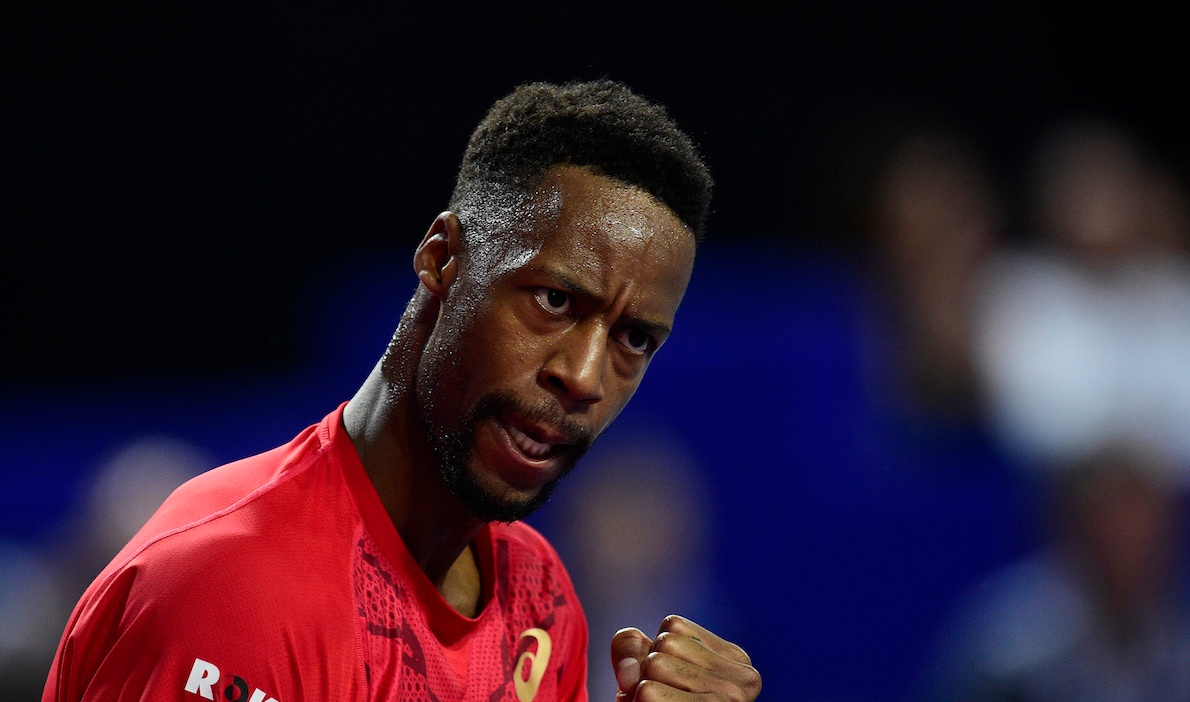 He wasn’t even supposed to be there, but Gaël Monfils came, saw and won. Convinced by Sébastien Grosjean, Davis Cup captain for France and Montpellier tournament director, the World n°9 did the job until the end by beating Vasek Pospisil (7-5, 6-3) in the final on Sunday.

After Stan Wawrinka and Andy Murray pulled out, Grosjean needed a big name to come and strengthen his draw: he did a great job by bringing Monfils! Finalist for a fourth time here, the French played a very focused and determined week to finish with the trophy, his third one here after 2010 and 2014.

He won’t end in the same league as the Big 3, but it’s worth noting that Monfils is right behind Roger Federer among the active players having played an ATP final in consecutive years: he has now played at least one final for the 16th year straight, for 20 on Federer’s side, 16 too for Rafael Nadal and 15 for Novak Djokovic.

On Sunday, he pushed his streak against Pospisil to 6-0 but that wasn’t an easy deal as the Canadian played his heart out despite some heavy legs after the big battle won the day before against David Goffin (6-3, 1-6, 7-5). Despite two big falls, despite a call for the trainer to work on his right hip, despite still being on his way back from a back surgery that took him out for eight months last year, Pospisil really showed up for this final, as he did the whole week.

Indoor, his power can be devastating when he really decides to go for every shot as big as he can. If his body holds up, as it seems to be doing since the end of last year, Vasek could really prove again that anything is Pospisil as they say in Canadian tennis. Side note: Pospisil, the first non-European player to reach the final in Montpellier, might also be the first one ever seen drinking maple syrup straight up from the bottle and changeovers!

As for Monfils, he shows again that when his head is fully into the game and when there’s no physical niggle to disturb him, he can contest every title against anybody. After deciding to stop his training block in Switzerland to come in Montpellier instead, he clearly decided it’d be worth it only with a title in the end.

He even brought his friends with him. And he never hid why he came here, stating “I’m number 9 in the world, I come here for an ATP 250: what do you think I’m here for” after the quarter-finals. Beaten in the fourth round of the Australian Open by Dominic Thiem, Monfils felt a bit bitter as he had come to Australia with bigger ambitions, so it’s good to see him bounce back in terms of motivation so quickly after.

He will now go defend his title in Rotterdam with a lighter heart and looser nerves. Sunday, in front of a packed crowd, France was more than glad to see that “La Monf’”, now 33, could still strike gold.

One response to “Monfils rewarded for a change of heart”