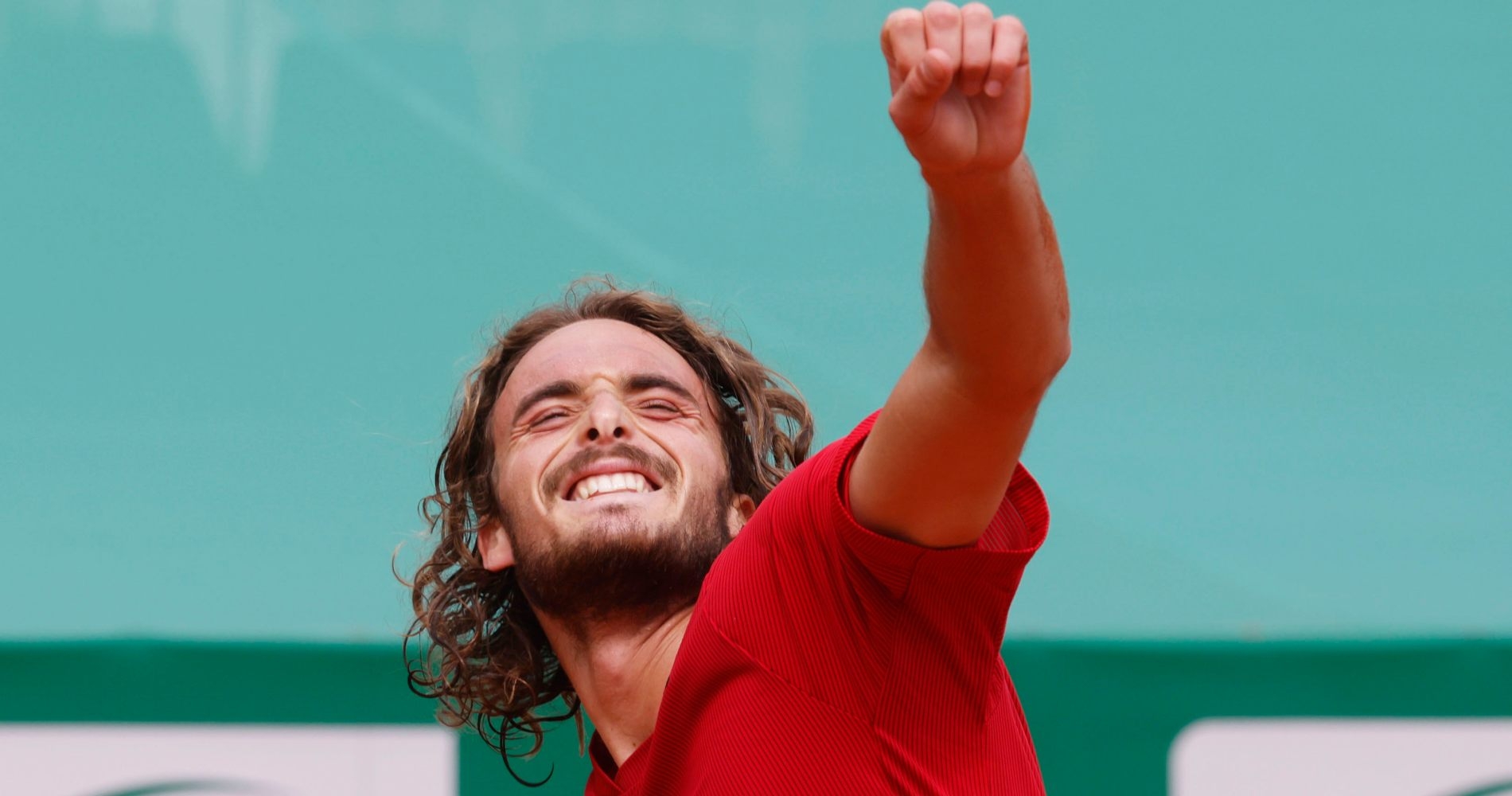 The Greek has now won 13 consecutive sets in that span and is looking forward to a big matchup with a familiar foe in the last eight.

Next up for the second seed is a meeting with Felix Auger-Aliassime, who beat fellow Canadian Denis Shapovalov 6-2, 6-3, while Jannik Sinner beat Roberto Bautista Agut 7-6 (11-9), 6-2.

“I’ve never played him on clay,” Tsitsipas said of Auger-Aliassime. “He’s someone that has done very well in recent years and [he’s] playing at the top of his form right now. I’m looking forward to the next battle, to the next difficulty that’s set, and can’t wait to compete against Felix.”

Auger-Aliassime, who has notched his first two wins with new coach Toni Nadal on his team, is feeling more confident after polishing off his Canadian rival with relative ease.

“I was happy with my level,” he said of his win over Shapovalov. “Today I did a good job to find solutions and to cause him trouble. In the end it’s never easy to step out there against him and I’m glad the way the match ended and I’m glad about the way I was able to play. A good level of tennis and a win in straight sets.”

Andrey Rublev, Diego Schwartzman and Pablo Carreno Busta also made it through.

Rublev has not been pleased with his form thus far at Barcelona, but he has found ways to win. Today he beat Albert Ramos-Vinolas, 6-4, 6-7(4), 6-4. Rublev’s 26th win of the season sets up a quarter-final clash with Italy’s Sinner.

The 19-year-old improved to 3-0 over world No 11 Roberto Bautista Agut with his hard-fought victory.

Gianluca Mager moved into the quarter-finals at the expense of Alexei Popyrin and Aslan Karatsev battled past Aljaz Bedene 6-3 4-6 7-6 (7-5) in Belgrade.

World No 1 Novak Djokovic will be back in action on Friday in Belgrade, facing Miomir Kecmanovic in quarter-final action.