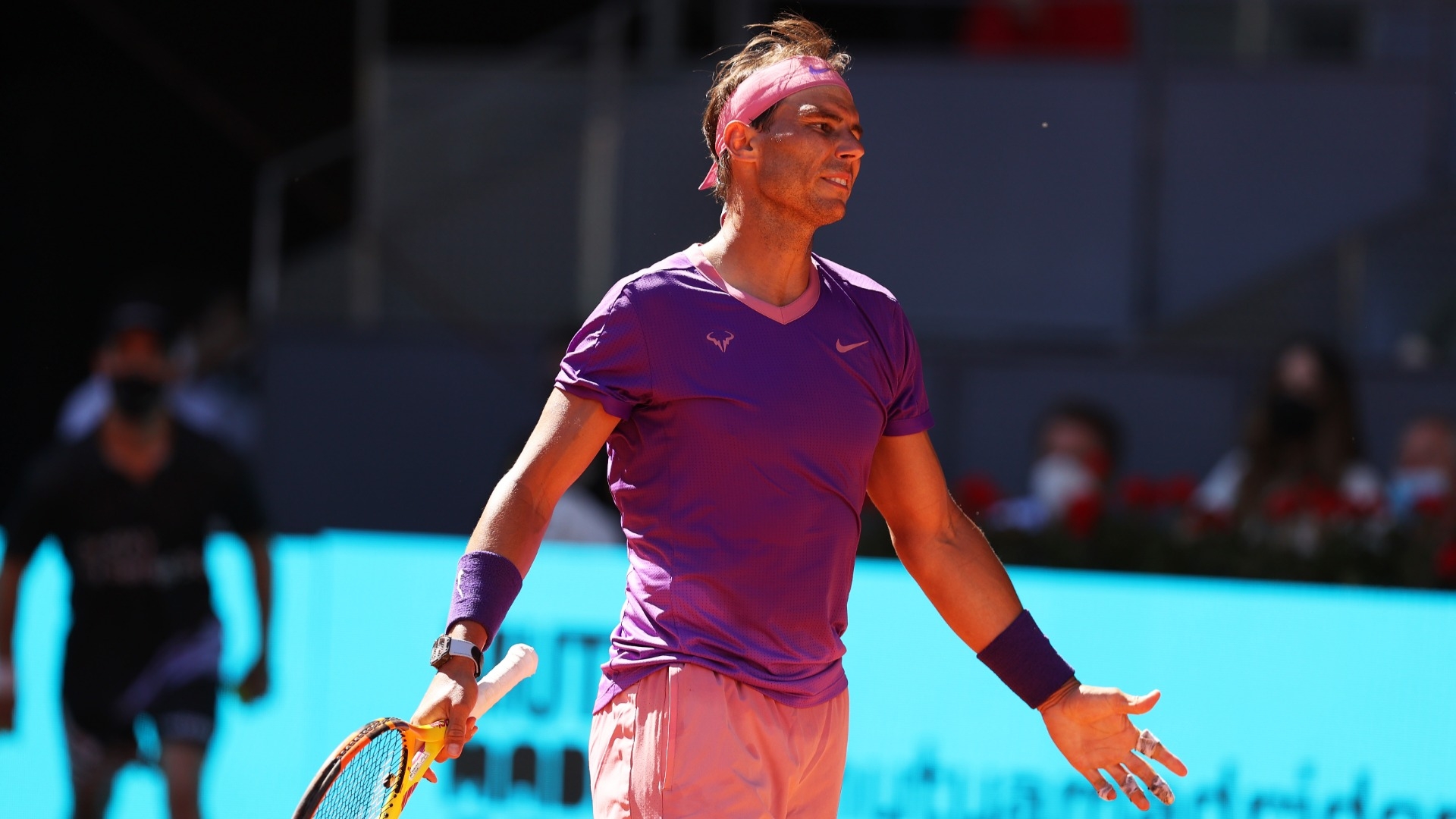 Rafael Nadal said his shock quarter-final defeat to Alexander Zverev at the Madrid Open was “very difficult to understand”.

Nadal, a five-time champion at the event, was a break up in the first set of his 15th quarter-final at Caja Magica but lost 6-4, 6-4 in an hour and 44 minutes as Zverev claimed the biggest win of Zverev’s career on clay.

While Nadal said he was largely pleased with his displays in the Spanish capital, he was at a loss to explain the manner of his defeat on Friday.

“I’m leaving Madrid with an overall positive feeling, but at the same time with the ugly feeling of having played a match like this today against a great player,” Nadal told a media conference. I think for most of the first set, I was playing better than him. And this is the negative part; while playing better than him in the first set, I still lost 6-4.

You love to see it @RafaelNadal took time after his match today to meet 93-year-old Manuela, one of his biggest fans.

“This is very difficult to understand, especially for me. When this happens to me, it’s usually in the opposite way. I find a way to win sets even though I’m not playing my best or as good as the opponent. I felt like I was playing better for much of the first set, but after a couple of errors – unjustifiable errors at the worst times – I found myself down a set. The outlook of the match changed there, both for me and for him. I knew then that a lot of suffering was waiting for me [in the second set], and for him, the knowledge that he just took a huge step forward during the match.”

Zverev will face Dominic Thiem in the last four after the Austrian overcame John Isner 3-6, 6-3, 6-4 in an hour and 55 minutes.

Thiem, who has now made it to the past four Madrid Open semi-finals, said: “I think we all know that he is one of the best servers in history and the altitude here in Madrid makes it even tougher to return his serve.

“I was a little bit surprised by his return games. I think he actually attacked both of my serves, the first and the second, and it took me a while to get used to it.”

Casper Ruud will meet Matteo Berrettini in the other semi-final.