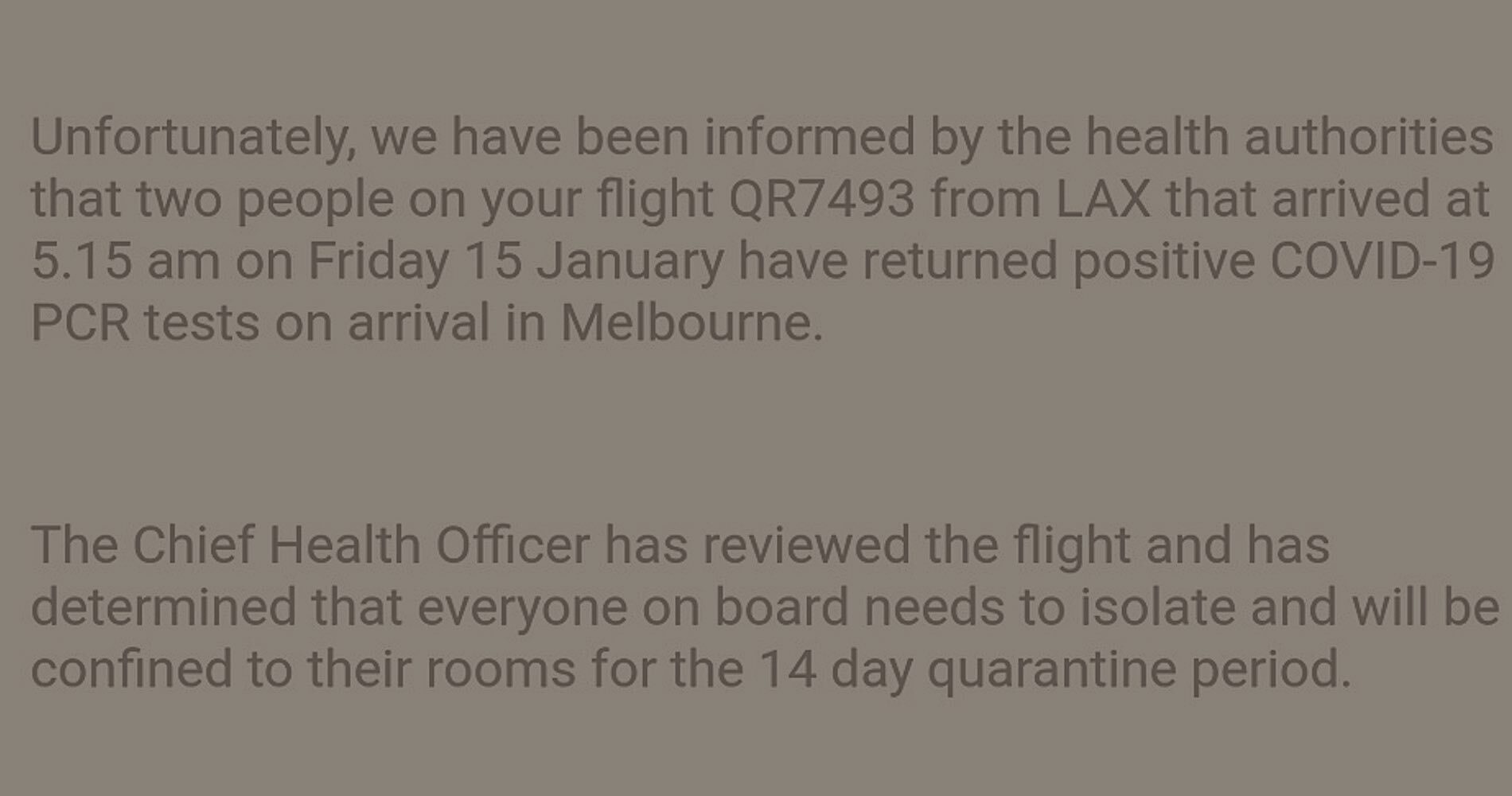 Victoria Azarenka, Kei Nishikori and Angelique Kerber are among 47 players who will be unable to practice during their 14-day quarantine in Australia after two charter flights to the country, containing players and coaches, produced positive tests for Covid-19.

Two people (one member of the flight crew and one non-player) tested positive on flight QR7493, from Los Angeles, which was carrying Azarenka, Nishikori, Sloane Stephens, Vasek Pospisil and many others, including Tennys Sandgren, whose late authorisation for travel forced that flight to taxi back to the terminal before he could be let on.

Late on Saturday night, Melbourne time, Sylvain Bruneau, the coach of Bianca Andreescu, revealed that he was the one to test positive on the flight from Abu Dhabi.

All three people had tested negative for Covid-19 up to 72 hours before boarding their flights but in two separate statements, Tennis Australia confirmed that all players affected will now be confined to their hotel rooms for 14 days of quarantine, with no allowance for practice or training, which will leave them short of time to prepare for the Australian Open, which begins on February 8.

Australian Open Tournament Director Craig Tiley said players would be given as much information and help as possible.

“We are communicating with everyone on this flight, and particularly the playing group whose conditions have now changed, to ensure their needs are being catered to as much as possible, and that they are fully appraised of the situation,” he said, in a statement. 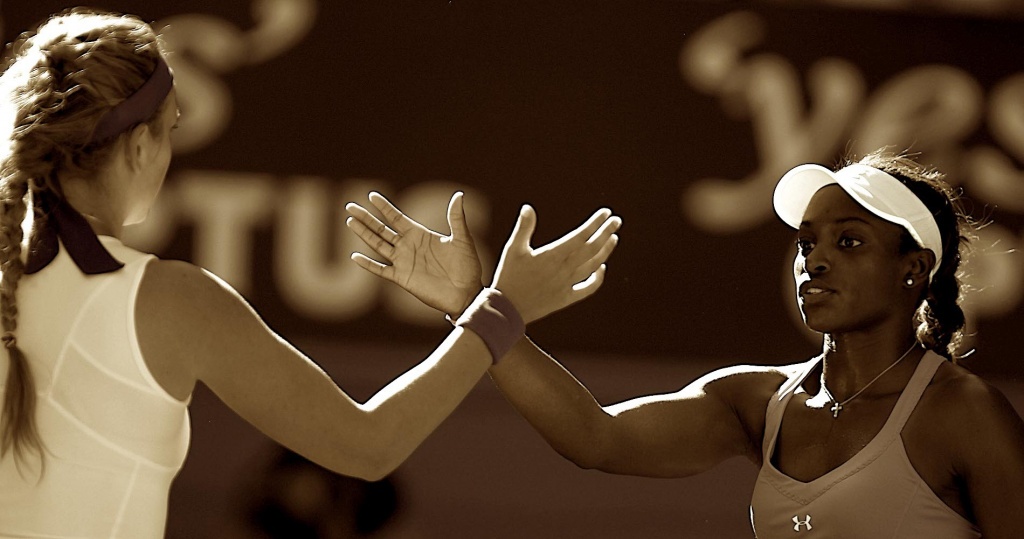 It is a headache for organisers, who had hoped to show the world that they could successfully transport more than 1,000 players, coaches and administrators to the country without spreading the virus. However, players will be locked down in quarantine for two weeks now, with no access to training, and they will not be released to play until they are “medically cleared”.

The news of the positive tests was initially spread by players who had been on board the flights, who received emails telling them the bad news, before a call with Australian Open organisers was held late on Saturday night, Melbourne time.

We have just been informed that a person on our flight from Abu Dhabi has returned a positive COVID-19 test. As a consequence, everyone on board needs to isolate in their rooms for the 14 day quarantine period. That‘s all I know for now! Let‘s wait and see… Good night 😘🙏🏼

There were two positive COVID-19 tests on Santiago Gonzalez’s flight to Melbourne from LAX and everyone on it will have to quarantine for two weeks. pic.twitter.com/mS510fWiOJ

And some, including Sorana Cirstea, Yulia Putintseva and France’s Alize Cornet expressed their frustration, with Cornet describing the situation as “insane” before later deleting her post.

People complaining we are entitled. I have no issues to stay 14 days in the room watching netflix. Believe me this is a dream come true, holiday even. What we cant do is COMPETE after we have stayed 14 days on a couch. This is the issue,not the quarantine rule.

And two WTA players – Marta Kostyuk and Paula Badosa – shared a chat about the issues they’ll be facing.

Those players who are not affected – those on other flights – will be allowed to practice and train for up to five hours per day, during their 14-day quarantine. If they are unable to practice, their participation in the scheduled warm-up events at Melbourne Park, from January 31 to February 7, with the Australian Open due to begin on Feb 8.

Some of the top players, including world No 1 Novak Djokovic, No 2 Rafael Nadal and women’s world No 1 Ash Barty and Naomi Osaka, are all quarantining in Adelaide, where they will also play an exhibition later on. In a statement, the Australian Open said no one in the Adelaide group had “an active Covid-19 infection”.

Update from Adelaide: SA Health has confirmed that there is no one who has an active COVID-19 infection in the entire tennis cohort based in Adelaide. Testing will continue on a daily basis.

Victoria has had 10 consecutive days without any local transmission of the virus.