Every day, Tennis Majors takes you back in time to relive a tennis event which happened on this specific day. On June 15, 2008, Rafael Nadal won the Queen’s Club event a few days after Roland-Garros and became the first player to win both the titles in the same year 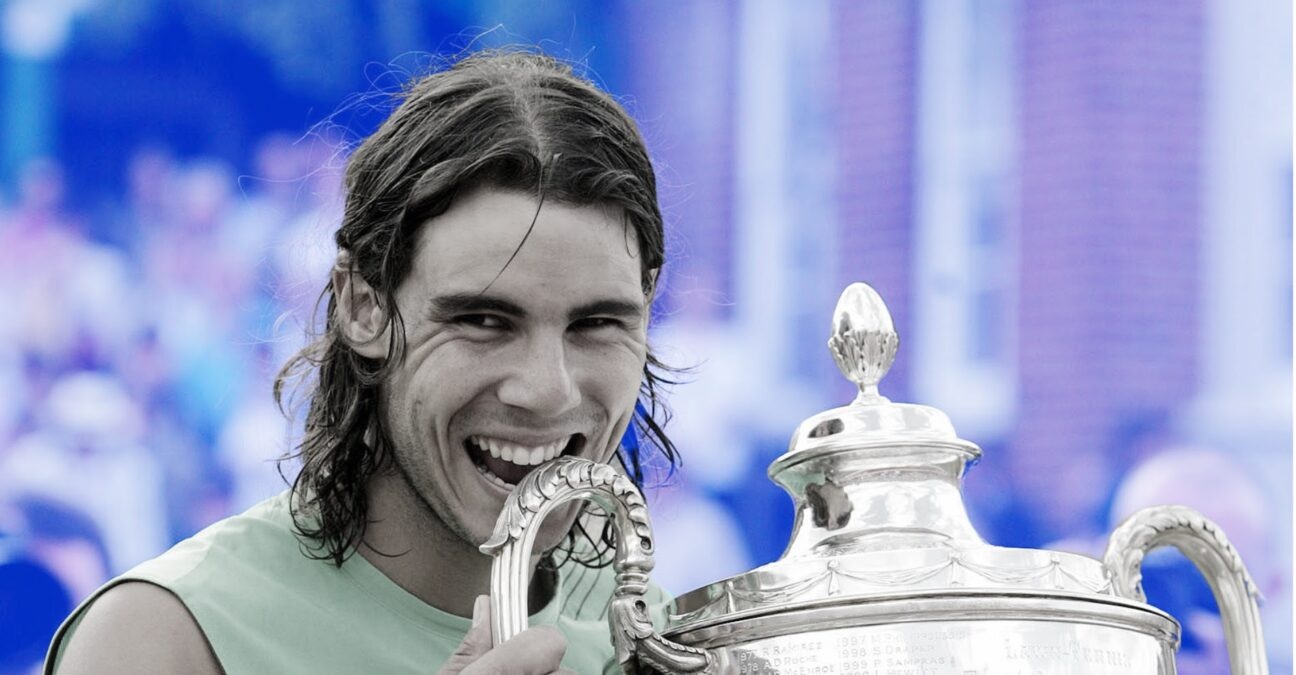 On this day, June 15, 2008, Rafael Nadal claimed the title on the grass courts of Queen’s Club, defeating Novak Djokovic in the final (7-6, 7-5), just a week after he had triumphed on clay at Roland-Garros. No one had managed to win both tournaments the same year before the Spaniard.

Without taking any rest and without any time to adjust to the surface change after the clay-court season, Nadal won his first tournament on grass and became the first Spanish male player to win a grass court tile since 1972. The Bull from Manacor sent a timely warning to Roger Federer right before Wimbledon.

Rafael Nadal was only 22, but his achievements had already secured him a place in tennis history. Ranked No 2 in the world since the summer of 2005, Nadal had already claimed 27 titles, including four Grand Slam trophies. He remained undefeated at Roland-Garros: since his first appearance, in 2005 – four times had he participated in Paris and four times he was the champion. No one had even managed to push him to a fifth set there. Besides, not only was he considered almost unbeatable on clay, having lost only two matches since his loss against Igor Andreev in Valencia in April 2005, but he had now made his game more aggressive in order to win on faster surfaces.

Novak Djokovic was born in 1987, a year after Rafael Nadal, and turned professional in 2003. His breakthrough year was 2006, when he reached a Grand Slam quarter-final for the first time, at Roland-Garros, beating world No 9 Fernando Gonzalez on the way, a few weeks before he claimed his first ATP title in Amersfoort, Netherlands.

In 2007, the Serb won his first ATP Masters 1000 tournaments in Indian Wells and Montreal (where he edged world No 1 Roger Federer for the first time). He obtained outstanding results in Grand Slam tournaments, finishing runner-up at the US Open to Federer (7-6, 7-6, 6-4), and reaching the semi-finals at both Roland-Garros and Wimbledon.

The Queen’s Club, founded in 1886, was the first multi-sport complex ever built. Its main activity was tennis, and it was owned by the British Lawn Tennis Association from 1953 to 2007. The Queen’s Club Championships were held there since 1890. Considered as the second biggest grass-court event after Wimbledon, numerous tennis legends had lifted the trophy there through the years.

Rafael Nadal had not taken a break after winning Roland-Garros. For the fourth consecutive year, he was already competing on grass a couple of days after lifting the most prestigious clay-court trophy in the world. So far, he had faced some trouble switching surfaces so quickly and had never made it past the quarter-finals at the Queen’s Club, but this year was different.

In 2008, Rafa had outclassed everyone at Roland-Garros, where no one had been able to win a single set against him. He was riding high on confidence and it seemed like he could achieve anything. This time, in the quarter-finals, he survived a thriller against the ace machine Ivo Karlovic (6-7, 7-6, 7-6), and in the semi-final, he defeated former Wimbledon runner-up Andy Roddick, who had won the Queen’s Club Championships four times (7-5, 6-4).

Novak Djokovic, who had been defeated by Nadal in the Roland-Garros semi-final had enjoyed a couple more days to adjust to the grass. He made the best out of this extra-time and on his way to the Queen’s final, he destroyed two dangerous grass-court players, Lleyton Hewitt (6-2, 6-2) and David Nalbandian (6-1, 6-0), who faced each other in the 2002 Wimbledon final.

Rafael Nadal and Novak Djokovic, despite their young age, had played against each other eight times already, and Nadal had prevailed all eight times.

The Serbian got off to the better start. Very aggressive, he took the advantage over Nadal and was soon up, 3-0. When he obtained a game point to lead 4-0, it seemed that Djokovic was going to dominate their second encounter on grass – almost a year after he had to retire after claiming the first set of their 2007 Wimbledon semi-final. However, Nadal’s fighting spirit was not to be counted out.

The Spaniard managed to even the score and to push Djokovic into a tiebreak. Playing unusually long rallies on grass, both players were now delivering a great performance. Nadal saved a set point at 6-5 and won the tie-break 8-6 after 74 minutes of play.

In the second set, after coming back from 0-2 down, Djokovic broke the Spaniard at 4-4. Unfortunately for him, he didn’t convert the opportunity: losing the next three games, he conceded the second set, 7-5. Rafael Nadal was the 2008 Queen’s Club champion.

Rafael Nadal, claiming his first-ever title on grass, became the first Spanish male player to lift a trophy on grass since Andres Gimeno in 1972, and the first player to ever win Roland-Garros and the Queen’s Club the same year. He was now ready for Wimbledon.

What next? Nadal and Djokovic would both go on to Wimbledon multiple times

Three weeks later, Rafael Nadal would become the sixth player to triumph at the Queen’s Club and at Wimbledon the same year, after he won a legendary final at the All England Club against Roger Federer (6-4, 6-4, 6-7, 6-7, 9-7).

In 2008, despite his high hopes, Djokovic would lose to Marat Safin in the second round of Wimbledon (6-4, 7-6, 6-2). It would take a long time for Djokovic before he would win a second Grand Slam tournament. Until the 2011 Australian Open, the Serb would be the perennial No 3, behind Nadal and Federer, but that year, claiming three of the four major events, he would eventually become world No 1, a spot he would hold for 282 consecutive weeks. Novak Djokovic has now claimed 84 titles on the tour, 19 of them in Grand Slam tournaments.

The Nadal-Djokovic rivalry would become one of the biggest rivalries in tennis history, as they would face each other 58 times, with both players now having 29 victories each. 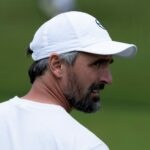