Djokovic will take on Norway’s Casper Ruud for a place in the final – and a 1,000th ATP Tour win 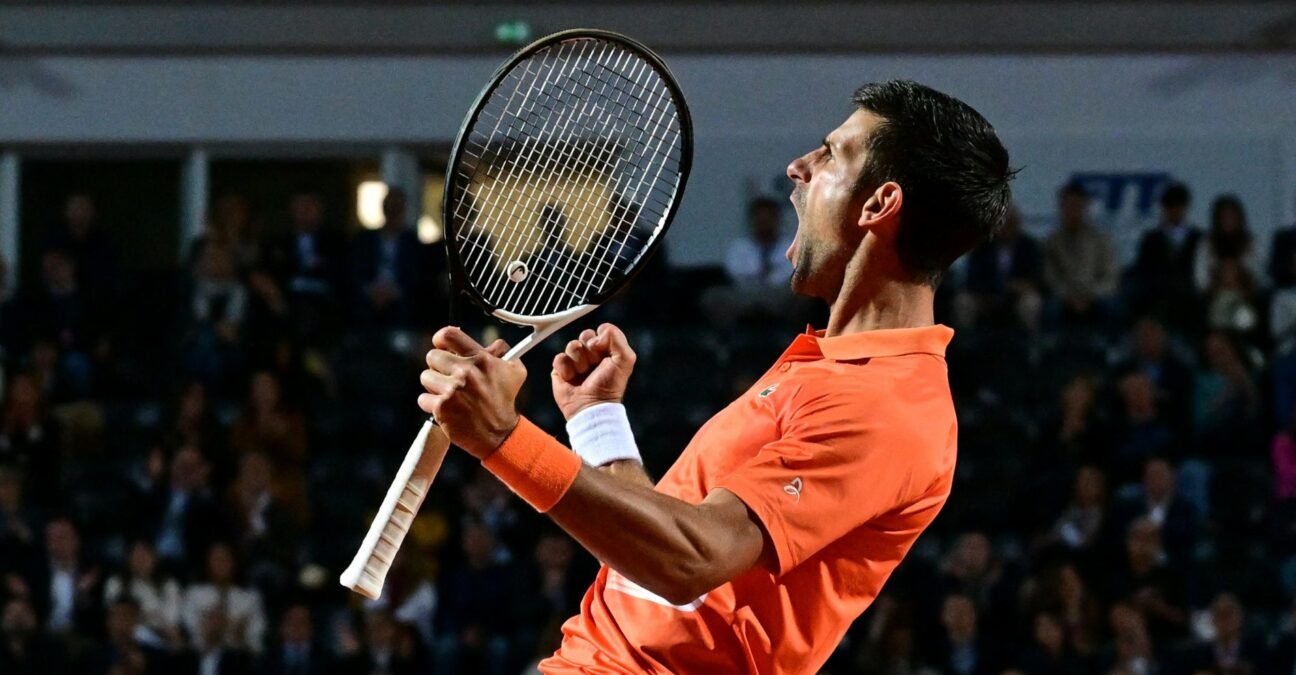 Novak Djokovic ensured he will remain the world No 1 going into Roland-Garros later this month after he saw off world No 9 Felix Auger-Aliassime 7-5, 7-6 (1) in a brilliant encounter at the Rome Masters on Friday.

Chasing his first title of 2022, the Serb was pushed hard at times but played probably his best match of the year as he ran out a convincing winner to set up a semi-final clash with Casper Ruud, the Norwegian who took out Rafael Nadal‘s conqueror Denis Shapovalov.

“I thought it was a high-level tennis,” he said. “Never faced him before…he’s got a lethal serve. It was not easy for me at all to return. He did ask me to raise the level and I had to play consistently well. I thought I could have finished the match earlier, I had a set and 5-2, match point, but credit to him.”

Djokovic has now won 999 matches on the ATP Tour and if he beats Ruud in the semi-finals on Saturday, he will become only the fifth man, after Jimmy Connors, Ivan Lendl, Roger Federer and Nadal to win 1,000 matches.

Surprisingly, Friday night’s meeting was the first between Djokovic and Auger-Aliassime and in the early stages, the two men were feeling each other out, looking for weaknesses.

On a warm evening, conditions were heavier in the daytime and both had trouble hitting through the other, but it was Djokovic who struck first, breaking for 5-3. Auger-Aliassime, who has reached at least the quarter-finals in the past three Grand Slam events, broke back but at 6-5, Djokovic forced the issue again and took the set with a rasping forehand cross-court to move ahead.

Auger-Aliassime stayed with Djokovic at the start of the second set but the world No 1 was having a lot of success pulling the Canadian out of position on the forehand side, and another acute angle brought him two break points at 3-2.

Auger-Aliassime saved the first with an ace and the second with a big serve and forehand combination but after the longest game of the match, Djokovic flicked a brilliant topspin backhand lob over the advancing Auger-Aliassime to clinch the break.

Auger-Aliassime didn’t let his head drop, forcing two break points in the next game only for Djokovic to save them both, the first with a massive forehand, the second when Auger-Aliassime missed with a groundstroke after Djokovic had seen his own backhand slide off the baseline.

Djokovic held for 5-2 but there was still time for more drama as Auger-Aliassime broke back for 5-4 – saving a match point in the process – and then levelled at 5-5. Djokovic steadied the ship with a love hold and the Canadian then produced a wonder shot on his way to forcing a tiebreak, sending a forehand cross-court when it seemed as if he could not get to the ball.

Djokovic played a brilliant drop shot to get the first mini-break in the tiebreak at 2-0. Having maintained his advantage to 4-1, he flicked a backhand pass to get another mini-break and change ends in 5-1. A big forehand set up six more match points and he needed just one of them as he clinched victory. 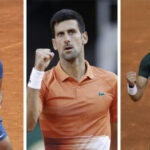 Rome won’t change anything: Djokovic, Nadal and Alcaraz could end up in the same section of the draw at Roland Garros
tennis majors 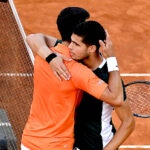