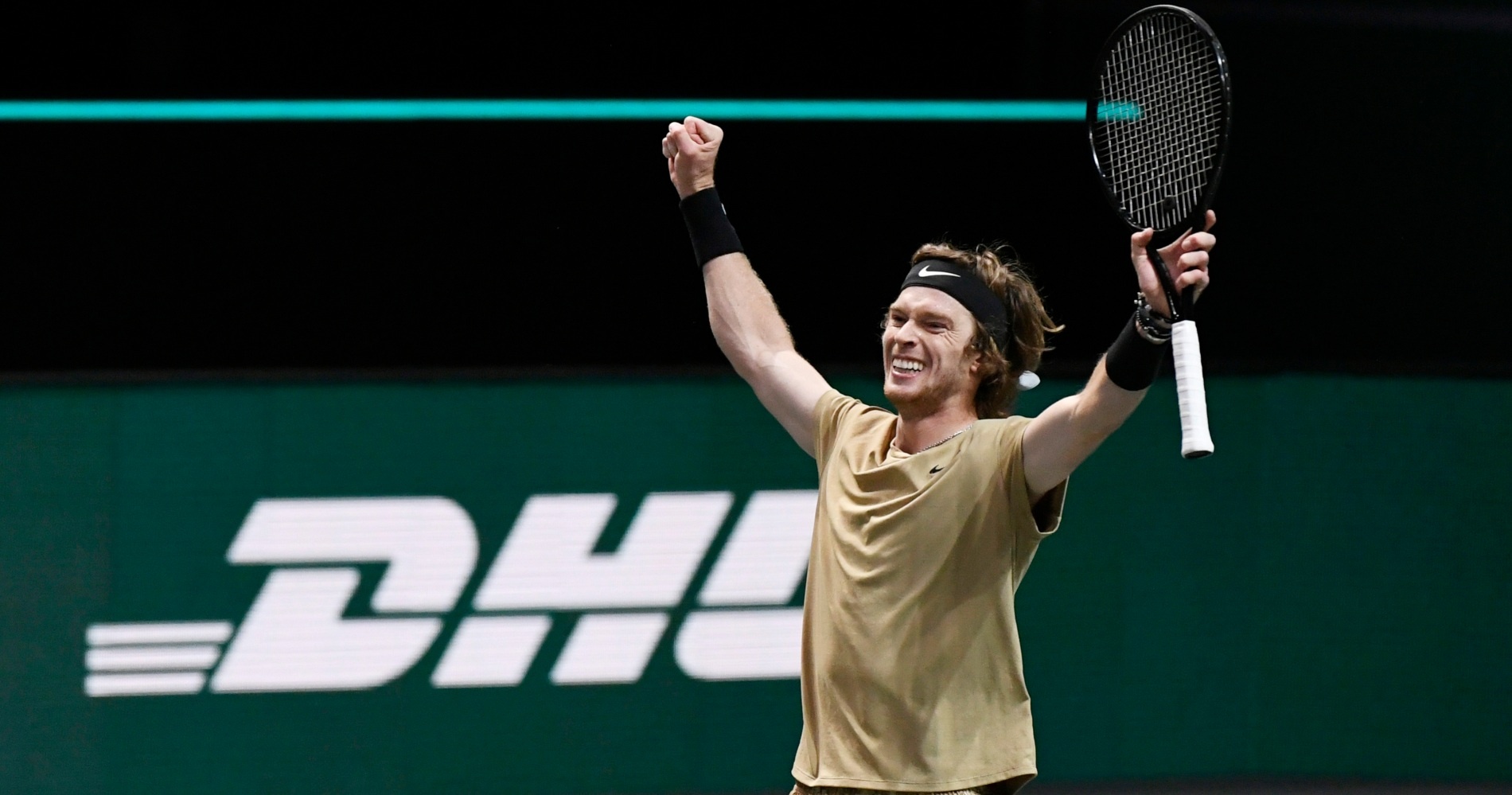 The gods appear to be smiling on Andrey Rublev after the Russian reached the semi-finals of the ExxonMobil Open on Thursday without hitting a single ball all week.

Having received a bye into the first round, the world No 8 was handed a walkover by Frenchman Richard Gasquet in round two and then another by Marton Fucsovics in the quarter-finals on Thursday, the Hungarian citing a lower back injury.

“I’m so lucky that I’m in semi-finals without even playing one match,” Rublev said. “It’s really helpful because I just arrived from Rotterdam and of course I was tired, so this has given me a lot of recovery time.

It’s the first time in ATP Tour history – since it was officially created in 1990 – that a player has made it to the last four of a singles event without playing a match.

Rublev’s victory in Rotterdam extended his incredible winning streak in ATP 500s to 20 matches and by reaching the semi-finals he is already guaranteed $52,595 and another 90 ranking points.

The lack of matches could affect Rublev’s rhythm when he comes to play his semi-final against Roberto Bautista Agut, who knocked out top seed Dominic Thiem in three sets.

However, Rublev has been able to get plenty of practise in doubles, as he and Aslan Karatsev have reached the doubles final thanks to a 7-6, 7-6 victory over Jeremy Chardy and Fabrice Martin.

“Playing doubles has helped me get used to the conditions,” Rublev added while Karatsev joked that his partner was better with him on the court alongside. “Now we are more like doubles specialists, especially him,” he said.