Casper Ruud powers past Cameron Norrie for fifth title of 2021, and first on a hard court

Casper Ruud raced past Cameron Norrie in the San Diego Open final to become the first ATP player to claim five titles in 2021. 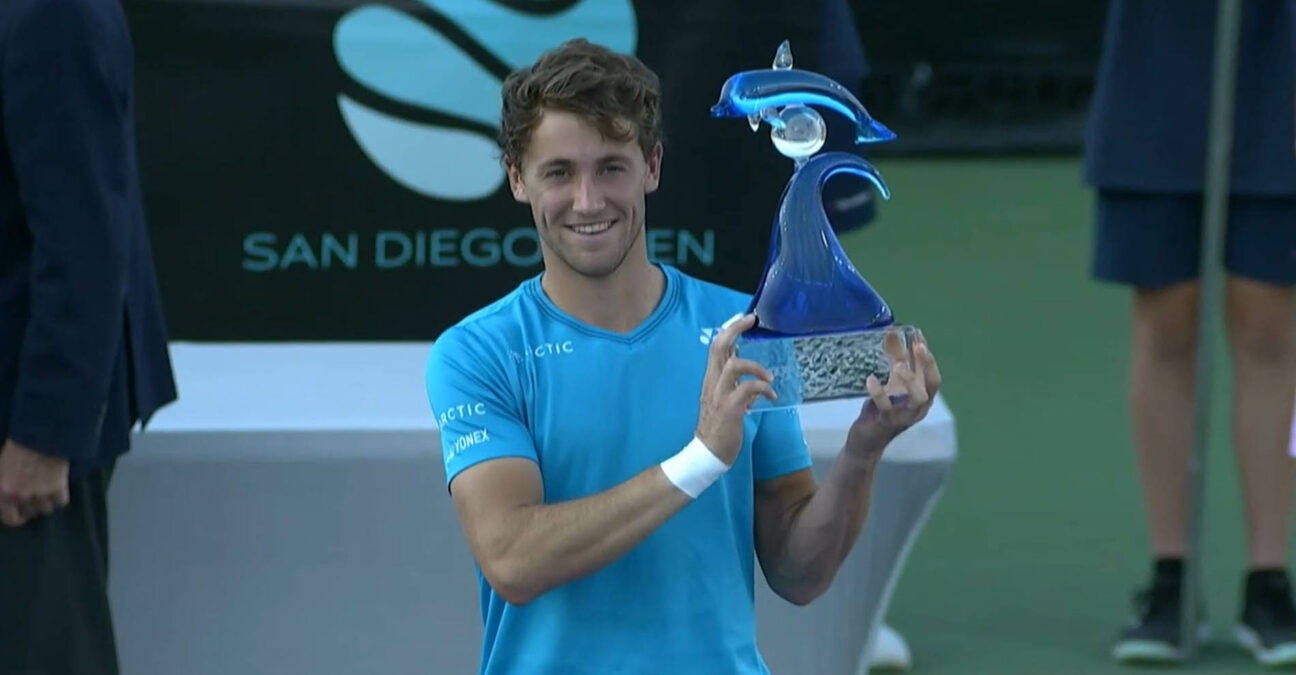 Casper Ruud started Sunday’s San Diego Open final with Cameron Norrie on a mission, and by the time it had ended – just about an hour later – he was still on a mission. The Norwegian’s flawless 6-0, 6-2 victory over the Norrie is a statement of intent that Ruud isn’t just hungry for titles, he can earn them on any surface.

Ruud’s fifth title of 2021 is special for many reasons. First it sets him atop the ATP’s list of title leaders for 2021, ahead of Novak Djokovic, Daniil Medvedev and Alexander Zverev, who each have four; second it improves his status in the ATP’s Race to Turin significantly. Ruud started the year at 27 in the world but he’s currently eighth in the Race to Turin standings with a clear path to qualification that starts next week at Indian Wells. 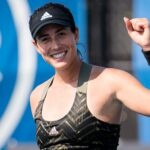 A dominant performance from start to finish

Ruud has made a habit out of performing well in finals this year. He has won all five finals he has played and only once dropped a set. In the ten sets he has won, only once has he lost more than four games. But today was by far his most dominant performance in a title match, as he was on top of Norrie from the very start and never let his level slip.

Ruud broke Norrie five times on six opportunities and dropped a total of 12 points on serve during the 61-minute contest. He never faced a break point and rarely missed his mark with his groundstrokes from either wing. It was a calm, composed performance and one that demonstrates that he has a knack for excelling in big matches.

Ruud has now won six of his last seven ATP finals, and improves to 47-12 on the season with the victory.

Heading to Indian Wells with an eye on Turin

With a grip on the 8th spot in the race to Turin (actually seventh due to the fact that Rafael Nadal is done for the season) Ruud will set his sights on locking down more points at the BNP Paribas Open, where he will make his main draw debut next week.

He will enter the main draw for the first time while holding a lead of 150 points over Hubert Hurkacz and 420 points over Jannik Sinner.

“I know that now I will jump to eight and it’s fun,” Ruud said after the final. “Jannik and Hubert are the guys behind me and within these two weeks we have all won a tournament each. It’s strong competition now and I think us three are the closest ones to capturing the last two spots, obviously there some big events being played soon – with Indian Wells there are 1,000 points on the line, also in Paris and Vienna [500] so there is no way I can kind of relax and think that I will make it.

“That’s fun, I think that’s how it should be. It should be a strong competition and whoever gets there in the end deserves it more, simple as that, but this win really helps me, in a part of the year where I haven’t previously done to well it’s great to have another tournament win.”

Five titles is great, but Slams would be better

Ruud was asked about what it feels like to lead the ATP in titles in October, and he joked that he’d gladly trade his five 250 titles for Novak Djokovic’s Grand Slam haul.

“Obviously Daniil and Novak, they have bigger titles,” he said. “I wouldn’t mind switching up with them if I had the opportunity. Five 250s for three Slams and a 250 that Novak has, it’s a bit higher level but that’s fine, I think that’s more impressive obviously, but I will take it, I’m leading this week… it will be fun to end the year with the most titles, I cannot lie about that.”