The Rolex Shanghai Masters tournament director, Michael Luevano, tells us what the plans are in order to stage the Masters 1000. And also why it maybe won’t happen. 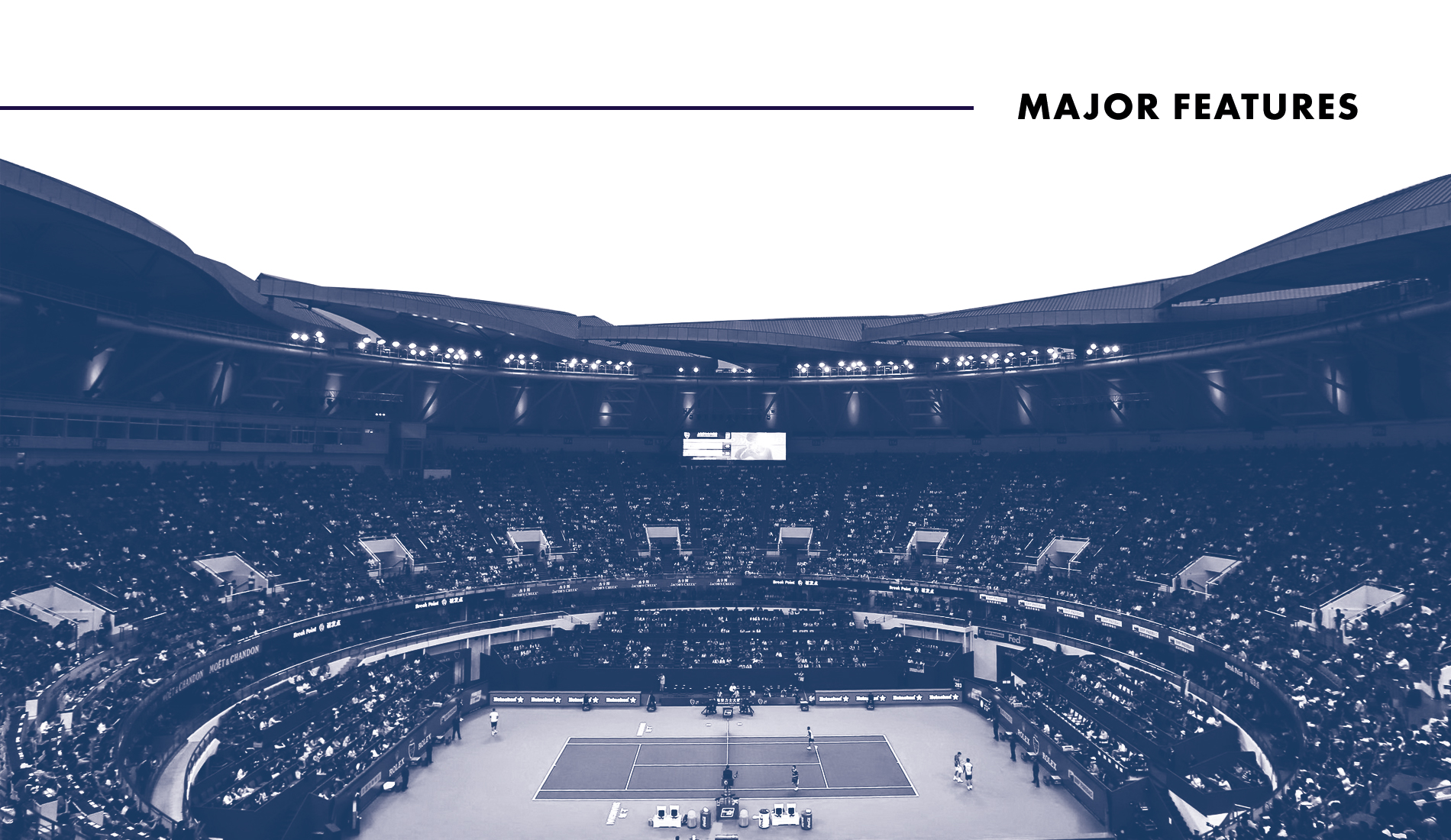 The only Masters 1000 event in Asia is still planning to be held as scheduled in October (11-18). The Rolex Shanghai Masters tournament director, Michael Luevano, back at work in his office since February, tells us what options he is considering in order to make the event happen, as well as the obstacles in the way.

Since March, Shanghai has been trying to bring life back to normal but it is also being extremely vigilant to avoid imported cases of the coronavirus and has implemented strict guidelines to follow. Everyone is keeping an eye on a potential second wave of Covid-19 in a city that has, for now, succeeded in getting the situation under control.

Will the country and the city open its borders to foreigners in October? Here’s the biggest question of course. In the meantime, Luevano has to prepare for every scenario and that’s just what he does, something of a unique exercise for a tournament director. But the Rolex Shanghai Masters, which offers total prize money of $7.679 million, has the means to do it. 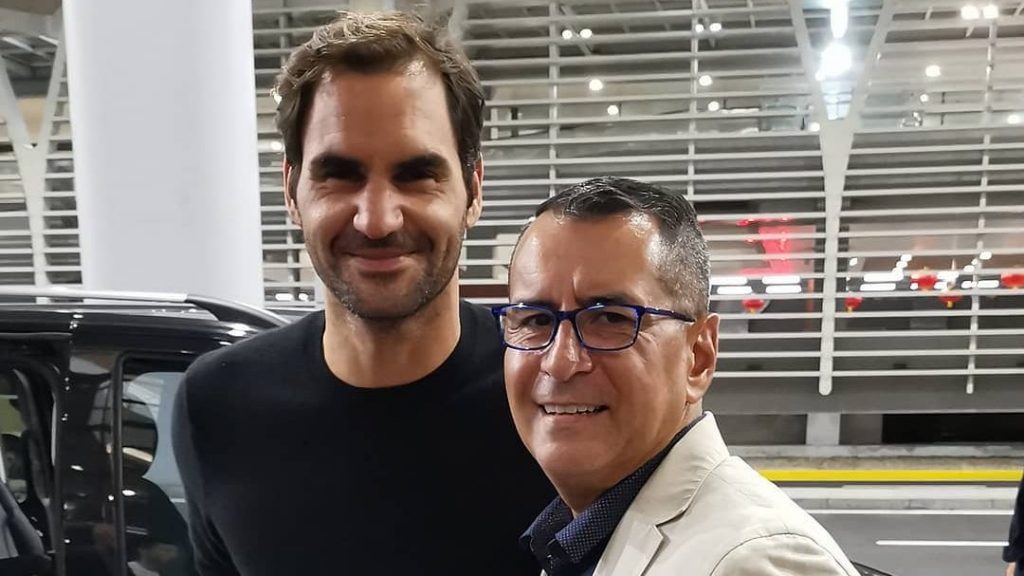 MICHAEL LUEVANO, you’ve seen tennis suspended around the world. What does that mean for you as of now?
For the Rolex Shanghai Masters: we’re in a unique position. We’re ideally positioned, I suppose, if the world were to get back to a semblance of normality. The real issue would be, I think, the travel restrictions that may be still in place leading into the tournament, which would certainly impact the ability for players to even access the China market, without potentially having to be in quarantine. We are exploring a number of different options and precautions but ultimately in this country, it won’t be our decision: it will be the government’s decision if they want to proceed with a large scale sporting event or even an event that is played behind closed doors.

Until when can you wait? Can you wait until the end of August, the start of September to say if you can proceed or not?
Yes, I think probably the end of August or very early September, which would be pushing it. And of course, the ATP will also have their position. But ultimately, it will come down to the local government telling us we can stage or we cannot stage the event. We’re a large company and we do a number of other sports events, including Formula One, and showjumping, and athletics so a number of our properties have been pushed into the fall but without dates, so because it’s so fluid, it changes from week to week. But we’re optimistic. And our advantage, I suppose, is that we’re a government entity, so if unfortunately, we couldn’t stage an event this year, we’ll certainly be ready for 2021 with little impact.

Do you think tennis, in general, can take the hit financially?
There certainly will be some smaller businesses that will not be able to survive. This will be unfortunate for some of the Tour. I hope not, but I think we will see an impact. And I think for the ATP, it’s too early to say, but certainly, they’ll survive. But the main revenue streams for the ATP Tour are the (ATP) Finals: if they can stage the Finals, at least in my opinion, then I think they’ll be healthy. But if they can’t stage the Finals there will have to be certain modifications to the business model.

Do you think the Tour may actually find a way to improve?
This may be the time… As we see now the situation of the governing bodies, with the French Open deciding unilaterally to move in September… So it may be the time for much more of a collective effort and a coordinated effort with the entities of tennis. It’s also possible that’s it’s the opportunity to perhaps clean up the calendar. There can be and there should be a change that comes from this terrible situation. It’s so tragic for the sport, but we still must remain positive. This is a moment in time that will certainly define us as a sport. And we should take everything positive for when we’ll be on the other end of it. 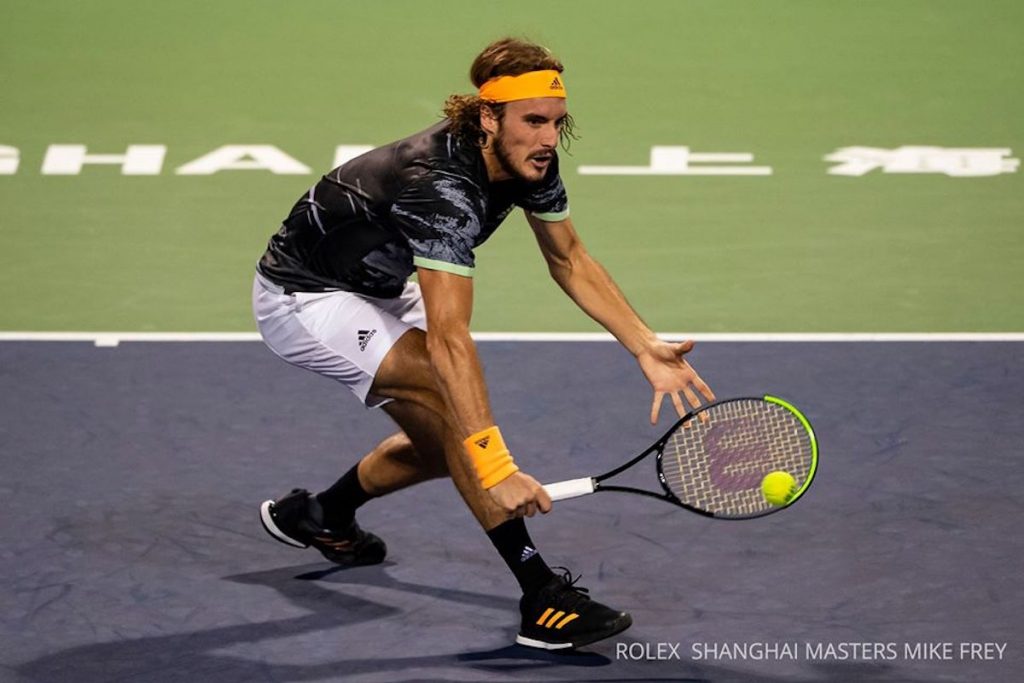 For the lower-ranked players who have zero revenue right now: do you feel the ATP or the tournaments should do something to give them financial support?
It’s a very difficult question… Being an individual sport, being an individual contractor. The way we’re structured, of course, in my heart, I would say absolutely. But as a business person…For example, if I was an entrepreneur starting a company and I tried for years and years but couldn’t get it or couldn’t reach a higher level, no one would bail me out. So, yes, hopefully, it’ll be a catalyst for change positively for the players and the tournaments. But we have to be realistic. My heart still goes out to the lower-ranked players.

It must be weird for you to prepare for a tournament without knowing if it’s going to take place or not?
Yes, it is quite unusual. It’s almost like playing a war game with the different scenarios and the options that could become available to us. Or what if this scenario happened? How do we plan for that? So it’s unique. It can be very creative. But we’re learning new things actually! We’re pretty good at what we do across all of our sports properties that we’ve done for many years. So we would be prepared to react to three or four scenarios, given the opportunities to stage, whether that be no public, whether that be to quarantine the players in one specific hotel.

If we had to charter aircraft from one destination in Europe, we’ve gone through a number of different scenarios. Or if they could get into China, could we put everyone on an aircraft and just bring them in. Absolutely. We’re prepared to go to great length for our stakeholders, for the ATP, for the city of Shanghai, and for our fans. Even if we had a limited audience, it still would be good for the fans. I’m optimistic. You have to be. You have to stay motivated. It’s even too early to talk about it now until we see what happens, for example, at the US. Open. And we’re actually flexible to move later in October if needed.

Are you in touch at all with Beijing for the China Open?
Yes, we’ve had conversations. But because they are a combined event, they have kind of a different mandate than we do. But all of the other tournaments, like Chengdu and Zhuhai, we’re all in contact. And I’m not sure that the Sports Commission in Beijing, the administration of sports, will allow one tournament to be staged and not the other. It’s still the unknown. But we’re all in this together anyway. And the rest of the calendar will be impacted if the situation carries through the summer.