Tsitsipas goes down, beaten by Bedene

Stefanos Tsitsipas lost in straight sets against Aljaz Bedene (7-5, 6-4) on Thrusday in Rotterdam. A disappointment. 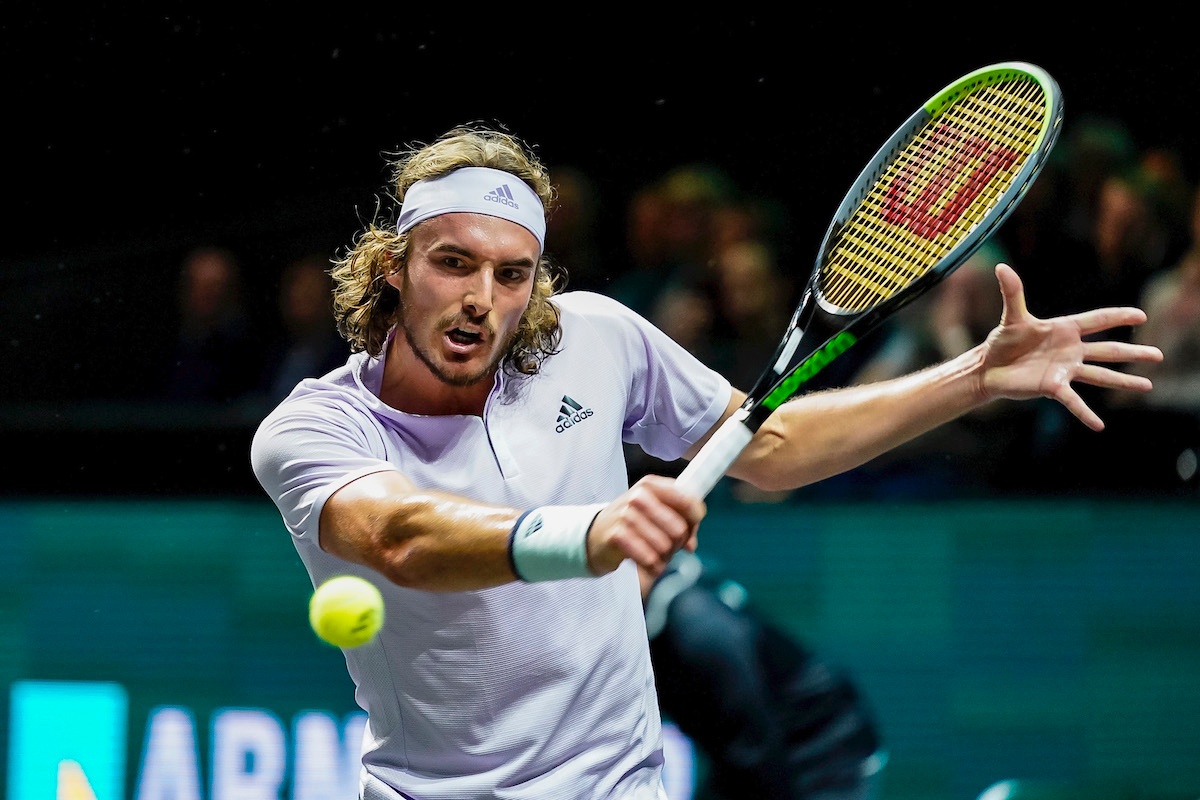 One horrendous game was enough. For a terrible service game at 5-5, Stefanos Tsitsipas not only lost the first set against Aljaz Bedene but the whole momentum, his focus and then the match. Punished for not converting any of the three break points he had at 4-3, the Greek joined Daniil Medvedev and David Goffin through the door. Seeds 1, 2 and 4 are down in Rotterdam! It was a bit written on Tsitsipas face through this match: you could see he was struggling to find his timing, you could see he wasn’t feeling the ball well enough. But still, one was thinking that with a good old fight he’d have the last word against Bedene, world n°52. But it’s the outsider who was clutch when it mattered the most, who had a cold enough mind to play the right shot at the right time.

Tsitsipas, unable to find his way, kept missing. Bedene, on his side, kept doing what he does best: he played a super solid match. Not wow flashy, not up and down, just right where his best tennis is: counterpunching, serving big and waiting for the opening to strike. If you’re more powerful than he is, defend better than he does and play faster than he can, you win. If you’re having a so-so day and are lacking some rigor here and there, things can go messy, especially indoors where Bedene’s flat shots can be really tricky. At 5-5, Tsitsipas basically gifted the set to his opponent though, by losing his serve with four consecutive unforced errors: a shanked forehand, a double fault, a missed forehand on his second shot, a missed forehand on his second shot. He wasn’t even angry at himself, he was looking like a player who is seeing how terrible he’s playing without being able to fix it. And when it rains, it pours: with bad sensations often comes bad luck. At 1-1 in the second set, a passing shot from Bedene clipped the net, passed Tsitsipas and then landed in. And this one break would be enough for Bedene to go all the way, finishing his upset in style with a splendid forehand down the line on the run. A masterpiece for him, a disaster for Tsitsipas.

For his first tournament since his loss in the third round in Melbourne, the 21 years old fell short here too from what are his logical ambitions now. Winning ugly is something extremely difficult to do and accept in tennis, but it’s a crucial stage to go through. And it still seems that Tsitsipas is fighting against that rule a bit too much, which is a common problem for all those top players who are also great perfectionists. But one day you win ugly, the next you’re back to your flashy self: except there’s no way to have a chance to shine again if you haven’t gone through the rough day previously. This first confrontation with Bedene should bring Tsitsipas some useful lessons for the future. Also here hoping that the right shoulder pain he felt in his first match against Hurkacz was just what he said it was to the ATP: tension. Also, that’s the thing with him: he wants to win so badly, he wants to play perfect tennis so badly that he can be his worst enemy. On some days, it’s way too much to be fighting both for a win and for perfection.