August 17, 2004: The day Federer lost two matches at the Olympics

Every day, Tennis Majors takes you back in time to relive a tennis event which happened on this specific day. On this day in 2004, Roger Federer was defeated in the singles & doubles events at the 2004 Olympic Games in Athens within the span of a few hours 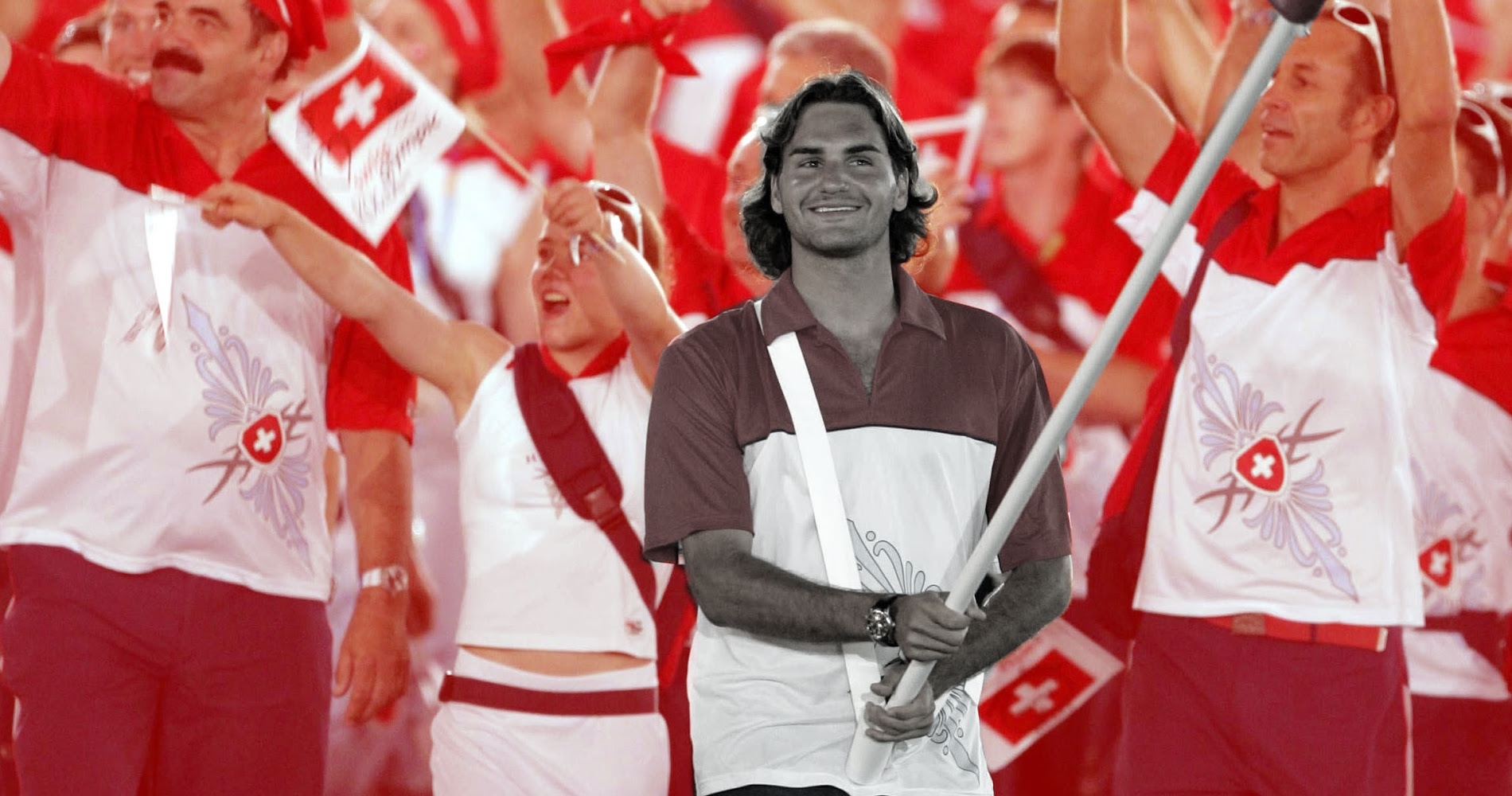 What happened exactly on that day: Nightmare day for Federer

On this day, August 17 in 2004, in Athens, world No 1 and gold medal favorite Roger Federer was eliminated from the Olympic Games in both the singles and doubles events. In singles, the Swiss was defeated in the second round by the 79th ranked player in the world, a young Czech named Tomas Berdych, 4-6, 7-5, 7-5. An hour later, he came back on court with his partner Yves Allegro only to lose against Indian doubles specialists Leander Paes and Mahesh Bhupathi (6-2, 7-6).

Roger Federer, born in 1981, had recently become the new leader on the ATP tour. In his early years, Federer had performed well. His mind-blowing game amazed the world tennis and he was soon proclaimed as the future World No 1. Expectations grew even bigger when, at the age of 19, he defeated seven-time Wimbledon champion, Pete Sampras himself, in the fourth round of the 2001 Championships (7-6, 5-7, 6-4, 6-7, 7-5). However, young Federer was also quite emotional and didn’t cope very well with this pressure. Entering the top 10 in June 2002, his records in major events had not matched his talent yet : in his first 16 Grand Slam appearances, he never made it past the quarter-finals. His biggest disappointment was his first-round loss in Roland-Garros 2003, where he lost in straight sets against Luis Horna, ranked No 88, after a poor performance.

Perhaps this loss awoke the champion in him; one month later, he claimed his first major crown at Wimbledon, defeating Mark Philippoussis in the final (7-6, 6-2, 7-6). His confidence and his hold on the tour grew relentlessly, despite an early loss at the US Open. In the 2003 Masters Cup final, he delivered a masterclass to edge Andre Agassi (6-3, 6-0, 6-4), and no one could challenge him at the 2004 Australian Open, where he outclassed Marat Safin in the last round (7-6, 6-4, 6-2). Winner in Dubai, Indian Wells and Hamburg, the Swiss seemed untouchable, until the Roland-Garros fourth round, where former champion Gustavo Kuerten delivered a vintage performance to beat Federer in straight sets (6-4, 6-4, 6-4).

After this disappointment, Federer was soon back on track, remaining undefeated on grass, triumphing in Halle before claiming a second title at Wimbledon, defeating Andy Roddick in the final (4-6, 7-5, 7-6, 6-4). After a trip back home to win the Gstaad clay-court tournament, the world No 1 then clinched another Masters 1000 crown in Toronto, beating Roddick once again (7-5, 6-3). Despite a surprising early loss in Cincinnati (first round against Dominik Hrbaty 1-6, 7-6, 6-4), he was by far the favorite to win the gold medal when he landed in Athens for the Olympic Games.

Tomas Berdych was born in 1985. The 18-year old Czech was taking his first steps on the main tour. Less than a year earlier, he had just made his Grand Slam debut, entering the 2003 US Open draw as a lucky loser and reaching the second round (defeated by Juan Ignacio Chela, 2-6, 6-1, 6-4, 6-3). In February 2004, he made his way out of the qualifications at the Australian Open and reached the second round again, where he was brutally dismissed by Andre Agassi (6-0, 6-2, 6-4). Thanks to this performance, he entered the top 100 for the first time. In the following months, he obtained his best results in Challenger events, and won only three matches at the ATP tour level (Barcelona, Stuttgart and Kitzbuhel). Entering the Olympic draw, Berdych held the 79th position in the world rankings.

The place: The Olympic Tennis Centre in Athens, Greece

At the 2004 Olympic Games in Athens, the tennis event took place on hardcourts, at the Olympic Tennis Centre, which housed 10 courts. For the first time, the Olympic tournament allocated ATP ranking points to the players, hoping to attract the top players, without much success : despite the presence of top-ranked Federer, many other stars were missing : Guillermo Coria (No 3), Andre Agassi (No 6), Lleyton Hewitt (No 8), David Nalbandian (No 9) and Gaston Gaudio (No 10). In total, 172 players competed in four events.

The story: Berdych overcomes loss of first set to stun the world No 1

Roger Federer was the big favorite at the 2004 Olympic Games in Athens. The Swiss had won almost everything since the start of the year, with the notable exception of Roland-Garros. The only concern was his stamina : Federer had played a lot in the previous weeks, having entered four tournaments already since his Wimbledon triumph, barely taking a week off. In fact, in his last tournament, in Cincinnati, he was upset in the first round for the first time since Roland-Garros 2003, defeated by world No 21 Dominik Hrbaty (1-6, 7-6 ,6-4).

Federer’s first round in Athens confirmed that the Swiss could be physically or mentally exhausted. Facing Russian Nikolay Davydenko (No 53), he was pushed into a third set, and was awarded a ball abuse warning in the second set after throwing a ball in anger. “It’s a long time since I got my last warning,” he admitted in the press conference.

In his second round, Federer faced Berdych, who displaying a very aggressive game style, had eliminated world No 38 Florian Mayer (6-3, 7-5), but no one thought that he could challenge Federer in any way.

Even if he looked slow-footed, Federer broke his opponent’s serve at 2-2 and managed to stay ahead to take the set 6-4. Despite the loss of the first set, the Czech’s confidence started to increase in the second set, while the best player in the world was making unusual mistakes. Federer gave away the decisive break at 6-5 in the second set with three double faults and a volley error. In the decider, Berdych faced four break points at 5-5. But being so close to defeat, the youngster played amazing tennis to stay alive. A few minutes later, a backhand return winner down the line sealed Berdych’s biggest performance : he had just upset the unbeatable Federer in a major competition.

Berdych was of course thrilled, according to the BBC : “It was everything. This guy won Wimbledon and the Australian Open and now you are the player who beats him. Unbelievable.”

The Czech said he’d been given an advantage by the fact the match was not played in the main arena. “It’s hard to play these big players on Centre Court because they have more practice there. It’s easier on the outside courts where they haven’t been practicing or playing.”

On the other hand, the Swiss could not be more disappointed, especially as he faced a second loss later that day. About an hour after his handshake with Berdych, he was back on court, partnering Yves Allegro, only to be eliminated from the doubles event by the ‘Indian Express’ Leander Paes and Mahesh Bhupathi (6-2, 7-6).

“It’s a terrible day for me losing singles and doubles,” said Federer, quoted by Rediff.com. “I’ve been playing non-stop, you know. And it’s obvious, it’s going to catch up with me, eventually. Unfortunately it’s during the Olympics. (…) Obviously I was aiming for a better result than this but that’s what I got. So I have to live with it. I wasn’t real happy with my serve, my forehand, my backhand, my movement. So that about sums it up.”

What next? Federer wins the doubles gold in 2008 but singles gold medal continues to elude him

Tomas Berdych would win one more round in Athens, defeating Tommy Robredo (7-6, 4-6, 8-6), before losing to Taylor Dent in the quarterfinals (6-4, 6-1). In November 2005, the Czech would win the Paris Masters 1000 event, and he would then become a solid top 10 player, reaching five Grand Slam semi-finals, and finishing runner-up to Rafael Nadal at Wimbledon in 2010. With countryman Radek Stepanek, playing both singles and doubles, Berdych would achieve the feat of clinching two consecutive Davis Cup titles in 2012 and 2013. After climbing as high as World No 4, in 2015, Berdych would retire in 2019.

Roger Federer would never win a gold medal in singles, but he would achieve that feat in doubles, at the 2008 Beijing Olympics, partnering Stan Wawrinka. In 2012, he would win a silver medal in London, going down in the final to Andy Murray (6-2, 6-1, 6-4).

In total, Federer and Berdych would face each other 26 times in their career, with Federer holding a 20-6 record against the Czech. 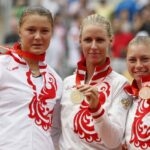