Lorenzo Sonego has one ATP singles title to his name and defeated Novak Djokovic en route to the 2020 Vienna final as a lucky loser. Here are responses to some common questions about the Italian 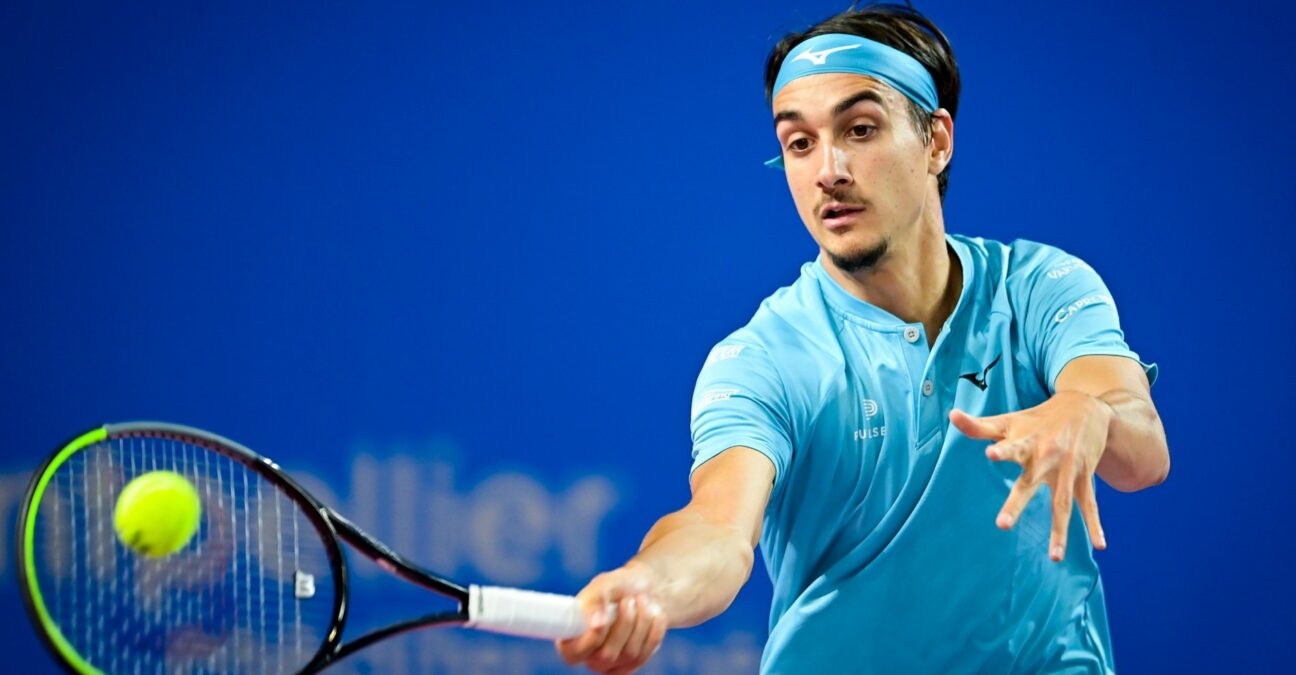 Who is Lorenzo Sonego?

Lorenzo Sonego is an Italian player who competes on the professional tennis circuit. Born on May 11, 1995, Sonego resides in Turin, the venue for the 2021 Nitto ATP Finals.

Sonego started playing tennis at the age of 11 with Gipo Arbino, who remains his coach to this date.

What is Lorenzo Sonego’s highest ranking?

Sonego’s highest ranking has been No 32 which he achieved in November 2020 after reaching the final of the ATP event in Vienna as a lucky loser. His current ranking and ranking history are available on his ATP Tour profile page.

How much prize money has Sonego won in his career?

The Italian has won more than $2.1 million in career prize money. You can find his updated prize money stats on his ATP Tour profile page.

Sonego defeated world No 1 Novak Djokovic 6-2, 6-1 in the quarter-finals of the Erste Bank Open in November 2020. The Italian, who went on to reach the final, became the first lucky loser to beat Djokovic. The match also equalled the fewest games that Djokovic has ever won in a match.

How many ATP titles has Sonego won?

Sonego has won one ATP singles title in his career so far. The Italian saved championship point against Miomir Kecmanovic to win the Antalya Open on grass in 2019. He broke into the top 50 for the first time after winning that title.

What is Sonego’s best performance at a Grand Slam?

Sonego’s best result at a Grand Slam has been a fourth-round appearance at the 2020 Roland-Garros. After beating Emilio Gomez in 5 sets, and Alexander Bublik and Taylor Fritz in straight sets, the Italian went down to 12th seed Diego Schwartzman in straight sets in the round of 16.

Sonego’s match against Fritz is the longest tiebreak (the third set was won by the Italian 19-17 in a tiebreaker) on record in Roland-Garros history.

The tiebreak at 3th set between 🇮🇹 Lorenzo #Sonego and 🇺🇸 Taylor Fritz is the longest in @rolandgarros history#RolandGarros pic.twitter.com/pyeGvgRFq9

Sonego claims that if he was not a tennis player, he would have played football. His favourite team is Torino FC, an Italian professional football club based in Turin.

The Italian grew up idolising Roger Federer and Jo-Wilfried Tsonga. He also looked up to football player Ronaldinho.

Is Sonego on social media?