Thiem played like one of the big three – Medvedev

Daniil Medvedev said he felt Dominic Thiem is now playing on the same level as the big three of Novak Djokovic, Rafael Nadal and Roger Federer. 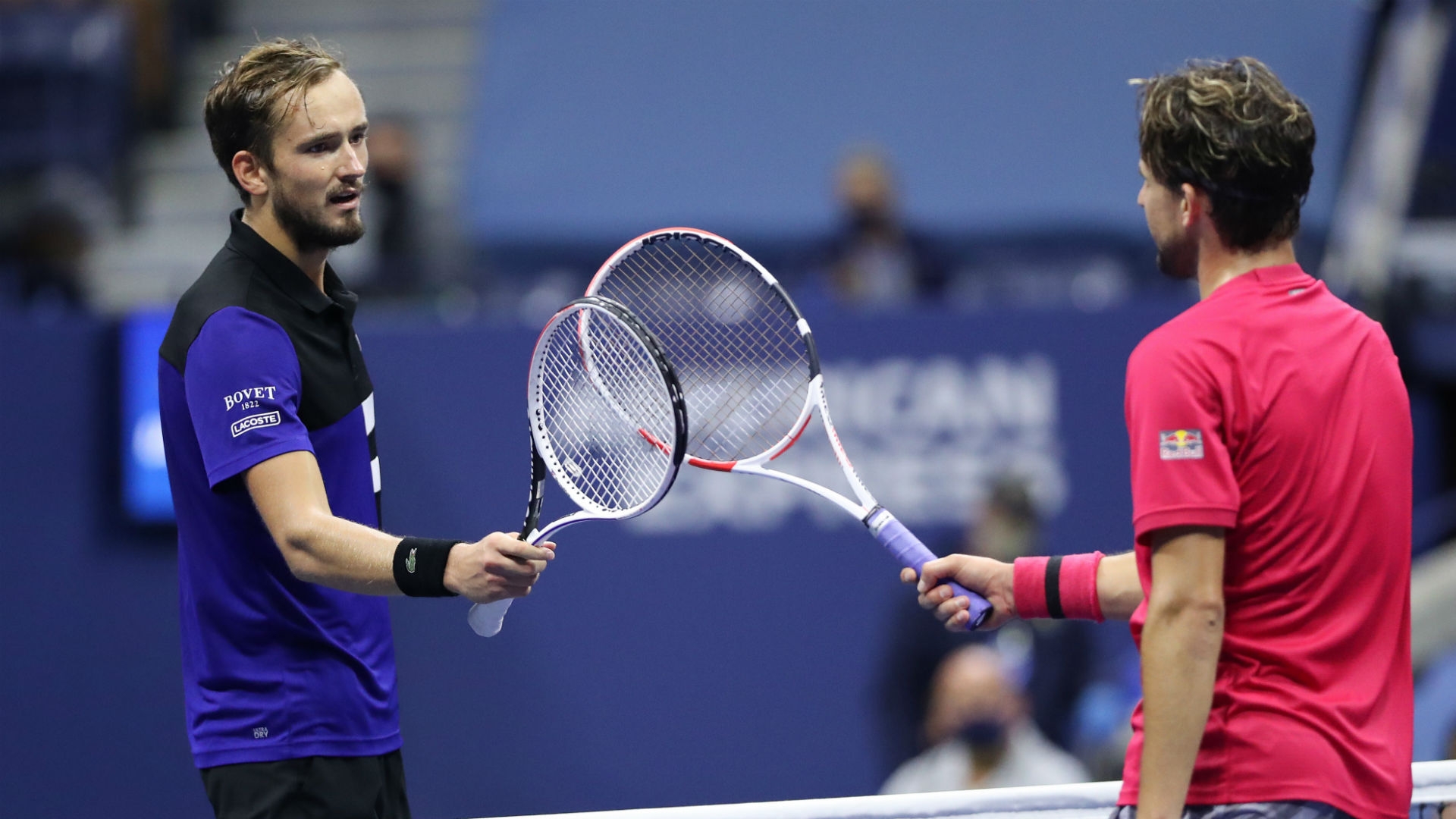 With Novak Djokovic having been defaulted from his fourth-round meeting with Pablo Carreno Busta for hitting a line judge with a ball, Rafael Nadal opting out of the tournament due to coronavirus concerns, and Roger Federer sitting out after undergoing knee surgery, the US Open will see the first maiden grand slam champion since Marin Cilic in 2014.

But Medvedev still felt like he was up against one of the ATP Tour’s leading three players in his meeting with Thiem, who will battle Alexander Zverev in Sunday’s showpiece.

“He played like a real champion. As I say, that’s actually the stress of big three. No matter which day you play them, it seems like they play the same level,” said Medvedev. “Talking about myself or Dominic, we can have these bad days where maybe you can say I’m going to play to the backhand of Dominic and get some chances. Well, not during this US Open or Australian Open. He’s playing really some great tennis, backhand, forehand, slice. Everything is there.

“I tried to mix it up. I feel like I’ve done a lot of great things tonight, but just didn’t get it until the end. He had a little bit more energy tonight, maybe. Let’s call it a winning energy. I think it was the feeling throughout all the match. That’s why I was serving two times for the set. I didn’t do anything wrong, but he was playing really good. He fought until the end. I also fought for it until the end. We can discuss for hours about this, maybe I should have played cross, down the line. But tennis is not only about this, and he was really good tonight.”

Disappointed. Twice up a break in sets. All credit to @ThiemDomi. Thanks to the @usopen for the last 3 weeks. See you next year. Hopefully with a roaring crowd that loves me:):)

During the first set Medvedev received a code violation for crossing the net to point out where the ball had landed after being deemed not to have challenged in time. The Russian took his complaints to the match supervisor and was heard saying: “The US Open is a joke, right? What did I do to get a code? Ah, yeah, sorry, I think I killed someone, right? Sorry, I was so bad to cross the net. My sincere apologies to the US Open for crossing the net.”

“I was just really angry,” Medvedev told reporters. “Of course, there was no reason to talk to him. But what surprises me sometimes in tennis is, OK, the supervisor is always there in case, let’s say, for example, a default. He steps up, calls a default. It’s not the decision of an umpire.

“For example, talking about my code violation today, I mean, what did I do? Did I hurt someone? Did I say something rude? I didn’t do anything. I get a code. I’m like, supervisor, do something. Why are you sitting here? I still don’t know the answer to this question. Of course, there was no reason to get angry on this.

Medvedev said he planned to have a short rest before playing the Hamburg Open to prepare for another grand slam tilt at Roland Garros. “Last clay season my best tournaments were the first ones. Here I’m only going to have two. Hopefully I can have some great results,” he said.