Home » News » US Open in jeopardy for Pella, Dellien after physiotherapist tests positive for Covid-19

US Open in jeopardy for Pella, Dellien after physiotherapist tests positive for Covid-19

Guido Pella and Hugo Dellien have been forced to withdraw from the Western and Southern Open, but both are still hopeful that they may be able to take part in the US Open, which begins in 12 days. 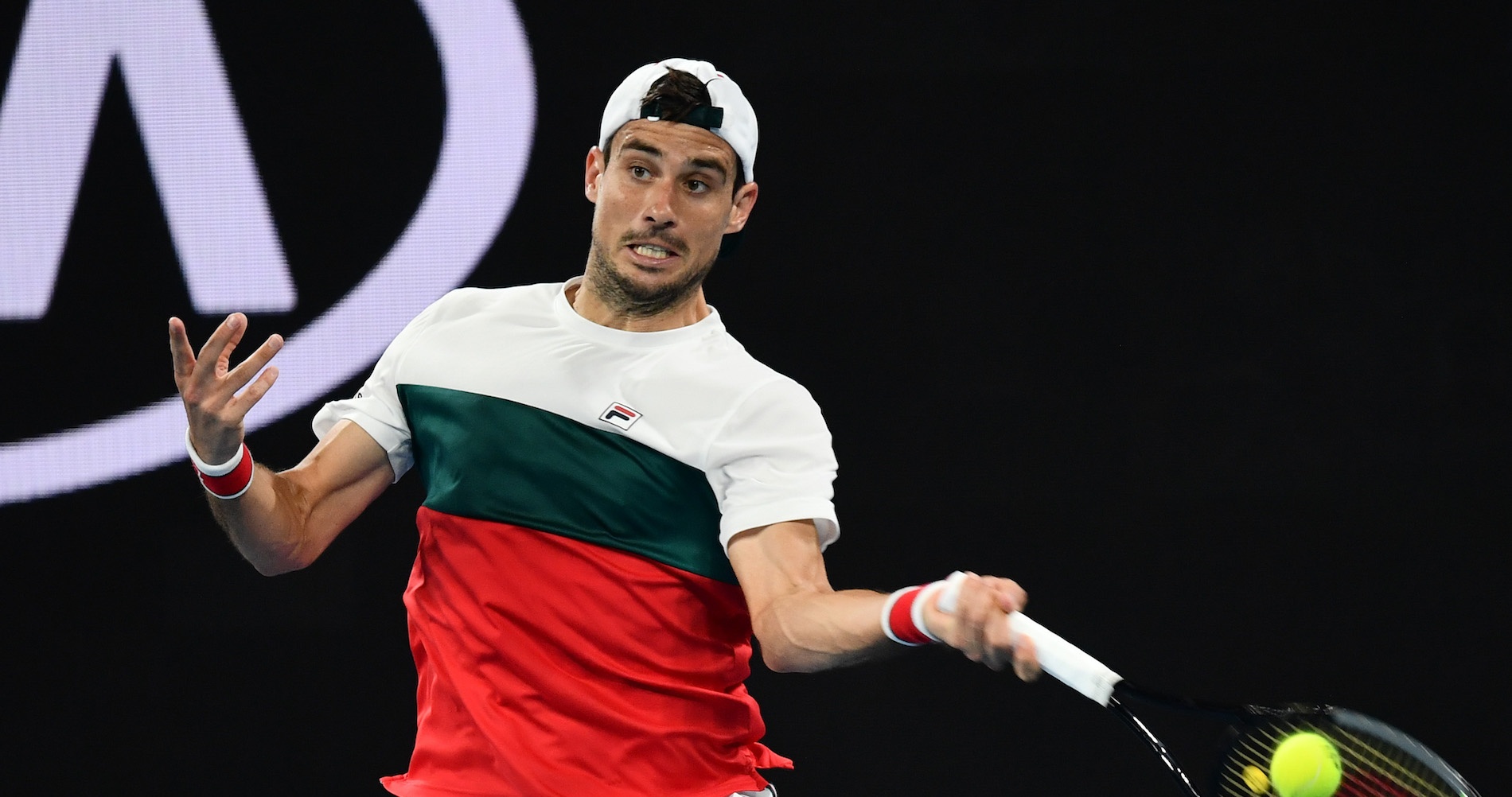 MELBOURNE, Jan. 25, 2020 Guido Pella of Argentina hits the ball during the men’s singles third round match against Fabio Fognini of Italy at the 2020 Australian Open tennis tournament in Melbourne, Australia, Jan. 24, 2020.

Guido Pella of Argentina and Hugo Dellien of Bolivia have been forced to withdraw from the Western and Southern Open due to a positive test of a team member that both have been in close contact with.

Juan Galván, the physiotherapist for both players, tested positive for Covid-19 and will quarantine for ten days, according to a statement from the tournament. Galván is reportedly in good health and asymptomatic, but must remain in self-isolation, per the health and safety protocols put in place at the Western and Southern Open/ US Open bubble.

Pella is the current ATP No 35. He and Dellien, 94th in the ATP rankings, have each reportedly tested negative.

José Acasuso, coach of Pella, has been told to isolate for fourteen days per the protocols.

The Western and Southern Open released a statement about the positive test, but did not name names.

Will they clear in time for the US Open?

The positive test could mean more bad news for Pella and Dellien due to the fact that players deemed to have been in contact with confirmed positives are required to isolate for fourteen days. CDC guidelines state that quarantine should last until 14 days from a person’s last contact with an infected person, so there is hope that both players can play (depending on the date of the last recorded contact of each player with their physio and with Acasuso), but it won’t be ideal: Pella and Dellien’s two-week practice and match block will have been effectively replaced by a grim quarantine in a New York hotel.

The US Open’s main draw begins in 12 days.

Pella took to Instagram to talk about the situation in Spanish. He remains hopeful that he can be placed in the main draw in New York.

Guido Pella explained the situation on IG [ESP] and confirmed the 14 days of isolation: “Bad luck for me from the 1400 who did [the test]. I’m in the room here doing everything possible for the 2 weeks to pass quickly. I hope I will be able to play the US Open” pic.twitter.com/5ygNqmpT1S

“Unfortunately the positive is from my physical trainer, Juan Manuel Galván,” he said, in quotes translated by Sebastián Torok and published at La Nacion. “Because of the close contact we had last week in Miami, and the contact that José Acasuso had, my coach on the plane and sharing the room, that’s why we are both fulfilling a Mandatory isolation for two weeks.”

Pella added: “Both tests, José’s (Acasuso) and mine were negative, we are perfect, we feel nothing. My physical trainer is experiencing this disease asymptomatic, but unfortunately the tournament withdrew me. Now the procedure It will be with regular tests, I have one in two days to see if it goes from negative to positive, to see if I have any symptoms. Overall, communication is fluid with the doctors and also with the ATP. I wanted to tell you about this. It is bad luck that I have been given within the 1400 tests they did, but there is no other option than to do everything possible to get through these two weeks quickly and see if we can get to the US Open.”

An explanation of the different self-isolation times set by the tournament in conjunction with New York State was given by Dr. Bernard Camins, who is currently serving on the Medical Advisory Group for the USTA, yesterday. Camins was speaking at a press conference hosted by the USTA, about a hypothetical situation.

“Based on New York State Department of Health regulations, because the person, even though asymptomatic, is considered infected, now has to quarantine for at least 10 days. If they develop symptoms after diagnosis, then that 10-day period will get longer. The reason why in this situation the roommate has to be quarantined for 14 days is because potentially the incubation period of COVID-19 is that it may take up to 14 days before you develop symptoms. That is why the quarantine period is longer. That’s the difference. One is already infected and the other person has just been exposed.”

It’s hard to imagine that the USTA will loosen its standards with so much riding on its proper execution of the health and safety protocols. The health of all the players participating in the US Open and Western and Southern Open is at stake, so unless Pella and Dellien can shorten their required quarantine time, have their first-round matches take place on Tuesday (entirely possible), or it is deemed that their official quarantine time started before yesterday, they may end up having traveled to New York for a two-week nightmare.