Brilliant Tsitsipas storms back to beat Nadal in epic 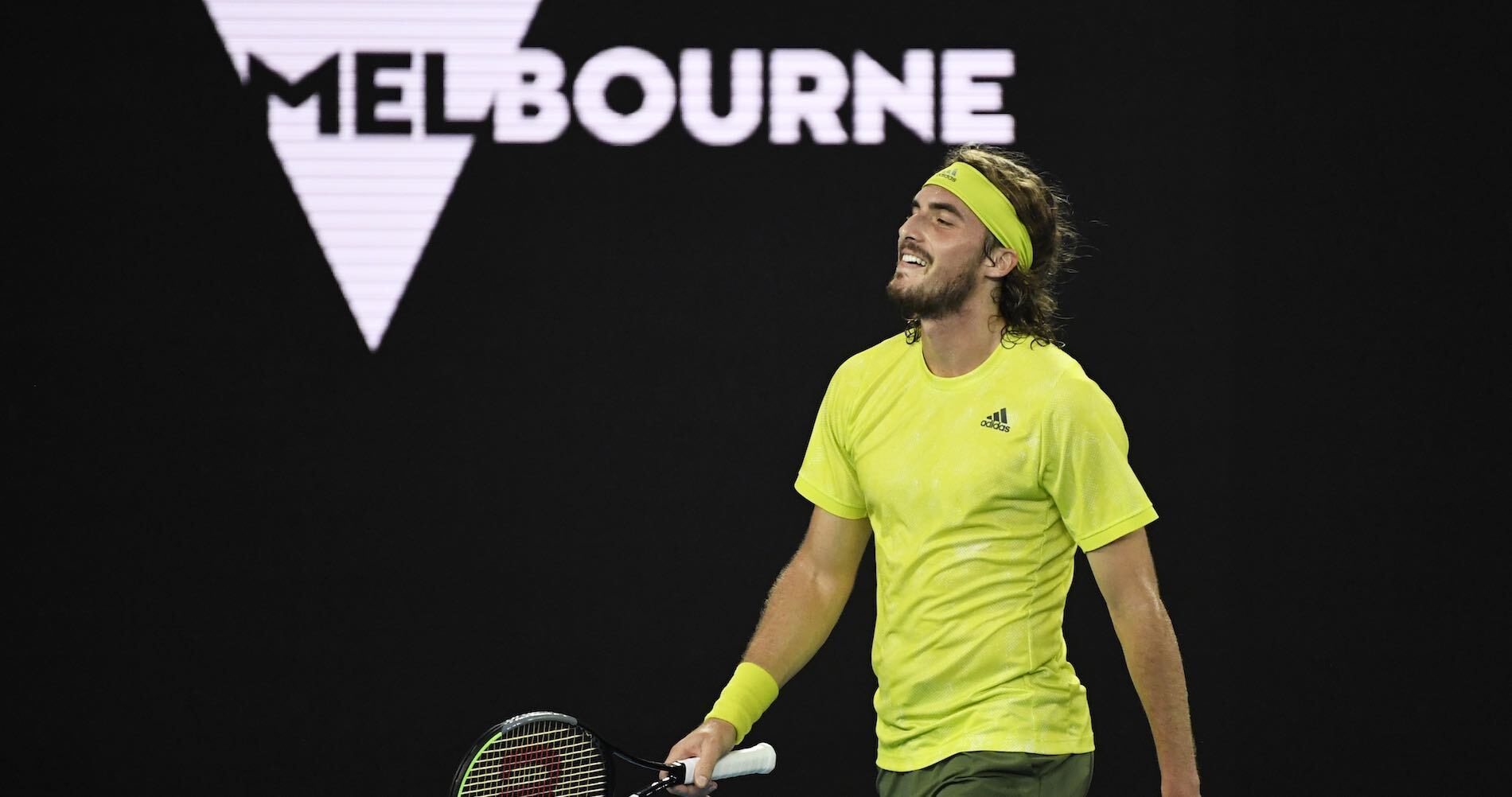 Greece’s Stefanos Tsitsipas produced a stunning fightback as he came from two sets down to beat world No 2 Rafael Nadal in an epic battle on Wednesday to secure a place in the semi-finals of the Australian Open.

The Greek looked down and out when he was outplayed in the first two sets but he found an extra gear, or three, to force it into a decider and then clinch a 3-6, 2-6, 7-6, 6-4, 7-5 victory after more than four hours for a place in the semi-finals. He will play Russia’s Daniil Medvedev for a place in the final after he beat fellow Russian Andrey Rublev in straight sets earlier in the day.

“I’m speechless, I have no words to describe what just happened on court,” Tsitsipas said. “It’s an unbelievable feeling to be able to fight at such a level, just to be able to give it my all. I started very nervous, I won’t lie, but after the third set, I flew like a bird, everything was working for me and the emotions at the very end are indescribable. It’s something else.” 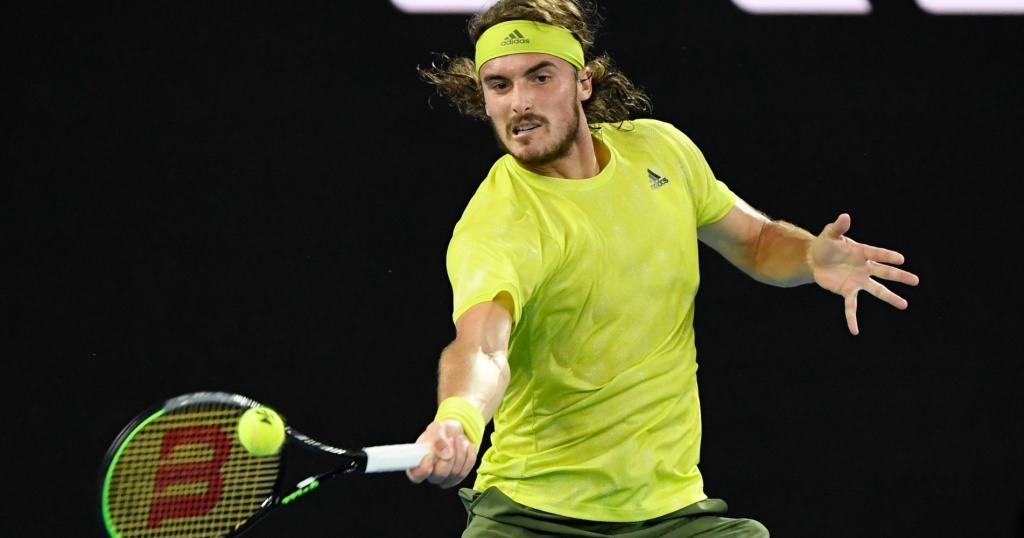 It’s only the second time in Grand Slams that Nadal has lost from two sets up and the Spaniard will have to wait until Roland-Garros to try to win his record 21st Grand Slam title, while the result also leaves world No 1 Novak Djokovic as the big favourite to win his ninth Australian Open and 18th Grand Slam title.

One rally sets the tone early on

On a humid evening at Melbourne Park, No 5 seed Tsitsipas tested Nadal early on, lifting the ball high above the shoulders of the Spaniard and looking to come forward when he could. At 3-3, he created a glimmer of hope on the Nadal serve when he led 0-30. But after two fine first serves, Nadal won a brilliant 25-shot rally and then closed out the game.

That rally alone seemed to knock Tsitspas’ belief and Nadal broke in the next game before serving out for the first set and then breaking in the first game of the second set to take total command. Everything the Greek tried was in vain; when he came to the net he was passed, when he stayed back, he was outgunned and the second set flew by almost in the blink of an eye. 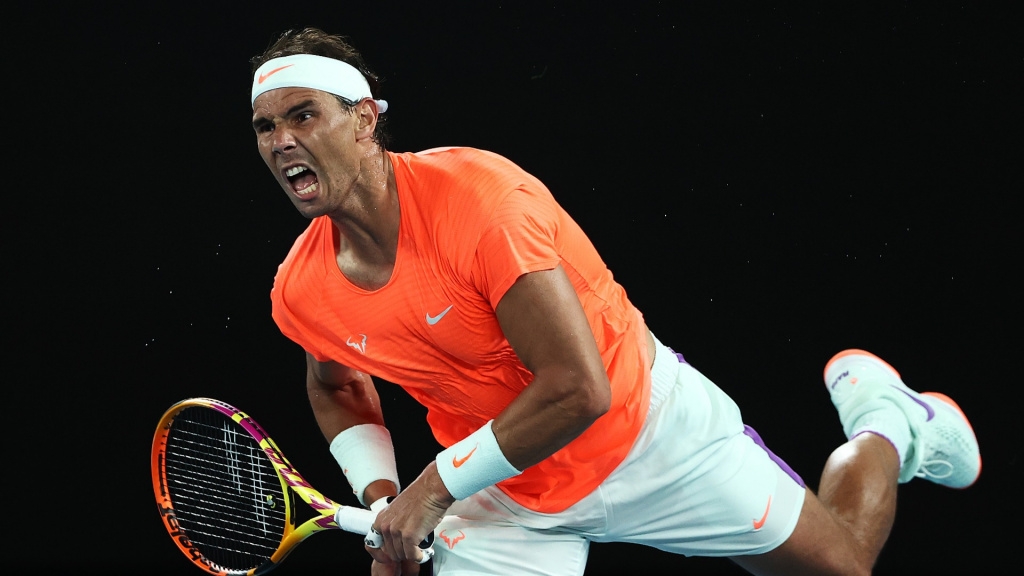 Tsitsipas fights back in the third

To his huge credit, Tsitsipas, a semi-finalist in Melbourne in 2019 and at Roland-Garros last year, kept his head and dug even deeper in the third to keep himself in the hunt, serving superbly. But he couldn’t get near Nadal’s serve, the Spaniard winning 27 points in a row on his serve at one stage to take it to a tiebreak.

Usually so faultless overhead, Nadal then missed two simple smashes to give Tsitsipas hope and the Greek hope and he turned things around to win it 7-4 and extend the match to a fourth set.

Suddenly, it was the Greek who had the ascendancy. From the baseline, Tsitsipas dominating on serve and pushing Nadal with every passing game and it was only really the Spaniard’s serve that was keeping him in it. He saved a break point in the first game and two more at 2-2, one of them with a second serve ace. At 4-3 up, he had a sniff of a chance at 0-15 and it took an epic rally from Tsitsipas to stay in it.

Winning the majority of points when the rallies went long, Tistipas continued to attack and Nadal’s resistance finally wavered as he missed two forehands to hand his opponent the break. Tsitsipas then served out with ease to level the match at two sets piece.

Strap yourself in, we are going 🖐 @steftsitsipas consolidates the break to claim the fourth set against Rafael Nadal, 6-4.#AO2021 | #AusOpen pic.twitter.com/pIFTuJq85r

Tsitsipas stronger in the decider

Nadal took a bathroom break before the start of the final set. Tsitipas, who came from two sets down to force a decider against world No 1 Novak Djokovic at Roland-Garros last year, looked the fresher of the two players but Nadal knuckled down again, serve and volleying and doing everything he could to raise his game when he needed it.

Tsitsipas hammered down four straight aces as he held for 3-3 and it looked as if he had more power throughout the final set. Nadal’s serve was again keeping him in it but at 5-5, he missed a forehand down the line to hand Tsitsipas the break and though Nadal saved two match points, a brilliant backhand down the line clinched victory for Tsitsipas.

Nadal: “He played better than me in the important moments”

Nadal said the back injury which had affected him in the build-up to the event, had not been an issue and said Tsitsipas had played better when it mattered.

“I missed couple of balls in the (third-set) tiebreak that I could not miss if I want to win,” he said. “And that’s it. I think Stefanos played a great fourth and fifth set. I was there. I played a couple of bad games. Just well done for him.”

“Of course (I am) sad. I lost a match in the quarter-finals of an event that means a lot to me. Australian Open is one of my favourite events, without a doubt. So I missed an opportunity to be in the semi-finals again. And that’s it. Well done for him. He played better than me probably in important moments. Was an equal match. I tried my best in every single moment. With the right attitude. No complaining (smiling) at all in no one moment, even in the tougher moments. I think I stayed positive all the time during the match, fighting. And was not enough. Sometimes it’s enough. Today was not enough.”