Novak Djokovic will contest his eighth Australian Open final after defeating great rival Roger Federer and he will now face either Alexander Zverev or Dominic Thiem in Sunday’s final. 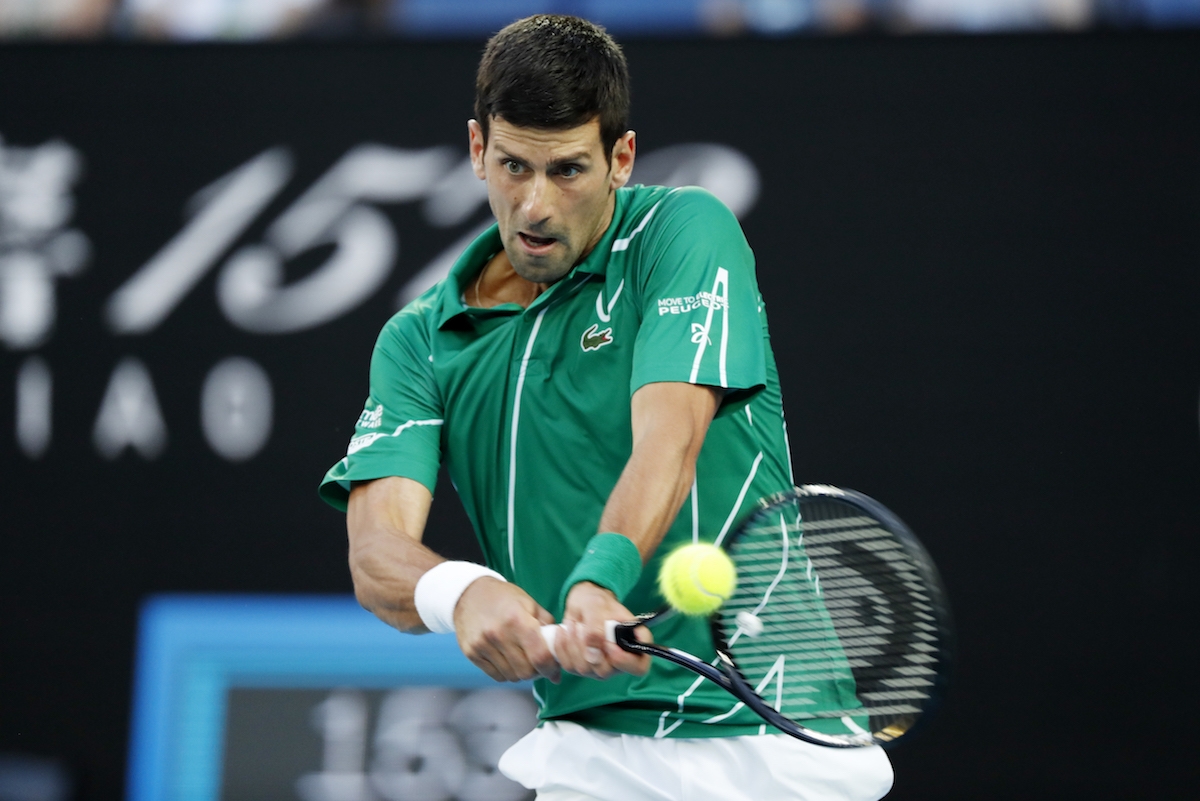 Defending Australian Open champion Novak Djokovic rallied past great rival Roger Federer, coming from 5-2 behind in the opening set to triumph 7-6, 6-4, 6-3 and make his eighth Australian Open final, where he will face either Alexander Zverev or Dominic Thiem.

Sparks usually fly when Federer and Djokovic meet, their memorable 2019 Wimbledon final unquestionably one of the great matches in tennis history. But this time, in their 50th meeting, 38-year-old Federer was at a disadvantage from the outset, having survived two five set epics against John Millman in the third round and against Tennys Sandgren, where he saved seven match points in the fourth set.

To make matters worse, Federer was carrying an injury, picked up during his epic against Sandgren, a groin niggle that must have affected his usually so fluid, graceful and languid movement. Hardly helpful against the untested ‘iron man’ of tennis who has dropped just one set in his five matches in this year’s tournament.

"Respect to Roger for coming out tonight… he was obviously hurt."

“It definitely could have gone a different way if he used those break points,” said a relieved Djokovic after the match. “I was pretty nervous at the beginning and I just wanted to say, respect to Roger for coming out tonight, he was obviously hurt and wasn’t at his best or even close to his best in terms of movement and respect for coming out and trying his best all the way through.”

There were few signs to begin with although the opening game was a test, Federer digging himself out of a hole to hold from 15-40 in a six minute game. And then, an almost perfect game, ending with a majestic backhand pass down the eye of the needle secured the opening break. Advantage Federer.

But this was going to be no easy walk, Djokovic breaking straight back in the third game before holding to level things up. Federer was going for his shots and stamping his right foot, an early sign that the troublesome groin issue was still a concern. But it appeared to work to his advantage as he broke again, hurrying the Serb into uncharacteristic errors.

Three successive breaks of serve is a rarity in a head-to-head where Djokovic has the upper-hand, leading 26-23 in their legendary ATP rivalry that includes three semi-final wins at Melbourne Park in 2008, 2011 and 2016.

The crowd heavily behind Federer also seemed to irk the glaring, wide-eyed Djokovic, and three aces off the Federer racket won’t have helped matters as the Swiss opened up a 4-1 lead including 16 winners to Djokovic’s brace. Federer was on fire, staring at three more break points in the sixth game. A correct millimetre challenge and fortunate net cord bailed out the world number two for the moment and it appeared just the fillip he needed to break back to love with Federer serving for the set and hold for 5-5.

From 5-2 up, things were unravelling quickly, and it was suddenly Djokovic who was the enforcer, fashioning two more break points that would have left him serving for the set. But this so topsy-turvy and crucial set would be decided, perhaps fittingly, on a tie break. It was one you felt Federer, for all he has achieved, had to win against a man who practically owns Rod Laver Arena.

It was dominated by the Serb (7-2) and the match was now an uphill battle for the Swiss maestro, surely mindful of the fact that he had not beaten Djokovic in a best-of-five sets clash since the 2012 Wimbledon semi-finals and trailed 10-6 in their grand slam rivalry.

Just as Federer was in charge of the 2019 Wimbledon final without putting Djokovic away, so the tide began to turn, the pained expression on Federer’s face that told the story of a man again trying to solve his least favourite puzzle. A tough opening hold from 15-40 momentarily stopped the bleeding but the wound would open again at the worst of times, serving to stay in the set at 4-5, Djokovic pounced, running down a drop shot to shovel a forehand cross court for an outstanding winner.

Two sets to love up and now a mountain to climb, even for the great Roger Federer, the writing was on the wall. And at 2-3 in the third, Djokovic dealt the killer blow, an inside out forehand from the Ad Court corner onto the line securing the crucial break and the Serb served out for victory.

Visibly fatigued after his previous marathon encounters, it was a tame end to what had started out as a high quality match, although it never quite reached the high levels of many previous encounters. Whether or not a fully fit Federer would have posed a more difficult test for the imperious Djokovic is something of a moot point but his victory sets up what will be an intriguing final against Thiem or Zverev.

What an effort from this man.

“It was probably not exactly the right mindset from my side at the beginning of the match and I was looking at how he was moving, how he was doing rather than executing my shots in the right way and it resulted in 1-4 down and 0-40 lead for him,” added Djokovic. “So I managed to kind of dig my way through, back and it was very important to win that first set obviously I mentally relaxed a little bit after that and I could swing through the ball a bit more.”

Eyeing off 8️⃣ Australian Open finals and the right to claim sole ownership of the all-time record for most #AusOpen finals 👀@DjokerNole | #AO2020 pic.twitter.com/4rFF8wSYXi