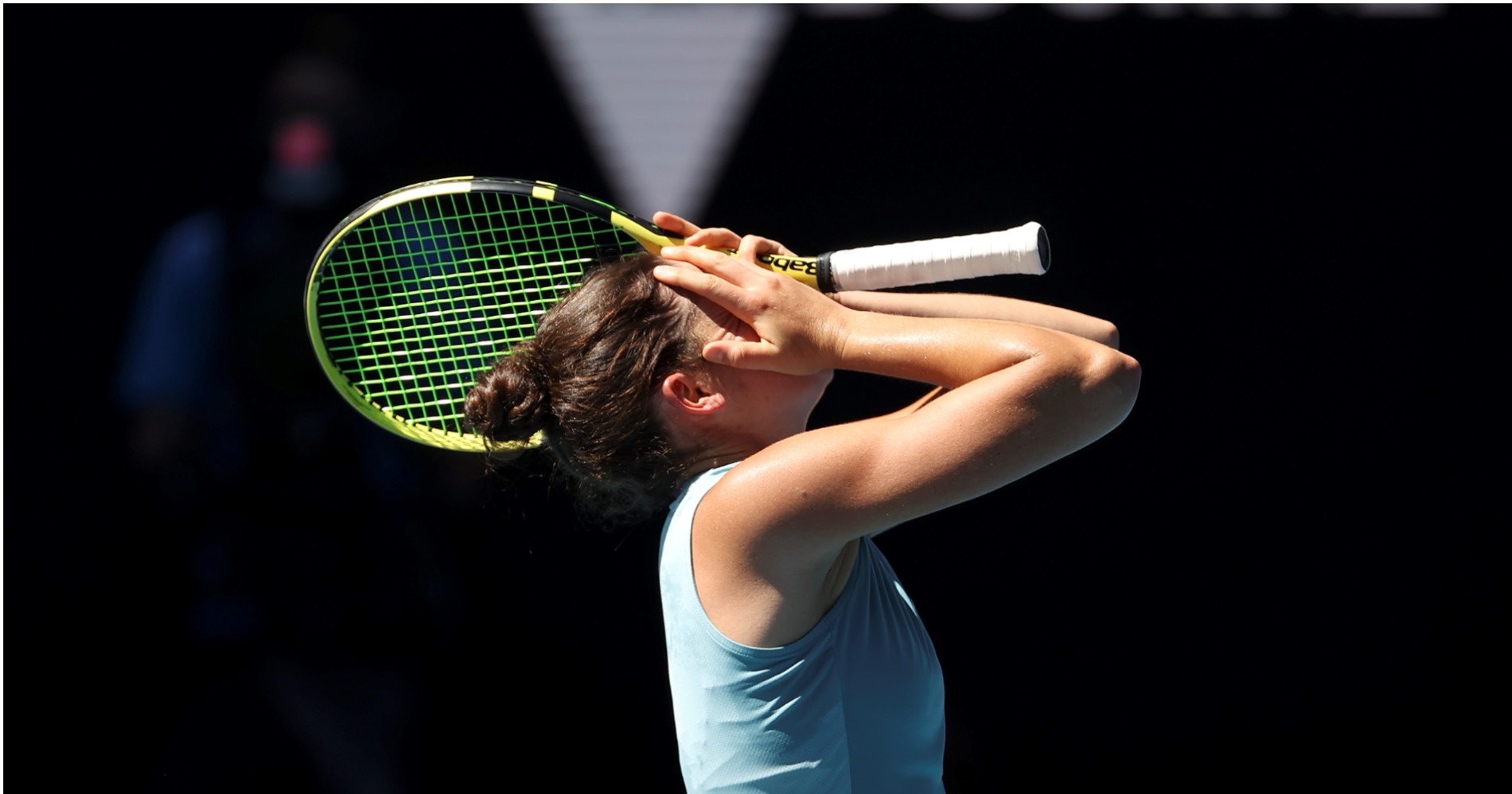 American Jennifer Brady battled past Karolina Muchova to set a date with Naomi Osaka at the Australian Open on Thursday. The 25-year-old American converted her fifth match point in a high anxiety final game to claim a 6-4, 3-6, 6-4 victory as shadows completely covered the playing surface on Rod Laver Arena.

“I can’t feel my legs,” an exhilarated Brady said on court after the match. “My legs are shaking, my heart is racing.”

In that final game, Muchova had three break points but her backhand let her down in the key moments. She failed to put second-serve backhand returns in play on the first two. That gave Brady time to gather her nerves and work her way to the victory. Finally a fifth match point came, on the 18th point of the game, and when a Muchova forehand sailed long, Brady dropped to the court and lay on her back, savouring the moment.

"My legs are shaking, my heart is racing."

Brady says she needed time to find her best tennis against the tricky Muchova.

The pair traded breaks in the early going, but Brady hung on and scored the critical break in the tenth game, on a Muchova double fault, to take the opening set, 6-4.

Muchova turned the tide in the second set, went unbroken and broke Brady twice, including once in the ninth game, as the set closed on a Brady double fault.

Brady broke early in the third set for 2-1 and made the break stand up, thanks to her gritty performance in that final marathon game.

The American gets past Muchova 6-4, 3-6, 6-4, and will face Naomi Osaka for the title.#AusOpen pic.twitter.com/CEgHHIjg1O

The American will face Osaka in a rematch of a thrilling US Open semi-final in 2020. It was one of the best matches of the 2020 WTA season, won by Osaka on the strength of a single break in the third set after a tense battle that featured plenty of jaw-dropping hitting. “Honestly I don’t know, I just felt like I was sticking it out, it felt like we were trading serves,” Osaka said after her victory last September.

Brady is the seventh woman to reach her maiden Grand Slam final in the past nine Grand Slam events. The American has one career title to her name, which she picked up last year in Lexington. She has lost both of her matches against Osaka at WTA level.

Osaka, who defeated Serena Williams 6-3, 6-4 earlier on Thursday, has now won 20 consecutive matches and is 11-0 in Grand Slam quarter-finals, semi-finals (4-0) and finals (3-0). She is bidding for her fourth major title and her second at the Australian Open.