After two days of relative quiet around the grounds at Melbourne Park, the Australian Open came alive on Wednesday, and – perhaps – sent a message of hope to the rest of the sporting world 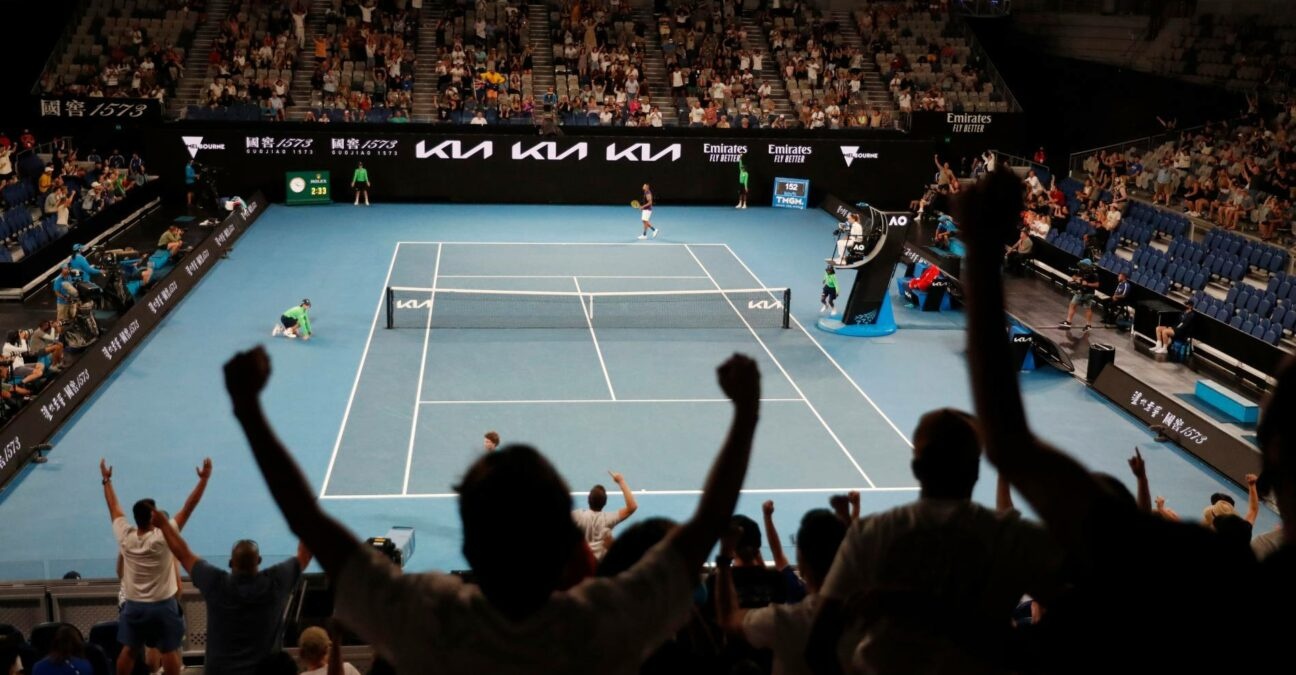 In the 11 months since the world was first hit by the Coronavirus, the world’s top tennis players have gone about their business as best as they can, often with no one there to witness it. It has been a difficult time for everyone involved but at the Australian Open on Wednesday, the tournament burst into life as two late-night matches thrilled the crowds and sent a message of hope to the rest of the sporting world.

After sparse crowds on the first couple of days at Melbourne Park, Simona Halep and then, with the dial really turned up, Kyrgios saved two match points to beat Ugo Humbert of France in a five-set thriller. 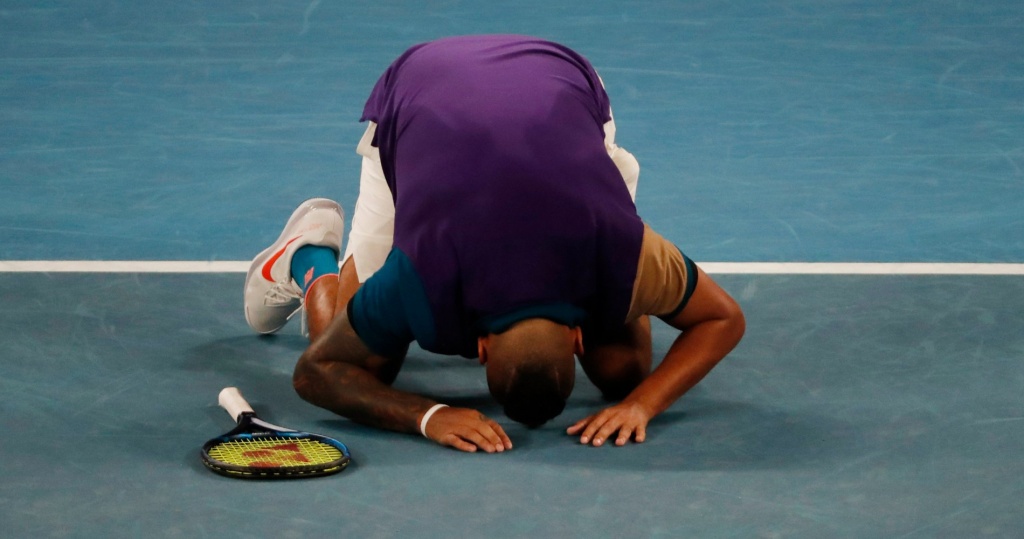 Having clinched a 5-7, 6-4, 3-6, 7-6, 6-4 victory, an elated, exhausted Kyrgios stood, arms wide, as the crowd let him and everyone know how good his performance had been. Looking on, it felt like a message to everyone across the globe.

“I don’t even know what to say, I’m lost for words”@NickKyrgios is all of us right now 🙌👏#AusOpen | #AO2021 pic.twitter.com/oQlGxpGu3S

“You guys were awesome,” Kyrgios said. “I don’t even know what to say, I’m lost for words, honestly,” Kyrgios said, as he took the applause of the fans inside the John Cain Arena, one of the stadiums inside Melbourne Park that has the best atmospheres, due – usually – to the fact that grounds pass holders – can access the court too. “It was one of the craziest matches I ever played.”

Kyrgios: “The atmosphere was insane”

Later, in his press conference, Kyrgios said it had felt like the John Cain Arena had been packed to the rafters, instead of having a restricted capacity due to Coronavirus protocols.

“I’m still kind of in awe at the atmosphere,” he said. “The stadium definitely didn’t feel half-full, that’s for sure. The atmosphere was insane.”

Former world No 1 Jim Courier, conducting the post-match interview, pointed out the sacrifices that Australia has made to suppress the Coronavirus and enable the Australian Open to be held. “This is the best tennis has sounded,” he said.

Kyrgios said the crowd helped him get out of trouble, especially when he faced two match points.

“I just remember standing down that end, there were some dark thoughts in there,” he said. “I don’t know how I got out of it, but that tends to be my career. I live to fight another day.” 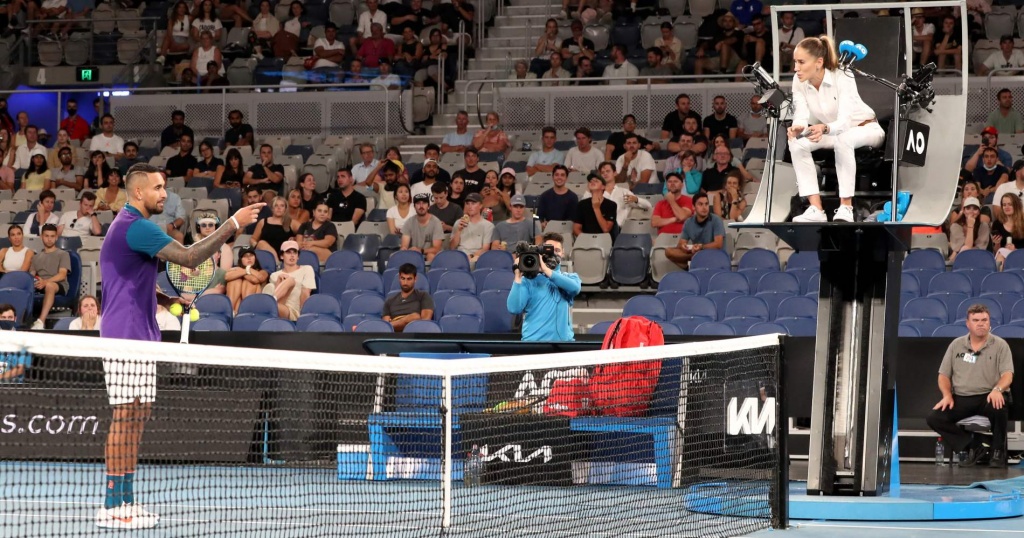 At 5-2 up in the third set and 15-30 on the Simona Halep serve, Ajla Tomljanovic stood two points away from the biggest victory of her career. But even though Halep fought back bravely to win five games in a row and claim a 4-6, 6-4, 7-5 victory, the atmosphere inside the Margaret Court Arena was so great, the Australian said she almost feared she might not experience it again this year.

“Just playing out there today felt so incredible,” she said. “Last year, same time was the time I felt that rush of people just cheering for you, and especially in front of our home crowd, it was unbelievable. I’m afraid to say it, but it could be the highlight of the year, in that way, with the atmosphere and the crowd.”

Things should be just as electric on day four, with world No 2 Rafael Nadal back in action, the Spaniard up against American Michael Mmoh, while the most exciting match on the women’s side could be the one between Coco Gauff and Elina Svitolina.

Click here for draws and day 4 order of play