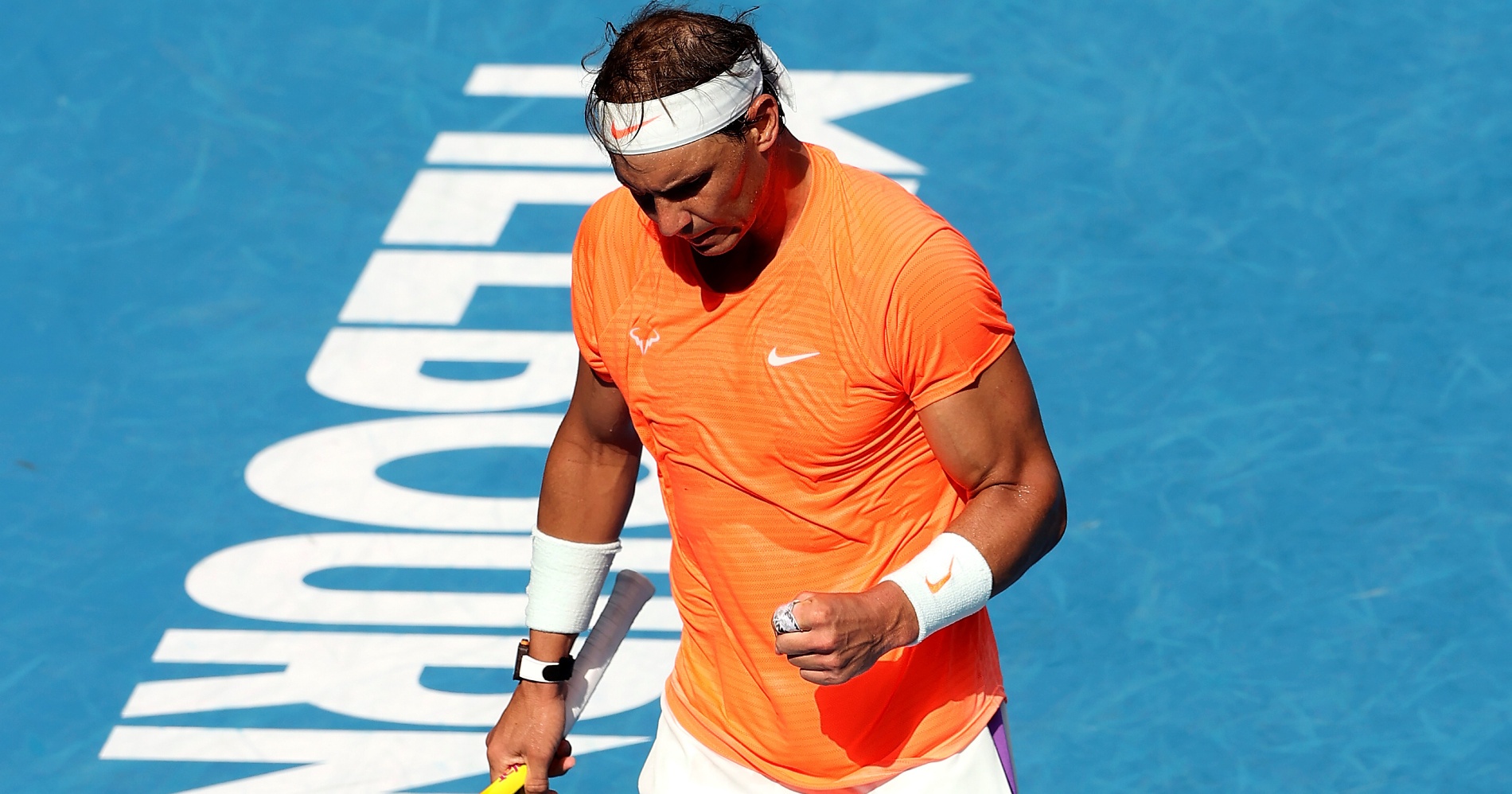 World No 2 Rafael Nadal continued his impressive path through the draw at this year’s Australian Open as he dismissed the challenge of Italy’s Fabio Fognini 6-3, 6-4, 6-2 on a warm Monday in Melbourne to reach the quarter-finals for the 13th time.

Nadal showed no signs of discomfort with the back pain that affected his preparation for the event, finishing with an ace as he wrapped things up in two hours, 16 minutes and reach the quarters of a slam for the 43rd time in his career.

“Happy to be in quarter-finals again, that’s very positive for me,” said Nadal, who won his only Australian Open title in 2009. “Happy to be through today, it was an important win for my confidence. “I’m happy the back is holding better.”

“First set, without a doubt, has been my best level in the tournament. It’s normal, too, because I was able to practice for two days in a row. That makes an important difference. But at the same time, it’s important to find positive feelings now. My physical condition needs to keep improving. But I think this match helps, too. I was not able to practice the proper way for the last 19 days, but yesterday I started again to increase the amount of work on the practice, and today has been a positive victory with some long points, so that helps for the next match.”

Fognini led 4-2 in the second set and had three chances to go up 5-3 but Nadal shut the door and then pulled away in the third set to take his place in the last eight, where he will play Stefanos Tsitsipas of Greece, who advanced when Italy’s Matteo Berrettini pulled out just before the match due to an abdominal strain.

“You can’t expect to go on court and not have problems in the match,” he said. “In the second set, I don’t think I played a good game when he broke me, then I was lucky to break back and I saved 0-40, which was the key. Those tough games, I was a little bit lucky to have 5-4 for me and serving.”

Nadal, chasing a record-breaking 21st Grand Slam title, took the first set but Fognini began to give him more trouble in the second. The Italian, who had won four of his 16 battles with Nadal, mixed his game up cleverly and opened up a 4-2 lead in the second. Nadal broke back for 3-4 and after falling 0-40 behind, held serve, before breaking in the following game and closing out the set.

That took all the fight out of Fognini, who lost belief and after breaking in the third game of the third set, Nadal pulled away to reach the quarters without losing a set, saving energy as he awaits what he knows will be a tough match against Tsitsipas, with Nadal letting the cat out of the bag before Berrettini’s withdrawal had been officially announced.

“I made a step forward today, something that I needed, and I need to make another one for Wednesday against Tsitsipas, I think it’s going to be,” he said. “Is it official? He’ll play tonight? OK, Well, I don’t know, maybe — I think I heard that Berrettini was a little bit injured but not official at all. Sorry for that. But yeah, something — well, I messed it up.”

Djokovic and Nadal, champions adjusting to injuries – Eye of the Coach #34