Djokovic and Nadal, champions adjusting to injuries – Eye of the Coach #34

In this episode of The Eye of the Coach, Patrick Moratoglou talks about the respective injuries that Novak Djokovic (abdominal) and Rafael Nadal (back) are dealing with at the Australian Open. 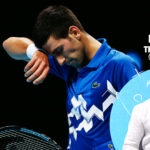 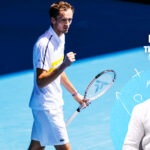 Novak Djokovic and Rafael Nadal have battled into the fourth round of the Australian Open, but neither one is 100 percent physically as week two of the season’s first Grand Slam looms.

Djokovic sustained an abdominal injury during the third set of his third-round match against Taylor Fritz on Friday night. The world No 1 struggled mightily throughout the rest of set three and the fourth, but he recovered in the fifth to prevail. Nadal is dealing with a back issue that has lingered since he arrived Down Under, forcing him to miss the ATP Cup. However, the world No 2 has looked strong through three rounds at Melbourne Park and has not yet dropped a set.

Mouratoglou has more doubts for Djokovic

“Rafa clearly tries to shorten the matches, (to) be more aggressive than usual, because he doesn’t want the matches to last too long. He doesn’t want to have to make too many physical efforts moving and trying to retrieve balls. He prefers to be in control of the rally, because if he is in control of the rally, he is also in control of his body. You can feel that he isn’t going 100 percent and he’s trying to control what he’s doing, because he knows that if on one shot he goes too far and exaggerates the effort on the zone where he has the pain, then the injury can go to the next level and then maybe he will have to pull out. Mentally, it’s an incredible effort to play tennis all while trying to control your motions and not activate the zone that is in pain.

“Novak will have to do the same. For Novak I think it’s worse because it’s the abdominals, and you use the abdominals on every shot.”

The physical issues are obviously putting more pressure than usual on the two all-time greats, but Moratoglu recognizes that champions can adjust and adapt. He admitted that although Djokovic sometimes seems injured during a particular match, Moratoglou made sure to point out that the Serb does not overdramatize his injuries in terms of his overall prospects for an entire tournament.

“Sometimes during the matches — during the matches — Novak plays a bit with the mind of the opponent when he’s in trouble. He has done it a lot of times in the past. When he’s down he pretends he’s giving up, he’s not really there, and then suddenly boom he plays again.

“But he doesn’t fake an injury during a tournament. I don’t believe (for) one second that Rafa or Novak are faking an injury or exaggerating their injury to take the pressure off. I think they accept pressure, they deal with the pressure, and that’s why they are champions.”

Djokovic is scheduled to meet Milos Raonic during the night session in Rod Laver Arena on Sunday. Nadal will continue his campaign against Familiar foe Fabio Fognini on Monday.