All you need to know about 2021 Australian Open Day 1 action, with the order of play and the live results from all the matches in Melbourne Park. 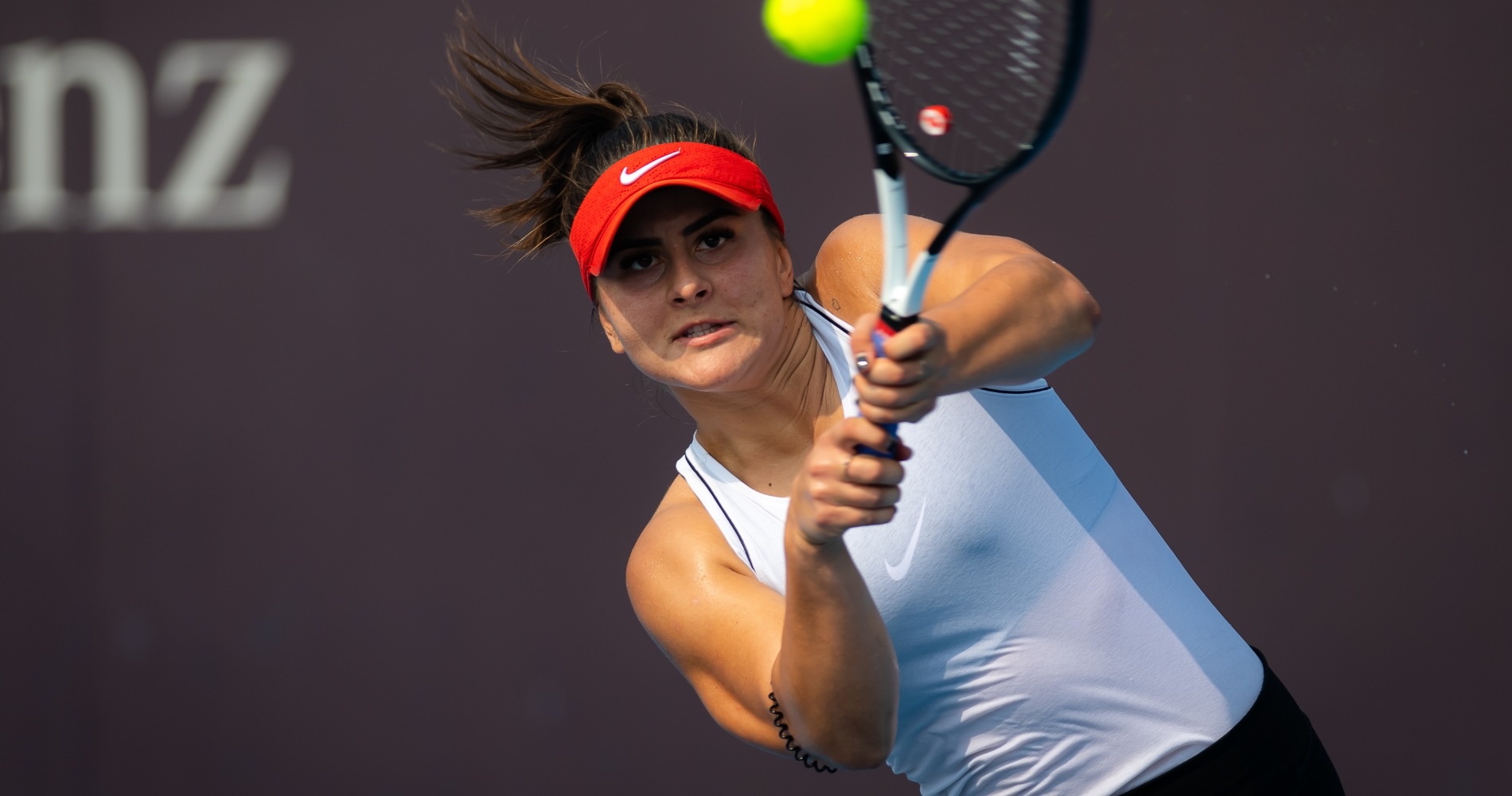 Andreescu returns with a bang

Canada’s Bianca Andreescu has made an impressive return to the Grand Slam stage with a 6-2, 4-6, 6-3 win over Romania’s Mihaela Buzarnescu on Day 1. The Canadian, who had not played a match at a major since becoming the first player to ever win the US Open on her main draw debut in 2019, had to fight tooth and nail for the victory.

After taking the opener, Buzarnescu pushed back and Andreescu found herself facing triple break point at 3-3 in a hotly contested decider. The 20-year-old rallied to wiggle out of the game and didn’t drop another en route to victory.  She will face Hsieh Su-Wei in the second round.

A winning return is complete 🙌@Bandreescu_ makes it through to the second round ❤️#AusOpen | #AO2021 pic.twitter.com/Zh1Ky2hUdq

No. 23-seeded Angelique Kerber, the 2016 Australian Open champion and three-time major singles champion, is out. The German was toppled by American Bernarda Pera on Monday, 6-0, 6-4. The 33-year-old dropped the first nine games of the match against Pera, ranked 63rd, and was unable to rally back to force a second set.

Kerber was one of the 72 players that had been in hard quarantine for two weeks after arriving in Melbourne.

Kerber on hard lockdown: Of course, you feel it

Pera was serving 0-40 down at 4-5 in the second set but rallied back to close out the victory. Pera will face Kazakhstan’s Zarina Diyas in the second round.

Serena Williams in stride and in fashion

Seven-time Australian Open champion Serena Williams began her quest for an elusive 24th major title with a 6-1, 6-1 win over Germany’s Laura Siegemund. The American also turned heads with a dramatic look, which she says was inspired by the iconic American track and field star Florence Griffith Joyner, aka Flo-Jo.

Williams will face Nina Stojanovic of Serbia in the second round.

On paper, that is…

On the court it was a different story, as the 2019 Australian Open champion cruised past three-time quarter-finalist Anastasia Pavlyuchenkova 6-1, 6-2.

Osaka’s tricky draw (on paper) continues in the second round as former top 10 stalwart Caroline Garcia awaits. Garcia, unseeded and ranked 44, defeated Polona Hercog on Day 1, 7-6(6), 6-3 in one hour and 43 minutes.

While Osaka kicked off the women’s schedule in Rod Lever Arena, Simona Halep concluded it. And the Romanian did so in almost the exact same fashion. She also dropped only three games, racing past Aussie wild card Lizette Cabrera 6-2, 6-1. Next up for Halep is another opponent from the host nation in Ajla Tomljanovic.

Venus Williams is the oldest player in the women’s singles draw, but she played like an athlete in her prime on Day 1 while taking out Belgium’s Kirsten Flipkens 7-5, 6-2.

Williams, 40, is making her 21st main draw appearance at Melbourne Park and Monday marked her 88th main-draw appearance across all the Slams. Her record improves to 270-79 at the majors and the American, who is just the sixth woman in her 40s to compete at the Australian Open and now the second-oldest to win a match at Melbourne Park, will face Sara Errani in the second round.

Beats Kirsten Flipkens 75 62 in straight sets. "I was trying to do more of the stuff that was working and less of what wasn't."

Williams is on a collision course for the fourth round with No 9 Petra Kvitova, with whom the ageless wonder always seems to play epic matches. Kvitova, the 2019 runner-up Down Under, kicked off her fortnight with a 6-3, 6-4 defeat of qualifier Greet Minnen.

Sabalenka, Rybakina wrap up the day

Playing in the last matches on their respective courts, Aryna Sabalenka and Elena Rybakina were officially part of the day session but found themselves playing at night.

One of the hottest players on tour dating back to last fall, Sabalenka got off the court quickly by dispatching Viktoria Kuzmova 6-0, 6-4. Rybakina endured a longer day at the office but managed to survive a test from Vera Zvonareva with a 4-6, 6-4, 6-4 come-from-behind victory.