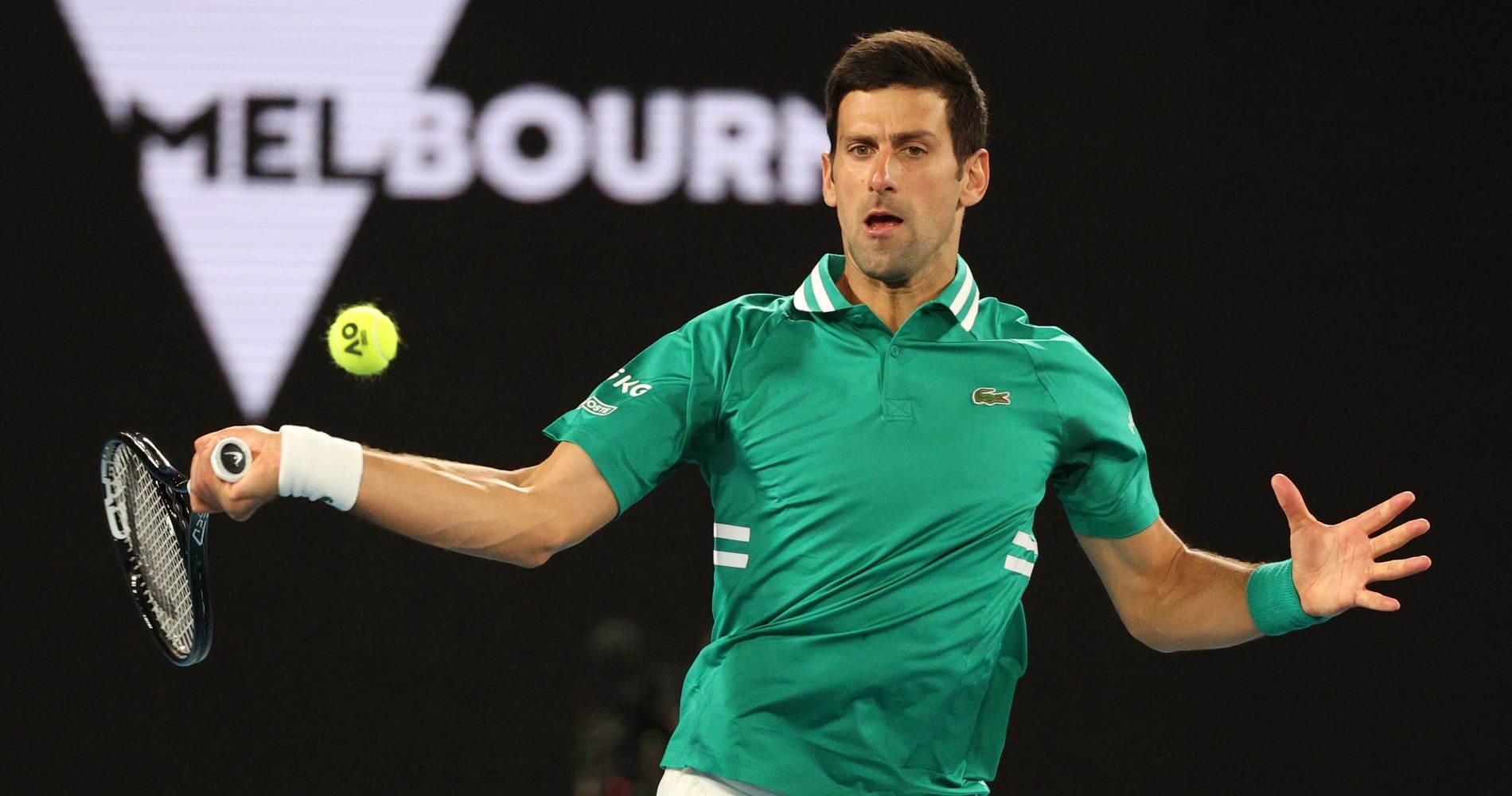 Defending champion Novak Djokovic looked hot and at times he was definitely bothered but as so often in his long, incredible career, he found a way to get the job done.

The world No 1 had to battle much harder than anticipated for his 6-3, 6-7 (3), 7-6 (2), 6-3 victory over American Frances Tiafoe at the Australian Open on Wednesday but in the end, he pulled away for victory and the eight-time champion will play another American, Taylor Fritz, in round three.

Most aces for Djokovic

Djokovic hit 26 aces – a career-high – but for long periods of the match, he struggled for his usual fluency, making more uncharacteristic mistakes than normal. Tiafoe played brilliantly, bravely, saving a stack of break points but finally his resistance was broken, Djokovic snatching the vital break in the seventh game of the fourth set before closing it out.

“Very tough match,” Djokovic said. “Also difficult conditions, while the sun was out it was very warm, a lot of long rallies. I want to give a hand to Frances for a great fight. It was a fantastic match from his point.

“The matches are only going to get tougher, with high seeds. It’s not the first time I’ve been in this situation (playing a tough match early on in a slam). I know how to handle these circumstances. But at the same time I was fortunate to get through this match, especially that third set. It was high quality tennis.”

On a hot day at Melbourne Park, Djokovic looked a little out of sorts at times, pulling on his shoulder, elbow and neck, areas of his body that have given him trouble in recent years. Tiafoe had the doctor out once and the physio too but the American world No 64 played some of his very best tennis, snatching the second set on the tiebreak and continually asking questions of the world No 1.

Some of the rallies were exhausting for both men, with one 33-shot exchange leaving both shattered and Tiafoe searching for his vibration dampener, eating up a few extra precious seconds of recovery.

Djokovic took full advantage, firing a passing shot to get the break and then, two games later, adding a second and finishing things off when Tiafoe double-faulted, but the Serb said he would need to play his best to maintain his hopes of a ninth Australian Open title.

“I think this is probably the quickest speed of the court I’ve ever played on Rod Laver Arena in 15 years, so obviously you need to have a big serve,” he said.

Tiafoe paid tribute to Djokovic’s ability to get the job done, no matter what.

“I played really well,” he said. “It’s tough. Obviously he’s No 1 in the world for a reason, he’s won the (number) of slams he has for a reason. He’s super clutch when he needs to be. I was in it. You know, I thought I mixed things up well, kept him on his toes, and, you know, I brought it. But obviously wasn’t good enough.”