In a match with no real rhythm and a lot of momentum swings, two-time Roland-Garros finalist Dominic Thiem’s experience proved vital to overcome Alexander Zverev (3-6, 6-4, 7-6(3), 7-6(4)), who was competing in his first Grand Slam semifinal. While the Austrian will be aiming for his maiden Major title on Sunday, Novak Djokovic, his opponent, will be chasing his 17th overall and 8th in Melbourne. But Thiem has won four of their last five meetings… 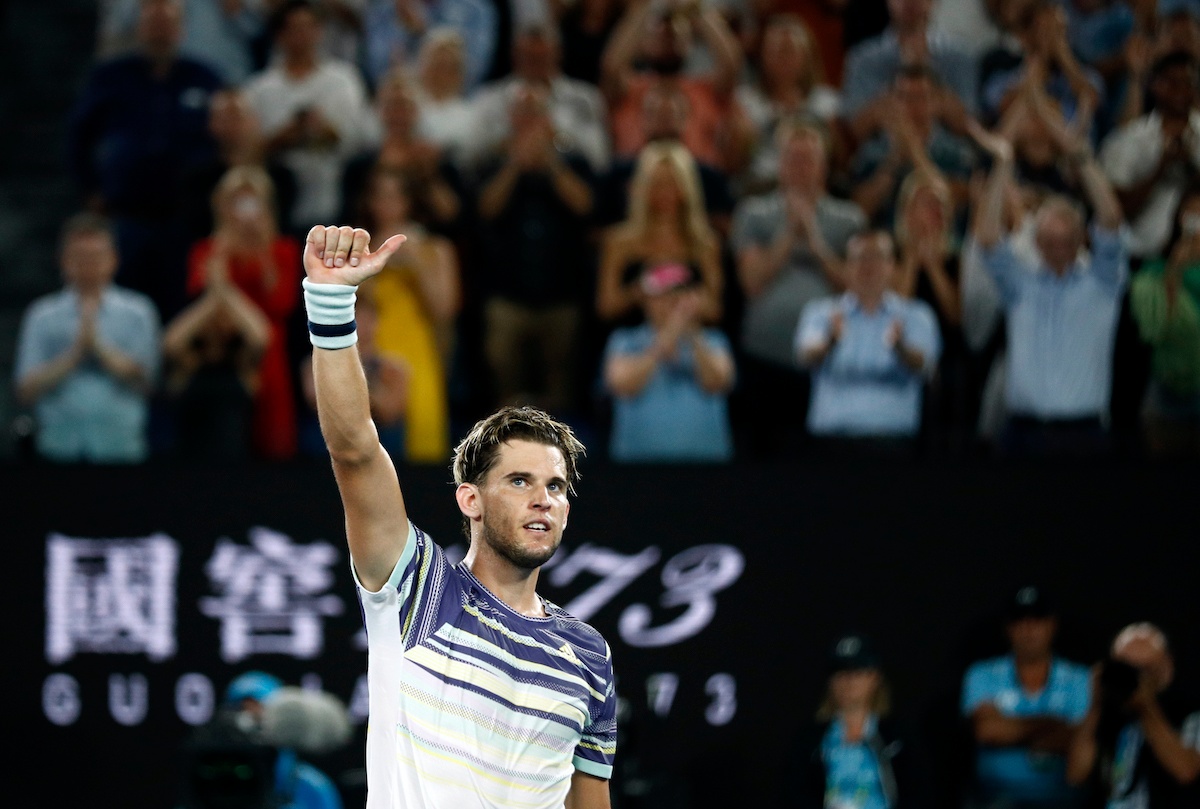 Alexander Zverev came out firing on all cylinders behind 90% first-serve serving. Way more aggressive in the rallies and standing much closer to his baseline than usual, the German broke Dominic Thiem three times out of five to take a comprehensive 6-3 first set.

That is the closest to the baseline I have seen Sascha play ever. He takes time away from Dominic and is more offensive than usual. Easier said than done. Great job so far.

Two keys here: the Austrian has a -8 winner/unforced error ratio compared to the German's 0.

And Zverev has been striking 90% of his first serves in. Yes, this is the same man who forgot how to serve in Brisbane. #ausopen

The second set saw Dominic Thiem take more initiatives and clean up his winners/unforced errors ratio. While Zverev won the highlight reel with this jaw-dropping baseline smash winner, it was the Austrian who pocketed the set 6-4 to level the semifinal to one set apiece.

Building on his momentum, Thiem broke Zverev to start the third set and had two opportunities to take a double break lead at 3-1 — but the German hung in there thanks to points like this (see below) before breaking back for 3-3.

🤯 POINT OF THE TOURNAMENT! 🤯

Expectedly, the end of the first set proved pivotal. Returning at 5-4, Zverev created two set points for himself — both saved by Thiem with a thudding backhand winner and a thudding forehand winner, respectively.

Thiem then won his fourth consecutive tiebreak in this tournament (after the three against Nadal), 7-3, to take an option for victory. Was Zverev too passive again in perhaps the most critical moment of the match?

This is my shocked face pic.twitter.com/SE3TL5Rbxk

It sure felt like it looking at this striking stat.

The fourth set was the only one of the match with no breaks, both players seemingly running on fumes and waiting for the tiebreak.

In the final, Dominic Thiem will do battle with Novak Djokovic, the overwhelming favorite, who will be competing for a record-extending 8th Australian Open title and 17th Grand Slam title overall.

However, the Austrian will like his chances: He’s won four of his last five matches against Djokovic, including both their last meeting on hardcourt (2019 ATP Finals) and their last Grand Slam meeting (2019 Roland-Garros).