Home » News » Serena in tears: legend walks out of press conference without warning

Serena in tears: legend walks out of press conference without warning

Serena Williams broke down in tears and walked out of her press conference after her difficult semi-final loss to Naomi Osaka on Thursday at the Australian Open. 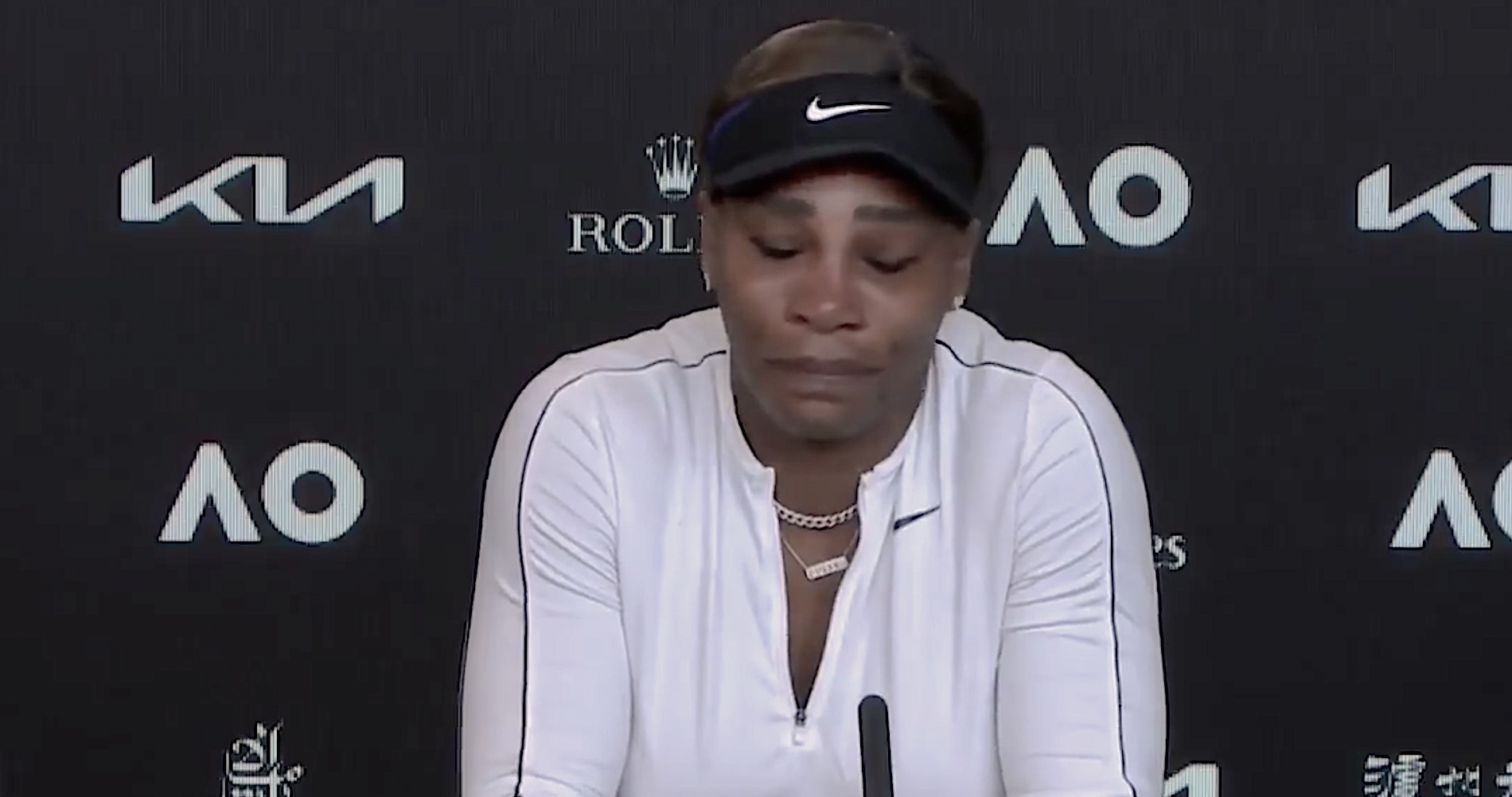 Whether it was no love from the draw gods, not matching up on equal footing with rising force Naomi Osaka, the pressures of playing in the pandemic or the frustration of failing in her attempt at reaching her 24th major title for the 11th straight Grand Slam, everything appeared to hit Serena Williams at once during her post-match press conference on Thursday in Melbourne.

The American broke out in tears and cut off her press conference abruptly after just three and a half minutes.

Serena left the press conference in tears with a quick answer to a question : "I don't know, I'm done"… 😳 #AusOpen #live

First there were questions about her putting her hand on her heart to salute the crowd at Rod Laver Arena as she walked off the court.

Journalist: There was a really poignant moment when you walked off the court. You put your hand over your heart. What was going through your head in that moment?

Serena Williams:“I don’t know. The Aussie crowd is so amazing, so it was nice to see.”

Journalist: Some people wondered if you were almost saying farewell?

Serena Williams:“I don’t know. If I ever say farewell, I wouldn’t tell anyone. So…”

Next there was a question about Williams’ unforced errors during the match, which Serena had cited as the difference against Osaka earlier in the press conference. A journalist asked her what caused her issues, and whether it was simply a bad day at the office.

Williams put her head down to gather herself, but couldn’t stop the torrent of tears.

Watch the full press conference below:

After her semifinal loss to Naomi Osaka, Serena Williams leaves the pressroom in tears.#AusOpen pic.twitter.com/g95Fva006O

Williams has no reason to hang her head. She played brilliantly in reaching the semi-finals and became the WTA Tour’s second-oldest Grand Slam semi-finalist in the Open Era with her performance. She came through a brutal section of the draw and was playing her third top 10 opponent in succession.

She played assertively, moving as well as she has in years.

But it wasn’t enough to avoid defeat against Osaka, and the sting that comes with it.

Not long after the press conference, the American reached out to her fans in Australia with a message on Instagram.