The American legend continued her quest for a 24th major singles title, notching a convincing victory over No 2-seeded Simona Halep. 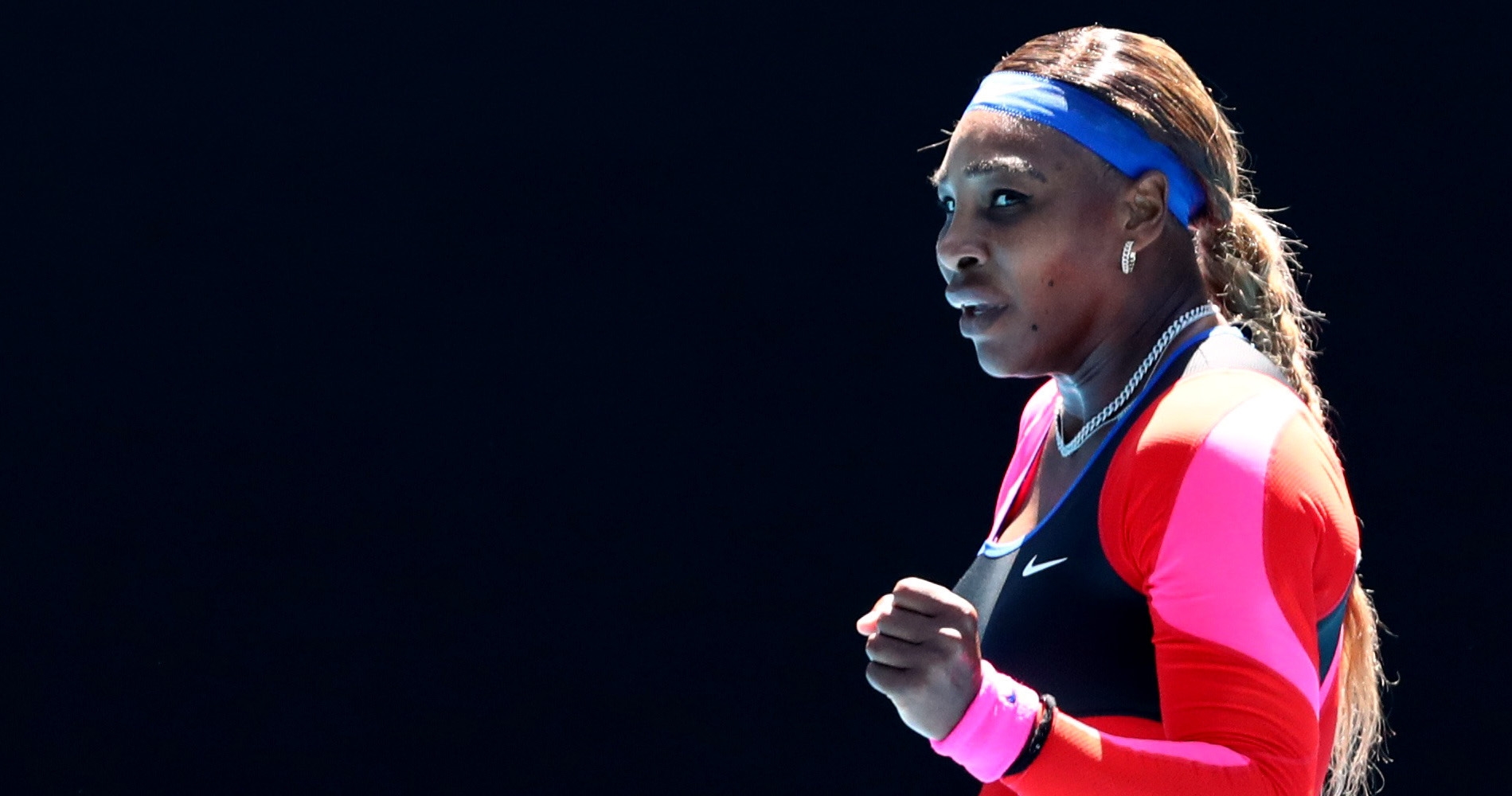 Serena Williams continues to turn back the clock at the 2021 Australian Open. The 39-year-old, moving better than she has in years, battled past No 2-seeded Simona Halep 6-3, 6-3 to move two victories from a record-tying 24th major singles title on Tuesday night in Melbourne.

The American, a 23-time Grand Slam singles title winner, has not won a major title since claiming the title in Melbourne four years ago, when she was nine weeks pregnant with her baby daughter, Olympia.

Up next for the seven-time champion at Melbourne? A blockbuster semi-final with 2019 champion Naomi Osaka.

To any potential future #AO2021 opponents of @serenawilliams, you might want to 𝗯𝗼𝗼𝗸𝗺𝗮𝗿𝗸 this tweet 🤯#AusOpen pic.twitter.com/AfZov2gw4N

She looks ready for the challenge.

Williams commented on her exceptional movement after the match, saying that she had some extra motivation while training for the Australian Open.

“I worked really hard on my fitness,” Williams said after the match. “I knew that I wanted to be better. I knew that I had an insane outfit that I needed to look good in, so I’m like ‘I can’t be on national television unfit.’ That was my main motivation and it all came from there. She added:

“I’m a naturally good mover. I’ve always been fast my whole career, so when I’m not fast it’s kind of unnatural for me, so it’s like I’m going back to my roots.”

In the pair’s 12th all-time meeting Williams avenged her stunning loss to Halep in the 2019 Wimbledon final with a robust performance that saw her outhit the Romanian from the baseline and the service stripe.

Williams produced 24 winners to just 9 for Halep over the course of the 81-minute contest. The American hit four aces and won 20 of 26 first serve points.

The winner of the first set has now won 11 of the 12 meetings between the pair and it was Williams who raced out to the lead on Tuesday evening. The American produced 14 winners to just four from Halep and won 13 of 15 first-serve points to claim the opener, 6-3.

Halep pushed back early in the second set with steady, penetrating groundstrokes, but Williams was undaunted. She rallied back from 3-1 down and moved ahead when she converted her sixth break point of the seventh game, thanks to stellar defense, counterpunching, and a perfectly angled crosscourt forehand that pulled Halep well outside of the tramlines and elicited a netted reply.

On her sixth attempt, @serenawilliams holds firm to break Simona Halep and lead 4-3 in the second set.#AO2021 | #AusOpen pic.twitter.com/c5t6xmLzMG

Williams, who made her Grand Slam debut at the Australian Open in 1998, has now won 68 the last 69 Grand Slam matches when she has taken the first set, dating back to 2016. Her only loss in that stretch came at last year’s US Open, when she fell to Victoria Azarenka in the semi-finals and injured her Achilles tendon in the process.

Williams has been in top-notch form in Australia. Now 8-0 on the season, she notched her 100th Australian Open victory with her round one victory over Laura Siegemund, and came through week one without dropping a set. In the round of 16 she was pushed to the brink by No 7-seeded Aryna Sabalenka in a heavy-hitting encounter, but stole away with the final two games to notch a 6-4, 2-6, 6-4 victory.

Williams and Osaka have met three times previously, with the Japanese star holding a 2-1 lifetime edge. Osaka took their lone Grand Slam meeting in the 2018 US Open final, 6-2, 6-4, while Williams won their last meeting, at the Rogers Cup in Toronto, 6-3, 6-4.

The American has now won her last 12 matches against top 3-ranked opponents at the Slams, a streak that dates all the way back to 2007.