Home » News » Tsitsipas: “I don’t think I would have had the energy to get back in the match”

Tsitsipas: “I don’t think I would have had the energy to get back in the match”

After the effort of his five-set win over Rafael Nadal in the previous round, the Greek said he had little left in the tank 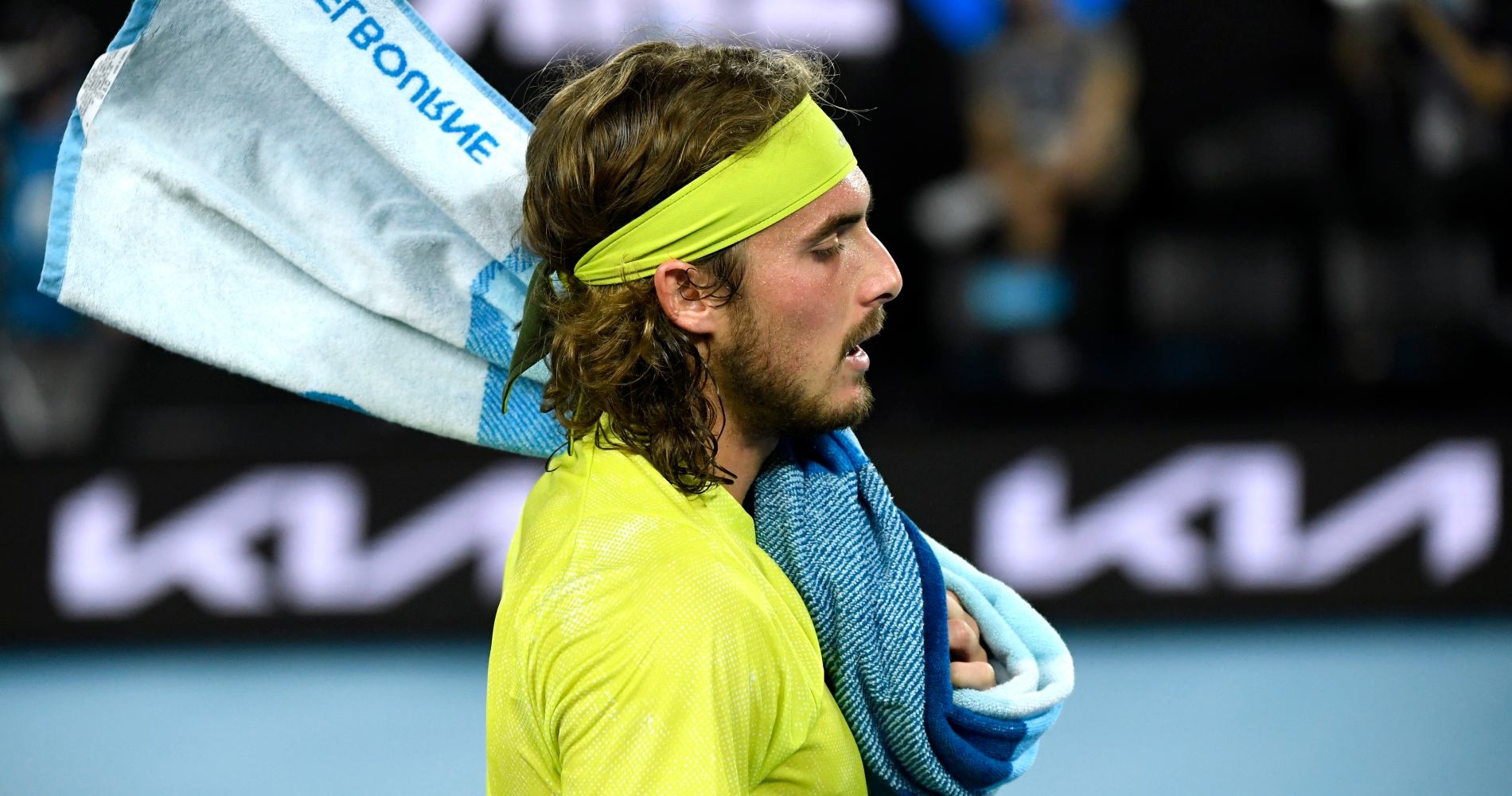 Stefanos Tsitsipas had no regrets about his performance in the semi-finals of the Australian Open on Friday, saying that Daniil Medvedev had simply been too good.

Medvedev won 6-4, 6-2, 7-5 to reach his first Australian Open final – where he will play world No 1 Novak Djokovic – the Greek showing signs of fatigue after his epic victory over Rafael Nadal in the previous round, when he had come from two sets down to reach the last four.

“Everyone saw what just happened out there,” Tsitsipas said. “He put out his show. He became Daniil Medvedev for three sets in a row.”

It wasn't meant to be today. All my love and respect to the crowd, they deserve it.

Tsitsipas fought back well in the third set and was two points from the set at 5-4, 0-30 on the Russian’s serve, but admitted he had little left in the tank.

“It didn’t really matter,” he said. “Up to this point, even if I would have been doing well, I don’t think I would have had any energy to get back in the match. It was all in the first two sets.”

Tsitsipas on Medvedev: “He reads the game so well”

The 22-year-old paid tribute to Medvedev, who became only the third Russian man to make the Australian Open final, following Yevgeny Kafelnikov and Marat Safin.

“Let me tell you that he’s a player who has unlocked pretty much everything in the game,” he said. “He’s reading the game really well. He has this amazing serve which I would describe close to John Isner’s serve. And then he has amazing baseline which makes it extremely difficult. So even if you return the serve, you don’t guarantee that you’re going to win the point. You have to really work hard for it.

“It’s difficult. Obviously it’s not meant to be easy, otherwise, you know, he would be stuck at the futures level and not here. So he makes it very difficult, and I’m sure all the hard work that he has been putting and the hours on the court have benefited a lot. He tricks you. You know, he plays the game really smart. It’s really interesting to see that.”

"Let me tell you, he's a player who has unlocked pretty much everything in the game."@steftsitsipas on @DaniilMedwed's incredible form in Melbourne.#AusOpen | #AO2021 pic.twitter.com/CHBu8aNAiB

Tsitsipas, who said a Medvedev victory on Sunday would be good for tennis, has now lost all three of his Grand Slam semi-finals but said he will bounce back.

“It means the world to be where I am,” he said. “Playing in a semi-final is a difficult thing. I just need to find a way to get there and just be in the same state of mind. I’ve proven that I have the level to beat these players. It’s not that I haven’t, but as Stan (Wawrinka) says, “Ever tried, ever failed, no matter, try again…fail better.” So let’s hope for something better next time. I really hope it comes.”

We love watching you play in Melbourne and can't wait to see you on court next year @steftsitsipas 🇬🇷💙🇦🇺#AusOpen | #AO2021 pic.twitter.com/NPGOroKdwQ

And the Greek said he hoped to be back in action as soon as he can.

“I want to play a tournament next week if that’s possible,” he said. “I want to keep the rhythm going. Even if my body is not 100 percent, I just want to enjoy playing tennis. My body is feeling okay. I don’t know. He played really well.”