Azarenka struggles to breathe in shock defeat to Pegula

Victoria Azarenka suffered breathing difficulties as she went out in round one, before detailing how tough it had been to spend 14 days in “hard quarantine” 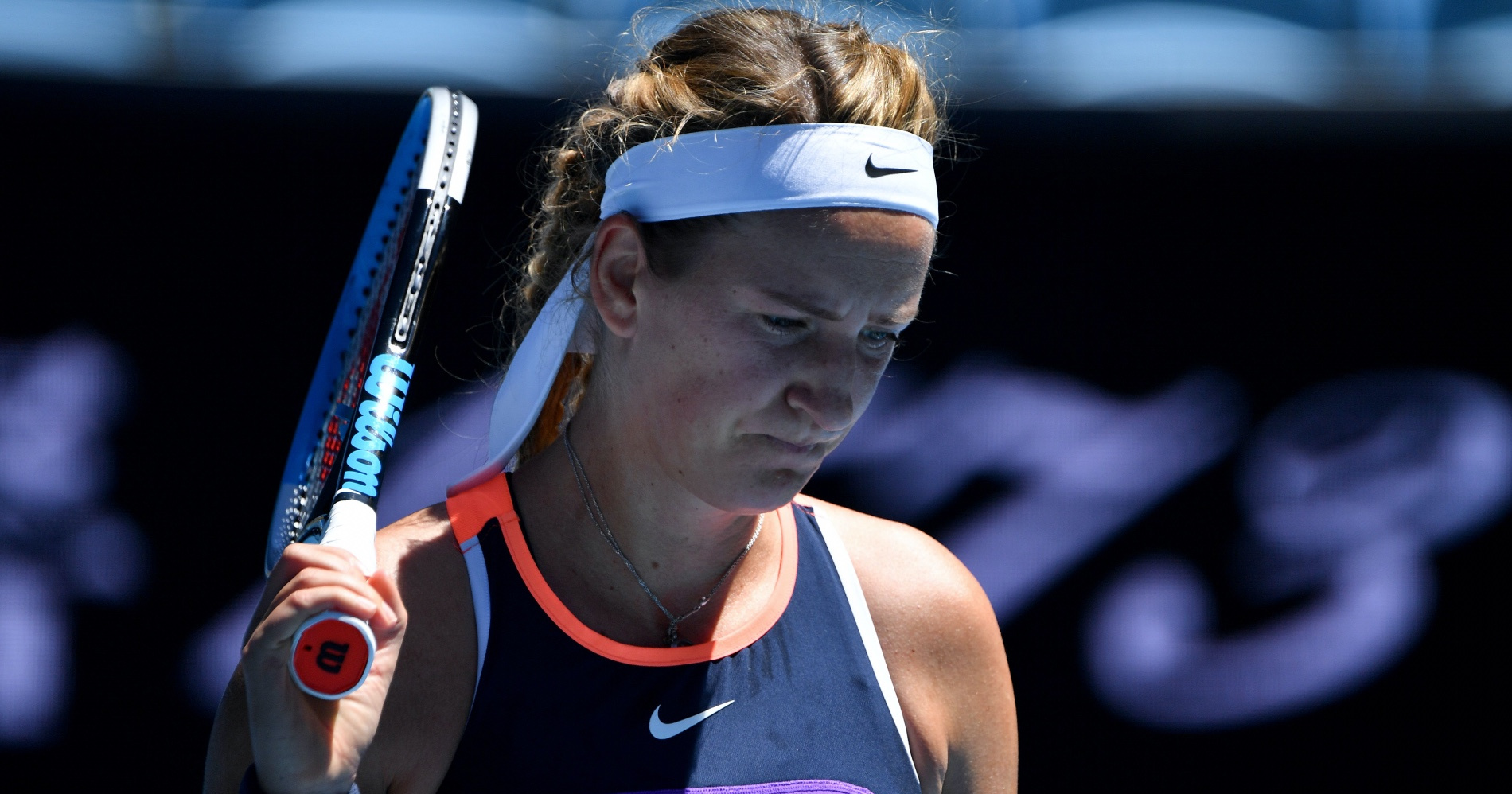 Victoria Azarenka was considered one of the favourites to make a deep run at this year’s Australian Open. Coming off a stellar 2020 season that saw her reach her first Grand Slam final in seven years, there were high hopes that she might push through and win another major.

Azarenka was bounced from the draw at the first hurdle by American Jessica Pegula, 7-5, 6-4, after blowing a 5-2 lead in the opening set and suffering breathing issues that forced her to take a medical timeout in the middle of the second set.

The world No 13 did not want to talk about her medical issue after the match.

“I truly don’t ever understand that rule of why, when somebody is sick, injured or whatever, they have to give their medical reason out in the world,” she said. “I think that should be changed, unless players do want to talk about that, then they can.”

Azarenka, who was one of the 72 players that was put into hard quarantine for two weeks ahead of the Australian Open, did say that her experience was difficult. The lack of fresh air, in particular, made it tough.

“I think the biggest impact for me personally has been not being able to have fresh air,” she said. “That really took a toll. It really took a toll for me to adjust. At the same time it’s something, like, I don’t know how to prepare after two weeks quarantine to play in six days match or five days match. I don’t have a blueprint of how to prepare. So it’s all about, like, trying to figure it out. I did not figure it out, not this time.”

Pegula was well aware of Azarenka’s physical struggles and tried her best to keep the blinders on and just play her game.

“I could tell she was kind of grabbing her chest, she was breathing heavy,” Pegula said. “I could tell she wasn’t feeling well. That makes it honestly just as hard to close out the match because you see it happen all the time where someone maybe isn’t feeling well, is injured, they kind of play with nothing to lose, which she kind of did for a few games there. I just tried to not focus on it, just keep playing my game, not let her dictate, not let her get the first ball. Yeah, I guess I just tried to focus on me.”

Azarenka, the WTA’s comeback player of the year in 2020, won her 21st career title at the Western and Southern Open last year in New York, and reached her first Grand Slam final since 2013 two weeks later, where she lost to Naomi Osaka in a thrilling three-set battle.

But the No 12-seeded Belarusian lost the plot on Sunday when the hard-hitting Pegula mounted a surge to take the opening set.

Azarenka appeared to be poised to take back momentum when she saved a break point to hold for 3-4 in the second set and soon after broke to level the set at 4-4. But the 31-year-old two-time Australian Open champion was only able to win two more points from there as Pegula put the finishing touches on her biggest career win at a major.

Absent in 2017, 2018 and 2020 amid personal and fitness-related issues, Azarenka was also bounced out of Melbourne in the first round two years ago. She has not won an Australian Open singles match since her trip to the quarter-finals in 2016.