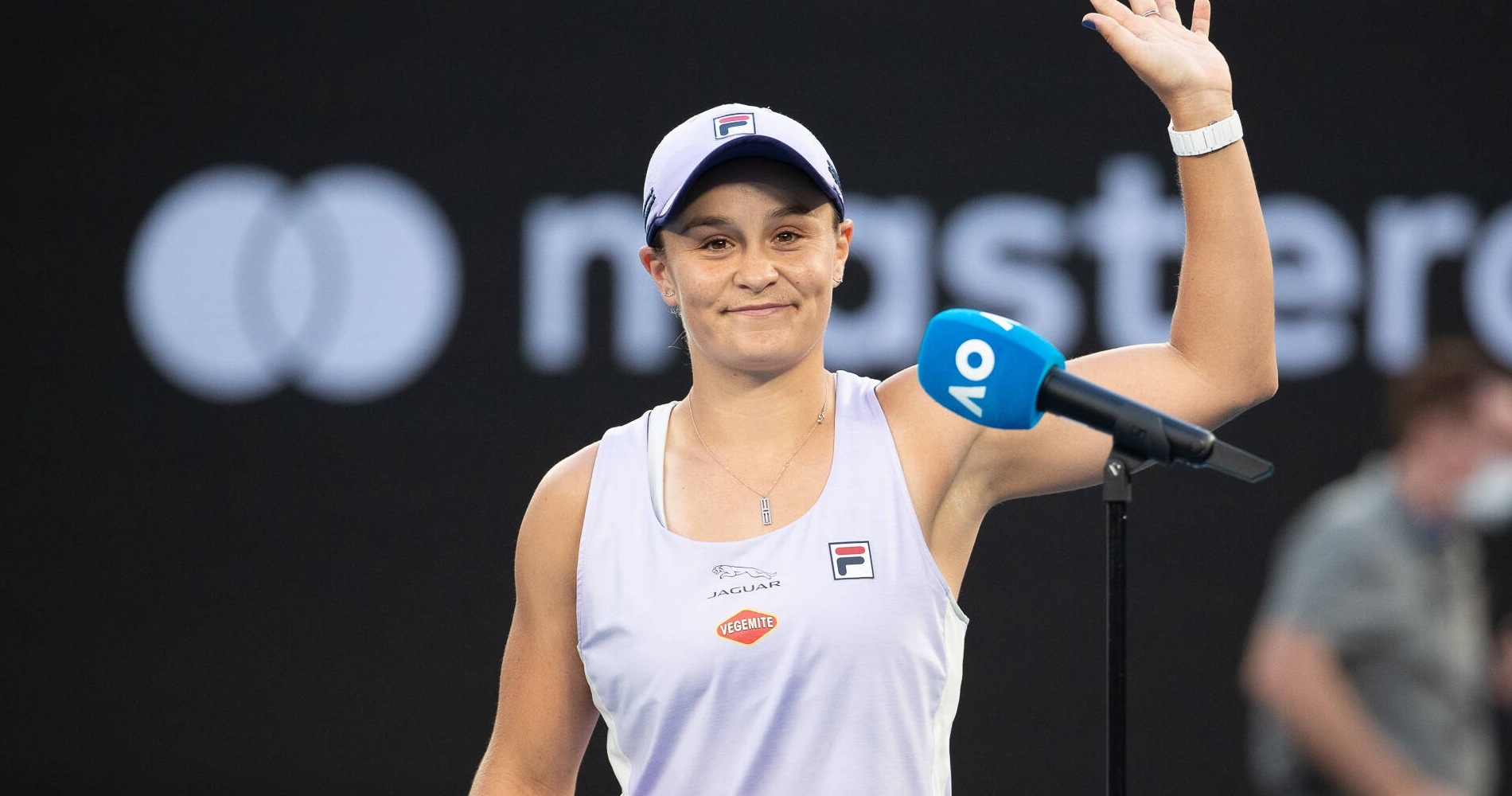 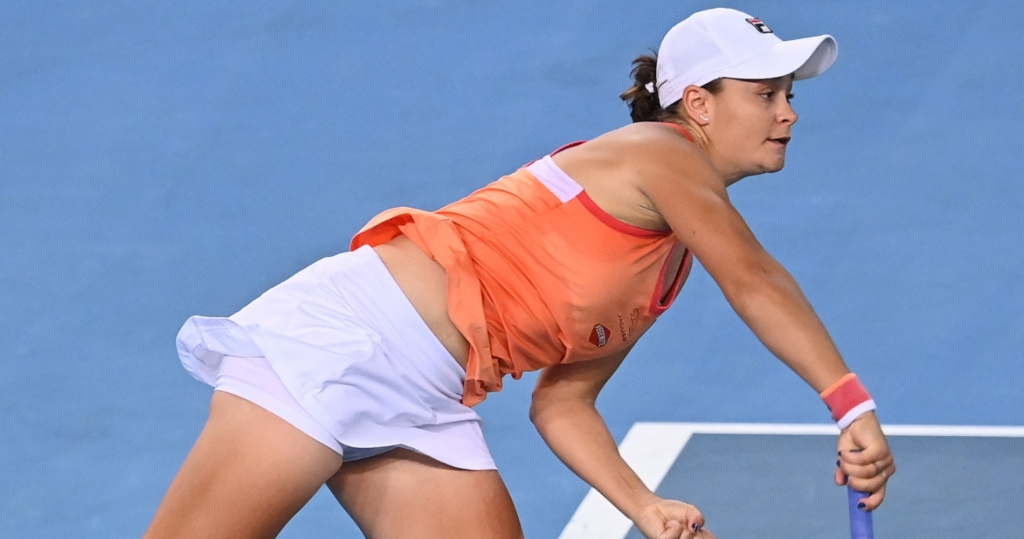 What you need to know: Barty storms through, Azarenka out, Sherif makes history

World No 1 Ash Barty is one of the most down to earth and generous players out there but when she steps on the court, she’s ruthless. And so it proved as she blasted Danka Kovinic off Rod Laver Arena in 44 minutes with a 6-0, 6-0 drubbing.

The Australian, who won the warm-up event last week in her first outing in a year, dropped just 10 points as she romped to victory over the world No 82 to take her place in round two against another Australian, Daria Gavrilova.

“That’s what it’s all about,” Barty said. “I felt great out here tonight. To play in front of you guys is an honour and a privilege. The bonus for us is the crowds, the people can enjoy it with us.”

Egypt’s Mayar Sherif turned heads at Roland-Garros in 2020 when she qualified for Roland-Garros to become the first woman to represent her nation at a Grand Slam. She proceeded to push Karolina Pliskova to three sets in her first-round match before eventually falling.

Today in Melbourne, Sherif, who qualified for the main draw, took it a step further and became the first Egyptian woman to win a match at a major when she defeated Chloe Paquet 7-5 7-5.

“It means a lot because finally this is barrier that I had to pass, a mental barrier,” Sherif said. “Very, very happy with my accomplishment and I’m going for more. That’s it.”

Sherif will take on Kaja Juvan of Slovenia in round two after she progressed when Johanna Konta, the No 13 seed, pulled out with an abdominal injury, having taken the first set. 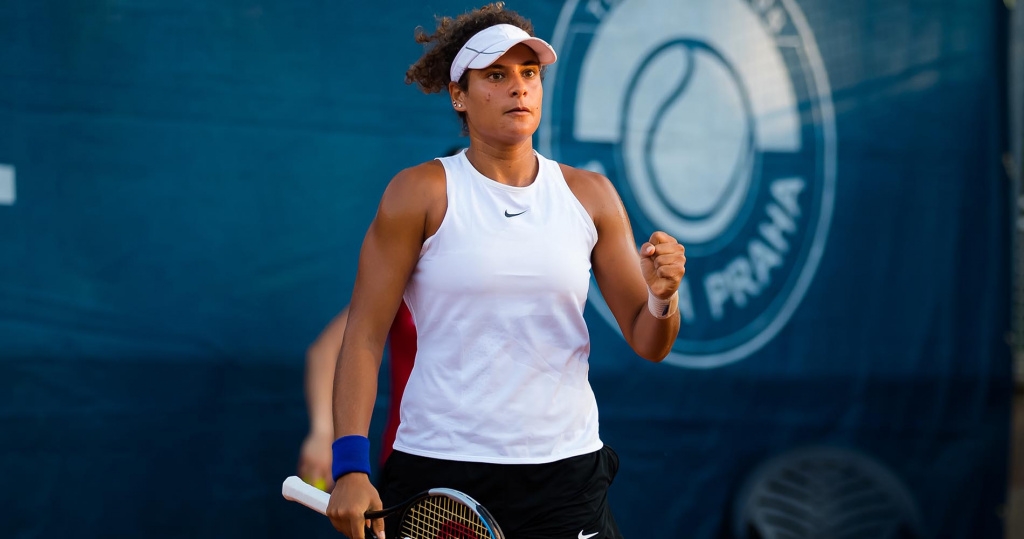 Defeats Chloe Paquet 7-5, 7-5 in the Australian Open first round.

The upsets: Azarenka knocked off by Pegula, Sakkari beaten

American Jessica Pegula had never won a main draw match at the Australian Open but that changed in a big way on Day 2 as the 26-year-old shocked two-time Australian Open champion Victoria Azarenka 7-5, 6-4. The world No 64 rallied from 5-2 down in the opening set and never looked back, as Azarenka appeared to be struggling with breathing issues in the second set.

Worrying scenes as Azarenka stops play, breathing heavily at 5-7, 2-4 and 40-0 on her serve. Medical staff on court and she will now receive a medical evaluation off court as Jessica Pegula, nearing an upset, waits https://t.co/0whY8Y3Ip6

After a medical timeout, Azarenka was able to crawl back even at 4-4, but Pegula took the final two games to notch her biggest career win by ranking at a major.

Greece’s Maria Sakkari always gets great support in Melbourne and many feel she’s a contender for a Grand Slam title. But it won’t be this year, after she was beaten 6-2, 0-6, 6-3 by France’s Kristina Mladenovic, Sakkari perhaps feeling the effect of the hard 14-day quarantine she endured on arrival.

Sofia Kenin and Garbine Muguruza played a thrilling final last year at Melbourne Park. In 2021 both are back with high hopes, and neither had those dashed on Day 2. Kenin struggled to find her rhythm but still toughed out a 7-5, 6-4 victory over 23-year-old Aussie wild card Maddison Inglis.

.@SofiaKenin is through to the Second Round, though Maddision Inglis made her work for it ✌️

It was a poised and powerful performance from last year’s runner-up Garbine Muguruza. The Spaniard pushed past Margarita Gasparyan of Russia, battling through a tense first set and then pulling away to close a 6-4, 6-0 victory in 73 minutes. The two-time Slam champion won 26 of 37 points in the second set and converted all three of her break point opportunities in Margaret Court Arena.

Zhang Shuai was just demolished 6-2 6-0 by Ann Li in 47 minutes and then stayed to have a nice chat with her opponent. pic.twitter.com/5E1PSGA5F6 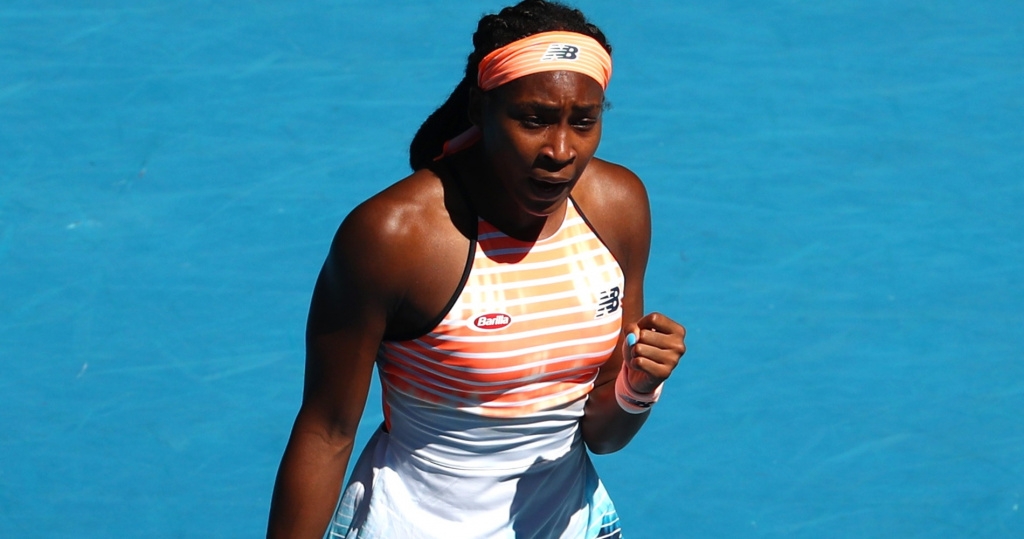 For the second time in as many weeks, Coco Gauff has marched past Jil Teichmann. The American, who defeated Teichmann in the first round at last week’s Gippsland Trophy in Melbourne, repeated the victory on day 2, but with a much breezier 6-3, 6-2 scoreline. The 16-year-old American earned a date with No 5-seeded Elina Svitolina in the second round. The Ukrainian battled past Marie Bouzkova of the Czech Republic 6-3 7-6(5).

In other action, Belgium’s Elise Mertens, the No 18 seed, notched a 6-1, 6-3 victory over 18-year-old Leylah Fernandez. The Canadian was one of seven teenagers in the women’s singles draw. Mertens, a semi-finalist at Melbourne Park in 2018, won 78 percent of her first-serve points. American 20-year-old Ann Li was the first winner, crushing China’s Zhang Shuai 6-2, 6-0 in just 47 minutes, thanks to 22 winners.

And in the battle of two players who had to endure the hard 14-day quarantine with no practice, Yulia Putintseva of Kazakhstan came from behind to beat the former US Open champion Sloane Stephens 4-6, 6-2, 6-3.