Ugo Humbert was a picture of dejection after falling to Nick Kyrgios in five sets on Wednesday night in Melbourne. But the Frenchman’s performance, despite the loss, points to a very bright future. 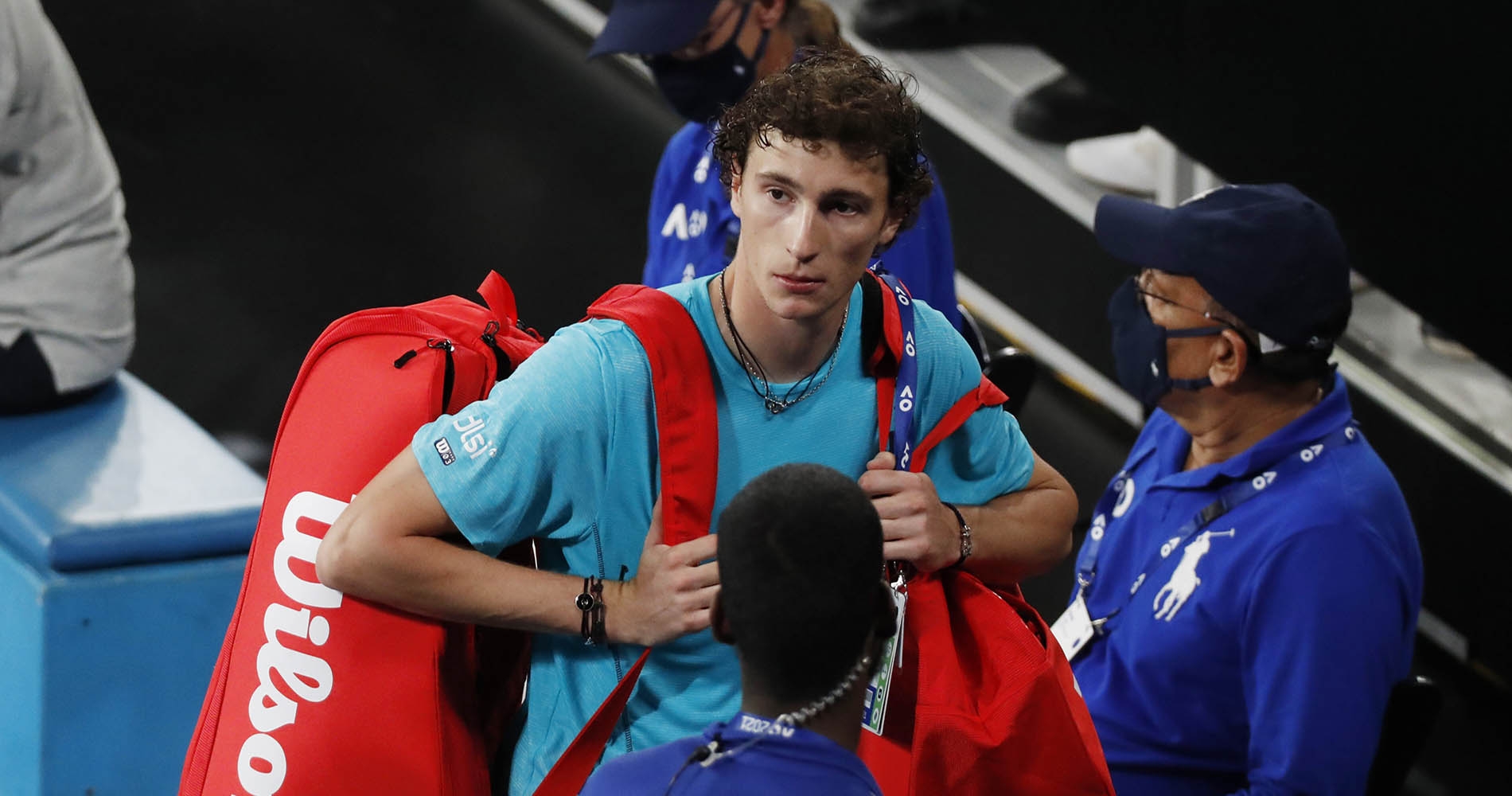 Ugo Humbert suffered a heartbreaking defeat at the hands of Nick Kyrgios on Wednesday night in Melbourne, but the Frenchman left the court knowing that he has taken a step in the right direction.

“I’m not far from beating the very good players,” he told reporters after his difficult loss, one that saw him fail to convert two match points in the fourth set before losing in five dramatic sets while a rowdy mob of Australian fans celebrated his demise.

Humbert, who should be commended for his performance and the way he held his cool in one of the most inhospitable environments that the sport has to offer, believes he has to take a few more steps in his development before he can start to win matches like last night’s.

And there’s nothing wrong with that.

“I’m not that far,” he stressed. “I won tight matches, like against Tsitsipas (in Bercy, where he recorded his second career top 10 win). I’m not far from beating the very good players. To be consistent, I have to improve further. Afterwards, against the elite, there is still a lot of work.”

Even in defeat Humbert turned a lot of heads with the way he took it to the Aussie for much of the night. His wicked can opener service is a lethal weapon, he hits with big power and accuracy off of both wings, and his movement is exceptional, especially for his size.

Nick Kyrgios had nothing but praise for the 22-year-old after his victory. The Aussie was already wary of Humbert’s tricky game ahead of the match, and he knew he was lucky to steal away with the victory in a contest that Humbert could have easily locked down in four sets.

“He’s a heck of a player,” Kyrgios said. “I don’t think he’s getting enough credit for the year he had last year, and he’s only going to get better. I don’t call too many people good players when I play them. I usually — they play well, but, like, he’s a really good player.

“He’s a lefty. He’s got a good serve. He can hit all the flat spots. He can hit the wide on the deuce, T on the ad. Unbelievable backhand, good forehand, good volleys. He’s a good competitor too. And he’s only young. He’s definitely one to watch out for. I think he’s going to be very good.”

It’s true that Kyrgios took the play to Humbert once he saved the pair of match points in set four, but in those shaky moments that led to a bitter defeat, the Frenchman experienced some epiphanies, and can take solace in the lessons learned.

At 22, the wins are important, but the progress even more so. Humbert seems to appreciate this well.

“There are a lot of lessons to be learned from this kind of game,” he said. “I love that. It is to experience such emotions that I love tennis so much. Even if I find it hard to be positive right now.”