The winner in London in 2012 and in Rio in 2016 will be bidding for another medal, despite his metal right hip 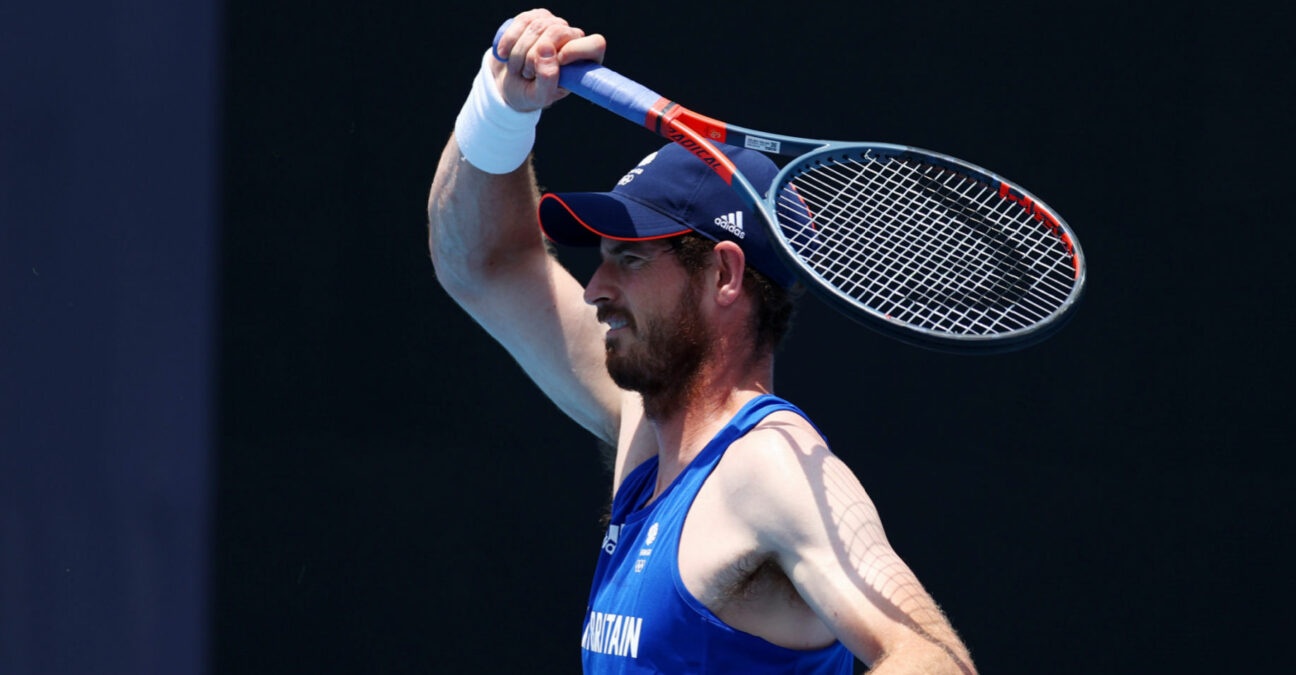 Considering that Andy Murray is the only man in history to win back to back Olympic tennis gold medals, you might think that he would just be happy to be in Tokyo, not least due to the physical and emotional battles he has been through over the past two and a half years.

But that’s not how great champions think and so it should be no surprise to hear the former world No 1, metal hip in tow, talking up his chances of winning a third medal in Tokyo.

“My goal is to try and win a medal,” Murray wrote in a column for Olympics.com. “Ideally a gold one for my country.”

Murray: “The Olympics can be a beacon of hope”

But Murray has also always understood the bigger picture sport can play and the Scot said these Olympics, even without any fans due to Covid-19, can be just as important as any that have gone before.

“Overcoming barriers and difficulties is what defines competing at this level, the ups and the downs. In so many ways, right now it’s more important than ever that people around the world get to reconnect to the raw emotion of sport, watch incredible performances and celebrate the achievement of athletes coming from around the world,” he said.

“As we saw here in London in 2012, the spirit of Olympism has a huge impact on athletes, fans and people around the world. For those that are still experiencing the worst of the pandemic and others that have lost so much over the last year, this Games can be a beacon of hope. “

Murray: Sport can “heal and strengthen” our society

“I know first-hand the impact that playing sport for a career has on your body,” he said. “I know how difficult and frustrating that journey can be. I know the heartbreak of missing a major tournament and the journey of recovery. There are many athletes for whom 2020 should have been a crowning achievement, who will now not even make the rescheduled Games this summer. I truly feel for them. It’s no secret how much the fans’ support means to me and I have great sympathy for the crowds who won’t be able to be there in person.”

“Exposure to sport at the highest level brings benefits we can’t begin to quantify. It supports mental health. It encourages increased physical activity. It exposes us to other cultures and peoples. It brings us together. Sport isn’t just a fundamental human right – it is one of the most impactful tools to heal and strengthen our society.

“In times of difficulty, sport isn’t just necessary, it is vital. Excellence, respect and friendship and valuing the small wins in everyday life as well as the big ones became more important than ever over the last 18 months. During the darkest days of lockdown, the workouts at home, the games of tennis played on rooftops and even the walks around the garden, gave us all a sense of hope and for many a new perspective.

An incredible amount of work has gone into ensuring the safety of everyone involved with the Games. It’s going to be amazing to be playing in Tokyo and my own experiences are why I think the Games have never been more relevant.”

It’s two and a half years since Murray seemed to be announcing his career was over as he underwent a second hip surgery, an operation he did not know would even allow him to play again, let alone at the top level.

The path back has been brutal, but Murray is back and has a chance to win another medal. If he manages it, it might just be the achievement of a career which has brought three Grand Slam titles (including two Wimbledons), Davis Cup glory and the No 1 ranking, not to mention all his other titles, won all over the world.