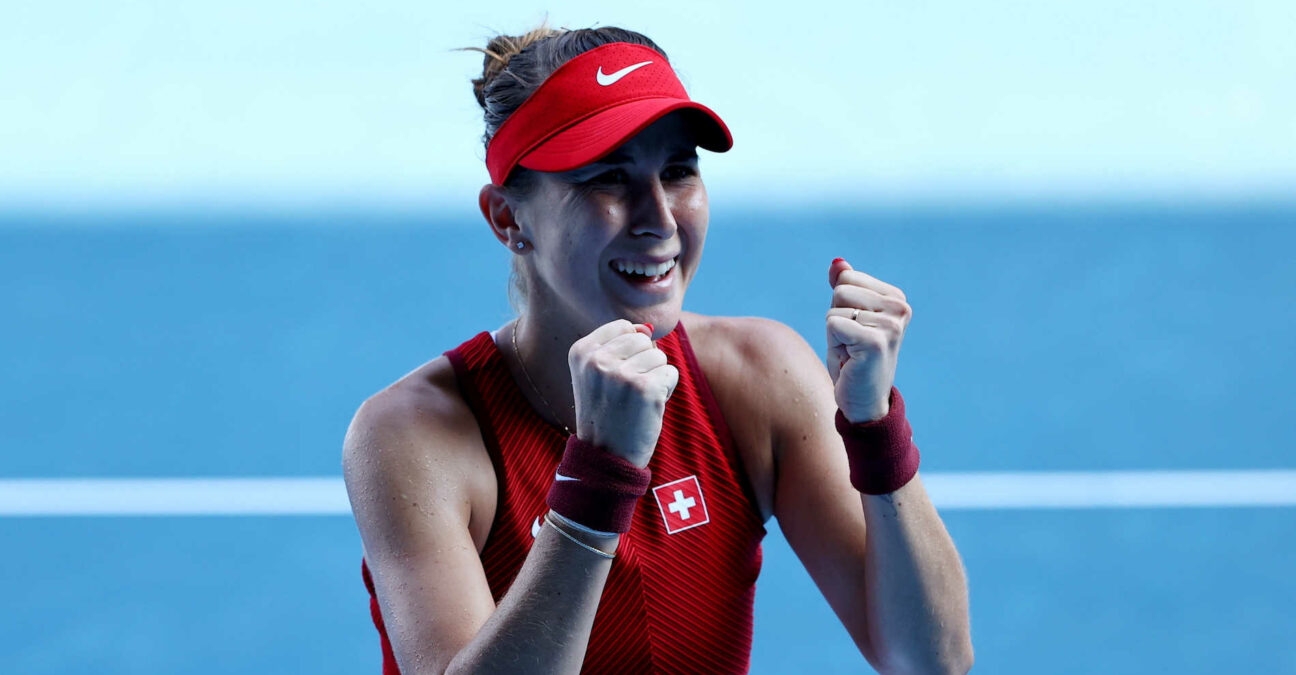 The smiles on the faces of Belinda Bencic and Marketa Vondrousova said it all.

The two women will go head to head for glory in the Olympic final, the biggest moment of each of their careers and a match that will be life-changing for the winner.

Ninth seed Bencic could barely contain her emotions after reaching the Olympic final thanks to a 7-6 (2), 4-6, 6-3 victory over Elena Ryabkina of Kazakhstan, falling to her knees as the realisation of her achievement sunk in.

The Swiss saved six set points in the opening set and then recovered from 2-0 down in the third set to take her place in the final.

“My emotions right now… it’s too high,” the Swiss said. “To have a medal, it’s the greatest thing. Even to be here as an athlete, in the Olympics, it’s amazing. To have a medal, it’s something I dreamed of, and I didn’t think it would become reality. I’m beyond relieved and happy.”

In the two plus years since Vondrousova reached the final at Roland-Garros, the Czech has struggled to replicate that form but this week has changed everything for the left-hander.

The 22-year-old, who ousted second seed Naomi Osaka in the third round, produced a dominant performance as she beat fourth seed Elina Svitolina 6-3, 6-1 to guarantee herself a medal and become the first Czech woman to make an Olympic final.

Bencic trying to emulate Rosset, and double up

Switzerland have a proud history in the Olympics, dating back to 1992, when Marc Rosset won the title, while Roger Federer reached the final in 2012.

Federer, Stan Wawrinka, Timea Bacsinszky and Martina Hingis also won medals for Switzerland at the Olympics and Bencic will hope to join them.

However, she will be wary of the talent of Vondrousova, who beat her in their only previous meeting in Miami earlier this year.

But Bencic will also have the chance for doubles glory, too, after she and Viktorija Golubic beat Luisa Stefani and Laura Pegossi of Brazil 7-5, 6-3 to reach a second final, and guarantee a second medal.