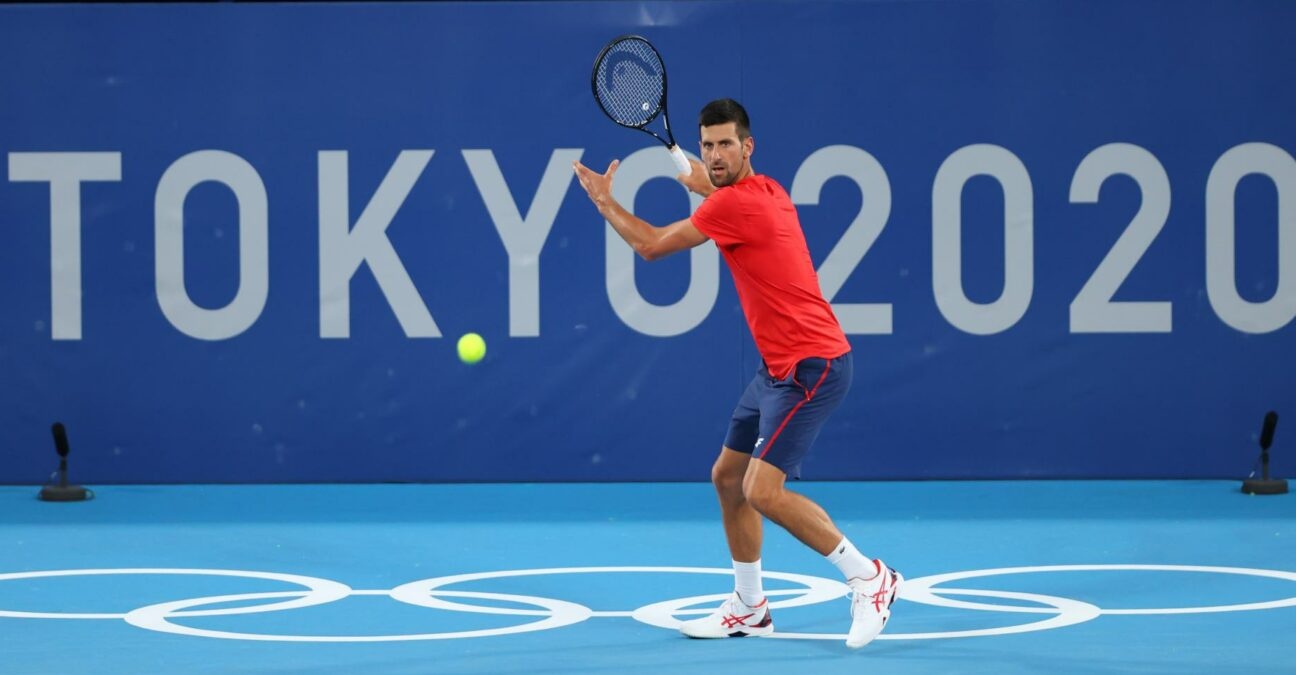 Novak Djokovic hit the ground running in Tokyo as he took to the practice courts less than 24 hours after landing in Tokyo for the Olympic Games.

The world No 1 was hard at it on Wednesday and seemed to be enjoying himself as he began to acclimatise to the heat and the courts at the Ariake Tennis Park.

Djokovic is the red-hot favourite to win his first Olympic gold medal, having taken bronze in 2008. He lost in the semi-finals in 2012 and in the first round in 2016.

Should he win the title, the 34-year-old would need just the US Open title to complete the coveted calendar-year Grand Slam, having won the Australian Open, French Open and Wimbledon already this year. Rod Laver, the great Australian, was the last man to win the Grand Slam in 1969 while Steffi Graf is the only player, man or woman, to win the “Golden Slam” of all four majors and the Olympic Games.

The Olympic event begins on July 24.