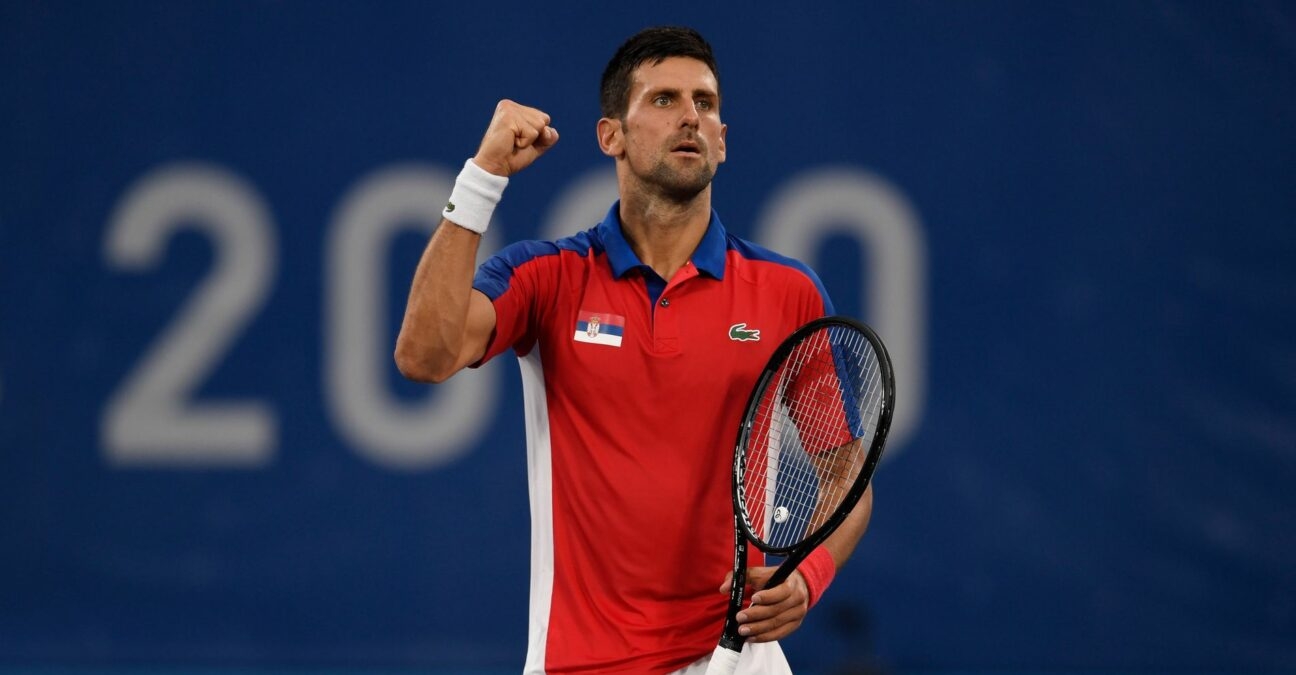 World No 1 Novak Djokovic will clash against fourth seeded Alexander Zverev in the semi-final of the Tokyo Olympics, with the winner being guaranteed of at least a silver medal whereas the loser will move into the bronze medal play-off.

Djokovic, who is chasing his first Olympic gold medal, was the first among the two to advance. The Serb needed only 70 minutes to end the hopes of a tennis medal for the host nation, with a 6-2, 6-0 win over former world No 4 Kei Nishikori.

The Serb, who is chasing the Golden Slam in 2021, was in control from start to finish against Nishikori, hitting 13 winners to just six for his Japanese opponent, and making 13 unforced errors as compared to 16 for Nishikori.

Djokovic was able to break Nishikori’s serve on multiple occasions, converting 5 of 10 break point opportunities, and saved the only break point he faced in the match himself.

After his win, Djokovic said his level has been improving with every match in Tokyo. “Matches are not getting easier, but my level of tennis is getting better and better,” the Serb said as quoted by the ITF website. “I’ve done that many, many times in my career: I know that I’m kind of player that the further the tournament goes, the better I’m feeling on the court. That’s the case here: my best performance of the tournament tonight against the very good opponent.”

After his semi-final win, Djokovic returned to the courts with partner Nina Stojanovic to reach the mixed doubles semi-final and keep his hopes of two medals alive. The Serbian pair defeated German duo Kevin Krawietz/ Laura Siegemund 6-1, 6-2 and will now meet the Russian pair of Aslan Karatsev/ Elena Vesnina on Friday.

A win on Friday will guarantee Djokovic either a gold or a silver medal in the mixed doubles event.

Later on in the evening, Zverev put on an equally impressive display, taking only 66 minutes to defeat Frenchman Jeremy Chardy 6-4, 6-1. The German was dominant in his serve, hitting 11 aces (as compared to four for Chardy). Zverev also won 85% of his first-serve points, and 83% of his second serve points in the match.

Djokovic holds a 6-2 edge over Zverev in their head-to-head, and has won their last five encounters in a row, including a tough four-set quarter-final victory at this year’s Australian Open.

The second semi-final in the men’s singles event will see sixth seed Pablo Carreno Busta take on 12th seeded Karen Khachanov for a spot in the final. 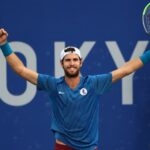 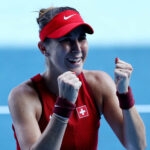