Khachanov to take on Carreno Busta for Olympic final spot

Russia will meet Spain in the first semi-final at the Olympics, probably the biggest match of both men’s careers 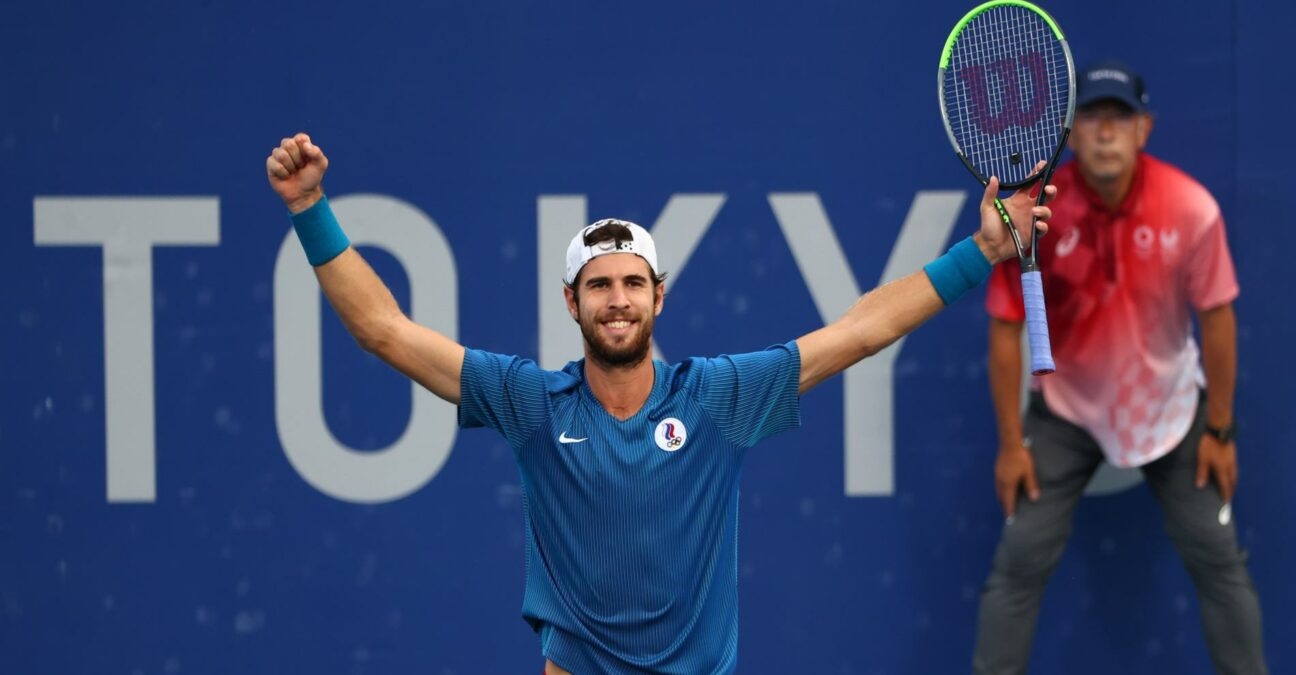 Karen Khachanov and Pablo Carreno Busta will go head to head for a place in the Olympic final – and a guaranteed medal – on Thursday after the two men produced stirring performances to reach the last four.

Twelfth seed Khachanov was the first man into the semis as he downed Frenchman Ugo Humbert 7-6 (4), 4-6, 6-3 to advance and sixth seed Carreno Busta then joined him after he upset second seed Daniil Medvedev 6-2, 7-6 (5).

It’s three years since Khachanov last won a title on the ATP Tour but the 25-year-old is now one win away from a guaranteed medal after he fended off a stout challenge from Humbert.

The Frenchman had beaten Stefanos Tsitsipas in the previous round but Khachanov snatched the first set on the tiebreak and though Humbert levelled, Khachnov had enough left in the third to clinch victory.

Carreno Busta too good for Medvedev

Medvedev had struggled with fatigue and a few injury concerns in his previous round but the Russian still went into his clasg with Pablo Carreno Busta as the favourite to progress.

But the Spaniard, as consistent as ever, took the first set and then held off Medvedev in the second, taking the tiebreak 7-5 to reach the semi-finals.

Little to choose between the two men

Khachanov and Carreno Busta have played each other five times, with the Spaniard leading 3-2, including a win in their most recent meeting, on clay in Monte Carlo.

But the Russian leads 2-1 in their three hard-court meetings, perhaps giving him a mental edge as they go head to head for a place in the final, for both men (even though Carreno Busta has been to the semi-finals of the US Open twice) the biggest match of their careers.