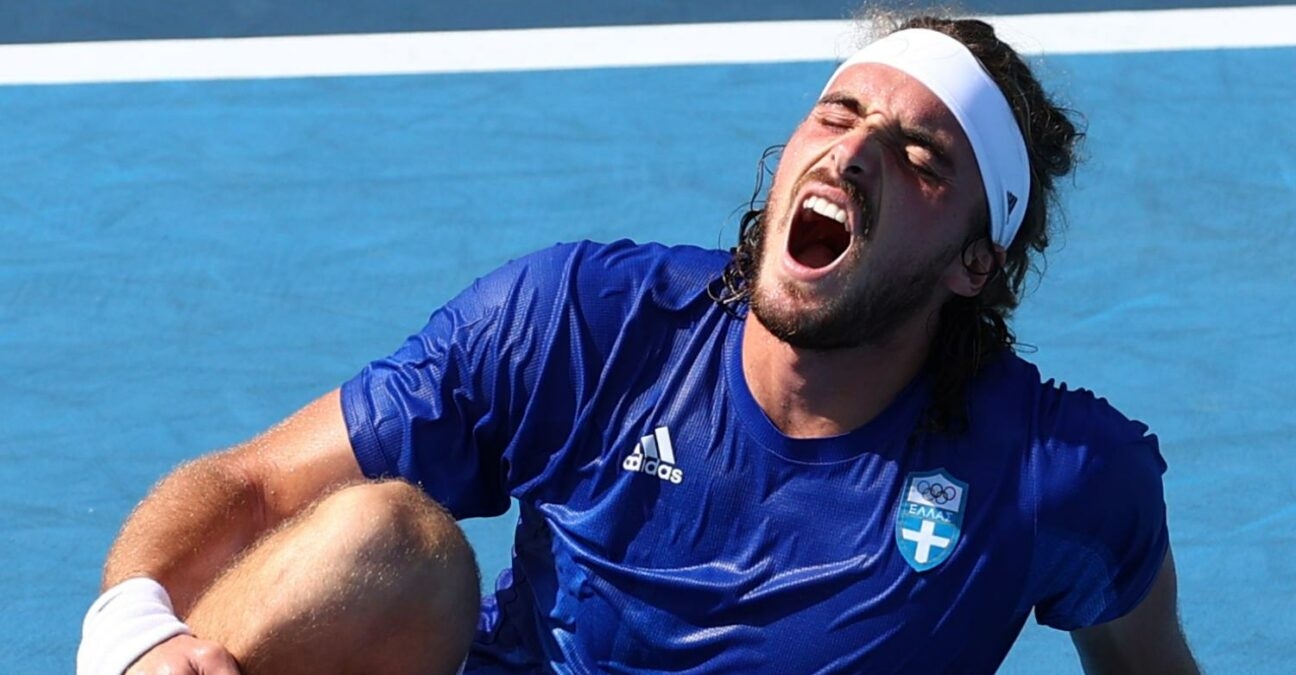 Stefanos Tsitsipas‘ hopes of winning an Olympic medal came crashing down on Wednesday as he was beaten 2-6, 7-6, 6-2 by Frenchman Ugo Humbert in the third round.

The Greek had been trying to emulate the performance of his grandfather, who won Olympic gold in football with the Soviet Union in 1956, but was worn down by the world No 28, affected by a leg injury that he seemed to suffer at the end of the second set.

Fourth seed Tsitsipas had been one of the favourites for the gold medal after a stellar year to date, reaching his first Grand Slam final at Roland-Garros.

But the Greek knew Humbert would be a true test, having lost to the left-hander in their only previous meeting in Bercy at the end of 2020, a match that saw three tiebreaks.

In intense heat and humidity, Tsitsipas was in charge after winning the first set but suffered a right leg injury on set point to Humbert in the second set. He took a medical timeout to have the injury assessed and though he continued, he was clearly affected as the third set progressed.

Humbert’s reward is a quarter-final with Khachanov, who won a see-saw battle with Schwartzman to take his place in the last eight.