Every day, Tennis Majors takes you back in time to relive a tennis event which happened on this specific day. On June 2, 1994 Mary Pierce blitzed Steffi Graf with a dominant display of power tennis 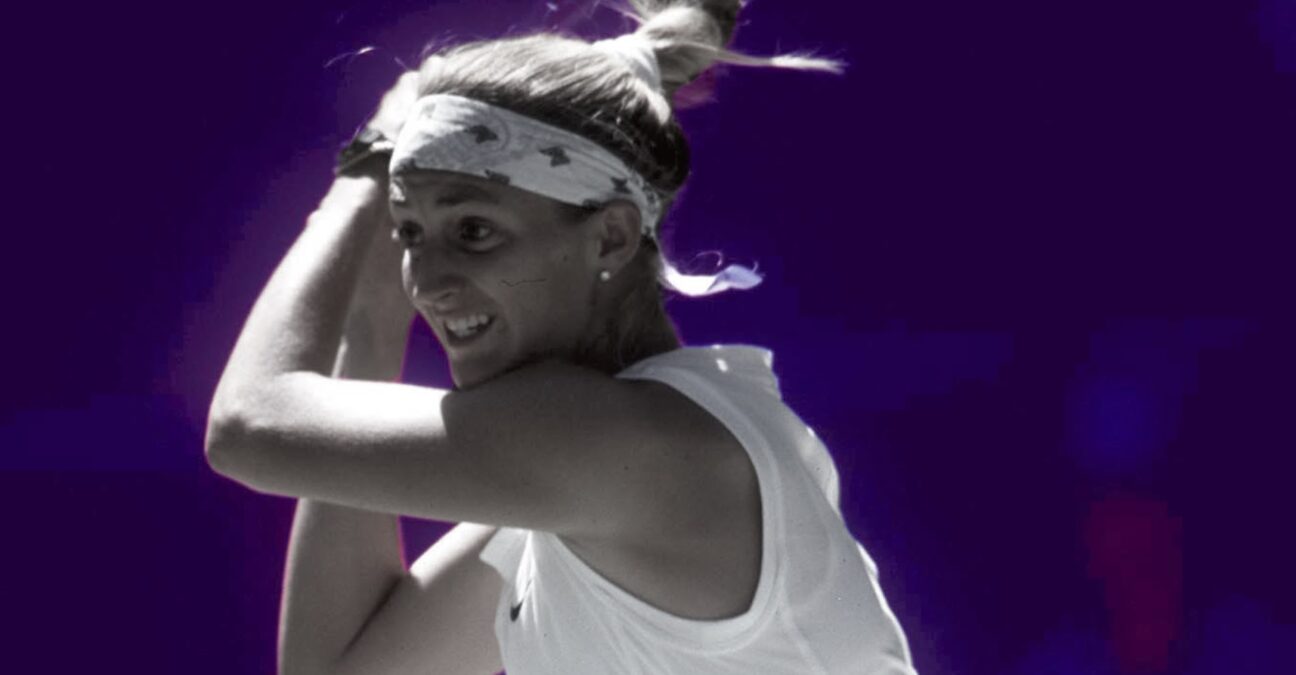 On this day, June 2, 1994, Mary Pierce, from France, stunned world No 1 Steffi Graf in the semi-final at Roland-Garros, 6-2, 6-2. In doing so, Pierce delivered a close-to perfect performance. And it was a stunning one as well, as the German had won the last four Grand Slam tournaments, had managed to remain almost undefeated in 1994, whereas Pierce was playing in her first major semi-final. Furthermore, Pierce became the first French woman to reach the Roland-Garros final since Francoise Durr in 1967.

The German had been world No 1 without a break since the summer of 1993, after her main rival on the tour, Monica Seles, was forced off the court due to the unfortunate stabbing incident that occurred in April of that year. Graf had already topped the WTA rankings without interruption between 1987 and 1991. The accomplished German completed an epic Golden Grand Slam in 1988, claiming the gold medal at the Olympic Games on top of the four Grand Slam titles in the same year, a singular achievement in tennis history.

When Graf arrived at Roland-Garros in 1994, she had lost only two matches on the tour in the past 12 months, and she held the four Grand Slam crowns simultaneously as well as the season-ending WTA Championships. She was undefeated in a major event since her 1993 Australian Open final loss to Seles. Her game was based on a tremendous forehand which she could fire with purpose in any direction, legendary footwork and a devilishly sliced backhand to neutralise her opponents. 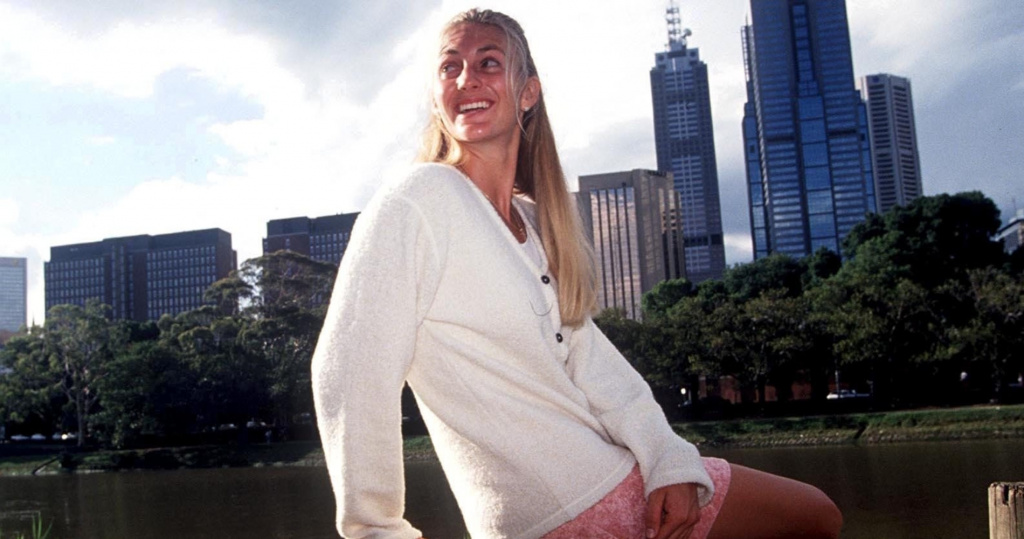 Mary Pierce was born in 1975 in Montreal, Canada. Holding French citizenship from her mother, she chose to play for France. The youngest player at the time to make a professional debut, at the age of 14 years and two months, Pierce became a top player in 1991 when she claimed her first title in Palermo and finished the year ranked No 26 in the world. After winning four other tournaments in the next two years, and reaching the quarter-finals at the 1993 Australian Open, she entered the 1994 Roland-Garros Championships ranked No 12.

Pierce’s early career was impacted by her father’s violent behaviour which, in 1993, led the WTA to ban Jim Pierce from attending any tournament, and led Mary to request a restraining order after he threatened her life.

1994 marked Pierce’s fifth appearance at Roland-Garros and she had reached the fourth round in 1992 and 1993, falling both times to American Jennifer Capriati.

The relationship between Pierce and the French crowd was awkward at the time. The Parisian public could not really identify with a young woman who was playing under the French flag, but who had spent most of her life in North America and spoke French with a slight American accent. Therefore, she did not get the same kind of support as many of the “native” French players. 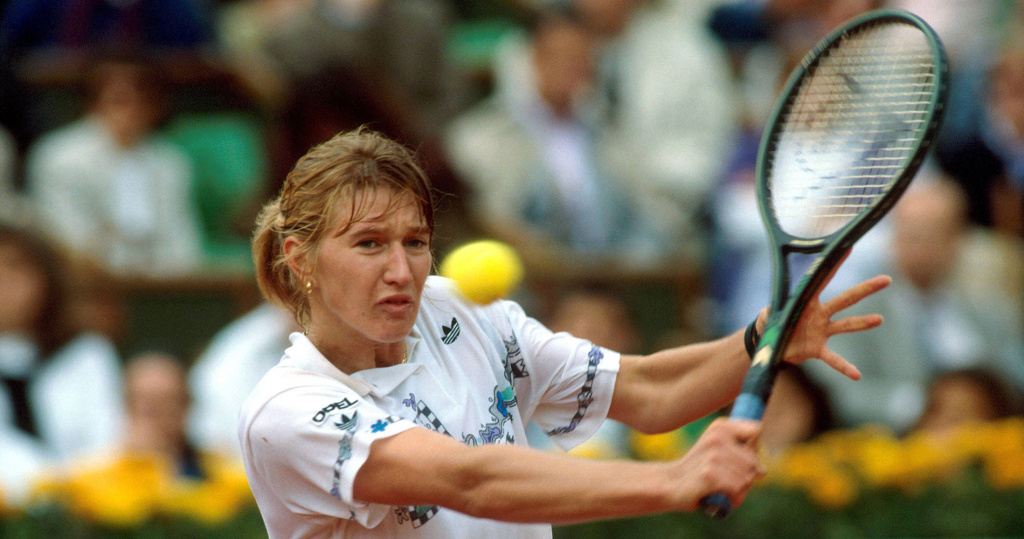 On Thursday, June 2, 1994, Pierce was about to take on the biggest challenge in women’s tennis at the time: world No 1 Graf, who held all four Grand Slam crowns at the time. Since the beginning of 1994, the German had won six tournaments, and she had only lost one match, in the final of the Hamburg Open against world No 2 Arantxa Sanchez in a final-set tie-break (4-6, 7-6, 7-6). On top of that, Pierce had never won a single set against Graf in any of their previous encounters, and their last encounter at the 1993 US Open ended with Pierce winning just one game.

Graf was confident, naturally, but also wary of Pierce’s fine form. The Frenchwoman had dropped only six games in the first five rounds in Paris, during which the French crowd had discovered her extremely powerful groundstrokes, at the same time as her helpless opponents.

Pierce knew that if she wanted to defeat Graf, she had to continue with the same strategy and that’s what she did from the very first game. Without any hesitation, she connected with full power on almost every shot, out-hitting the German and producing winner after winner. Not even Graf’s mean backhand slice and dropshots could stop her. Pierce was so confident in the velocity and power of her shots that she even successfully attacked Graf’s forehand, a shot that most players usually avoided.

It was Pierce’s day. And France’s indifference to this wildly talented ball-striker suddenly morphed into respect and admiration. In front of an over-enthusiastic audience, Pierce stunned Graf 6-2, 6-2 in only one hour, 17 minutes. The enthusiastic supporters gave her a well-deserved standing ovation before she left. She was the first Frenchwoman to reach the final of Roland-Garros since 1967, and had lost only 10 games to reach the final

“I’m a little shocked at the way I won so easily,” Pierce would later comment. “I felt there wasn’t much that she could do because I was just playing so well. It’s a fantastic feeling to have the crowd behind you like that.”

Graf confirmed Pierce’s gut feeling: “She played very, very well. She attacked the ball and hit it early. There was little I could do.”

Unfortunately for Pierce, she would be overwhelmed by the pressure of the occasion while facing the more experienced Sanchez in the final. The consistent Spaniard would claim her second Roland-Garros crown, prevailing 6-4, 6-4 against a player, very different than the one Graf had been blindsided by in the semi-final.

The following year, Pierce would redouble her efforts and avenge that loss, beating Sanchez 6-3, 6-2 in the Australian Open final to win her first Grand Slam tournament. Five years later, in 2000, Pierce would realise the dream of all French players by triumphing at Roland-Garros, defeating Conchita Martinez in the final (6-2, 7-5). For good measure, she also claimed the doubles title that same year, partnering Martina Hingis.

In her career, Pierce would reach three other Grand Slam finals, at the 1997 Australian Open (lost to Martina Hingis), at the 2005 Roland-Garros Championships (lost to Justine Henin), and at the 2005 US Open (lost to Kim Clijsters). At the end of 2006, she ruptured the anterior cruciate ligament in her left knee while playing against Vera Zvonareva in Linz and the Frenchwoman would never recover. This would remain her last match, although Pierce would never officially announce her retirement.

Not long after getting blitzed by Pierce, Graf would soon face another disappointment when she fell in the first round at Wimbledon for the first and only time in her entire career, losing to the American Lori McNeil (7-5, 7-6).

The German would then lose in the US Open final to Sanchez, 1-6, 7-6, 6-4 – she had played three consecutive Grand Slams tournaments without winning one for the first time since 1990.

True to form, Graf would recover from the 1994 disappointments, and in 1995 and 1996 she won all the six Grand Slam tournaments she participated in. By winning the 1995 US Open, she would  become the only woman to win each of the four Grand Slam titles at least four times. Graf would then eclipse Martina Navratilova’s record by holding the world No 1 spot for a total of 377 weeks; when she retired, in 1999, soon after claiming her last major crown at Roland-Garros, she owned an amazing total of 22 Grand Slam titles.