Every day, Tennis Majors takes you back in time to relive a tennis event which happened on this specific day. On this day in 1999, Steffi Graf bid adieu to the sport just weeks after winning the French Open and reaching the Wimbledon final 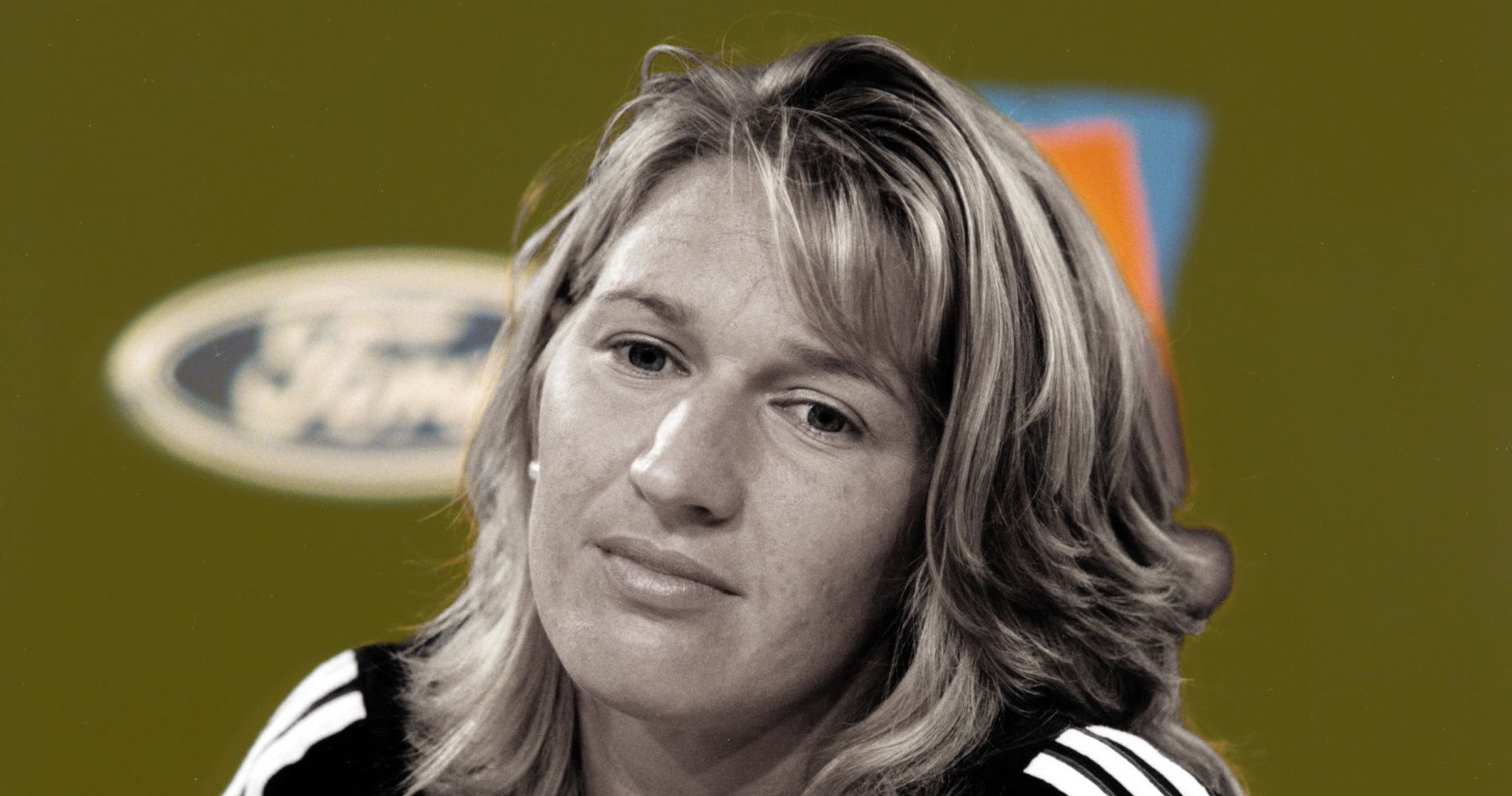 On this day, August 13 in 1999, tennis legend Steffi Graf announced her retirement from professional tennis at a press conference – 10 days after her last match on the tour. Although she had already said at both Roland-Garros and Wimbledon that 1999 would be her final year, the announcement still came as a surprise. In fact, the tennis world expected her to play at least until the US Open, as she was still a serious contender for the title. After all, she was still ranked No 3 in the world and had just triumphed in Paris and finished runner-up at Wimbledon. It was also a turning point for German tennis, as Boris Becker, who also dominated the world of tennis in the late 1980s and early 1990s, had announced he would retire at the end of 1999 as well.

Steffi Graf, born in 1969, was one of the greatest tennis players of all time. Her list of achievements is actually a list of records. In 1982, at the age of 13, she became the youngest player to ever earn a WTA ranking. After claiming her first Grand Slam title at Roland-Garros in 1987 (defeating Martina Navratilova 6-4, 4-6, 8-6 in the final), she completed a unique Golden Grand Slam in 1988 – claiming the gold medal at the Olympic Games on top of the four Grand Slam crowns for a unique achievement in tennis history. Her domination peaked in the French Open final, in which she destroyed Natasha Zvereva 6-0, 6-0 in the shortest major final ever played. 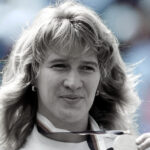 Graf also held the record of eight seasons finished as world No. 1 (1987-1990 and 1993-1996). In total, she spent 377 weeks on top of the WTA rankings – also a record. The German claimed 22 Grand Slam titles in her career, and when she triumphed at the US Open in 1995, she  became the first player ever to hold the title at all four majors at the same time. In those years, her only real rival on the tour had been Monica Seles, who dominated the game and took the No. 1 spot away from her in 1991 and 1992. However, Seles was tragically stabbed during a match in April of 1993 and never got back to her best level.

In 1997, Graf suffered a knee injury that required surgery and put an end to her season soon after Roland-Garros. The doctors were not sure if she would be able to play again, but she was back on the tour in 1998. That year, though, she claimed only one title (Philadelphia) and did not even reach the quarter-finals in a Grand Slam tournament – finishing the season as world No 9. Pundits and sportswriters were already talking about her decline, but in 1999 at Roland-Garros, Graf proved that she was not to be counted out. She defeated the top three players in the world, capturing a sixth crown in Paris following a dramatic final won against world No 1 Martina Hingis (4-6, 7-5, 6-2).

A month later, she reached the final at Wimbledon – where she lost to Lindsay Davenport 6-4, 7-5. With that, Graf had climbed back to No 3 in the world rankings.

Graf’s game was built around her incredible forehand, which she could fire in any direction. That shot was so remarkable that the famous sportswriter Bud Collins had even nicknamed Graf “Fraulein Forehand” (“Miss Forehand”). On top of that, the German displayed legendary footwork. hit a powerful serve and used a great sliced backhand that neutralized her opponents.

By August 1999, Graf had already announced twice that it was going to be her final year on the tour. At the Roland-Garros trophy ceremony, after she came back to glory and won an amazing final against Martina Hingis (4-6, 7-5, 6-2), she told the crowd that it was her final French Open. At Wimbledon, after she lost in the final to Lindsay Davenport (6-4, 7-5), she told the British crowd the same and left the court without even waving to the public.

It was still assumed that, as she was performing so well, Graf would at least continue until the US Open and try to finish her career with one last Grand Slam title. After all, almost two years after coming back from knee surgery in the summer of 1997, she was eventually back in the top three and although the new generation was already strong, she could more than hold her own over the younger players. She had proved it a final time at the All-England Club, where she overcame Venus Williams and her revolutionary power in the quarterfinals (6-2, 3-6, 6-4).

After Wimbledon, the German flew to Carlsbad, San Diego to attend what would turn out to be the final tournament of her career. In the first round, Graf faced 26th-ranked Amy Frazier, whom she had never lost to before – losing only one set in five encounters. This time, obviously bothered by her hamstring, she was pushed into a third set and she retired with Frazier leading 2-1.

“Because it was very hurtful, I couldn’t make another step,” Graf explained.

Still, following that painful loss, Graf did not seem ready to retire according to the Los Angeles Times. “That’s something I’ll do spontaneously,” she said. “It is something you feel in your heart. As I’m playing, I’m playing.”

One week later, Graf called a press conference in Heidelberg; she had changed her mind and announced her retirement from professional tennis.

“I feel I have nothing left to accomplish,” she told the journalists. “The weeks following Wimbledon weren’t easy for me. I’m not having fun anymore.(…) After Wimbledon, for the first time in my career, I didn’t feel like going to a tournament. (…) I thought I would carry on playing until the end of the year. But I do not feel like flying to tournaments anymore. That’s new. I decided to play a few more tournaments to see if that feeling would go away, but it didn’t. (…) In the end it was an easy decision to take, much easier than I expected.”

The 22-time Grand Slam champion claimed that her decision had nothing to do with her recent injuries.

“Right now, I’m perfectly fit; this is no way about injuries,” Graf assured, adding that she planned on travelling the world without her racquets. “On the plane coming back from San Diego, I just started pouring through these magazines and thinking of all the places I could go.”

So it was at that press conference where Graf joined the club of sports stars who retired in 1999: a club that included Boris Becker, Michael Jordan, and Wayne Gretzky.

A few weeks later, Graf was in New York for the US Open. This time, though, she was simply supporting Andre Agassi; her relationship with her fellow 1999 Roland-Garros champion was made official in September. With a 22-Grand Slam champion in his player box, the Las Vegas Kid went on to win the tournament. The couple, holding a total of 30 Grand Slam trophies, eventually got married in 2001.

Many of Graf’s records remain unbroken. Now in 2021, no woman has spent more than 377 weeks as world No. 1 and no one has finished eight seasons on top of the rankings. Above all, even though Serena Williams managed to claim four Grand Slams in a row from 2002 to 2003, the feat of achieving the calendar-year Grand Slam or a Golden Slam has not been reproduced by a man or woman since Graf.

The German was inducted into the International Tennis Hall of Fame and was introduced by none other than Agassi.