Home > Our features > Analysis > Be like Medvedev and excel on clay: Daniil Medvedev’s tricky process

Be like Medvedev and excel on clay: Daniil Medvedev’s tricky process

Medvedev’s coach Gilles Cervara feels Daniil needs to adapt his mentality in order to succeed on clay, as Dusan Lajovic and Petar Popovic explain why it is easier to face Medvedev on clay rather than hard courts 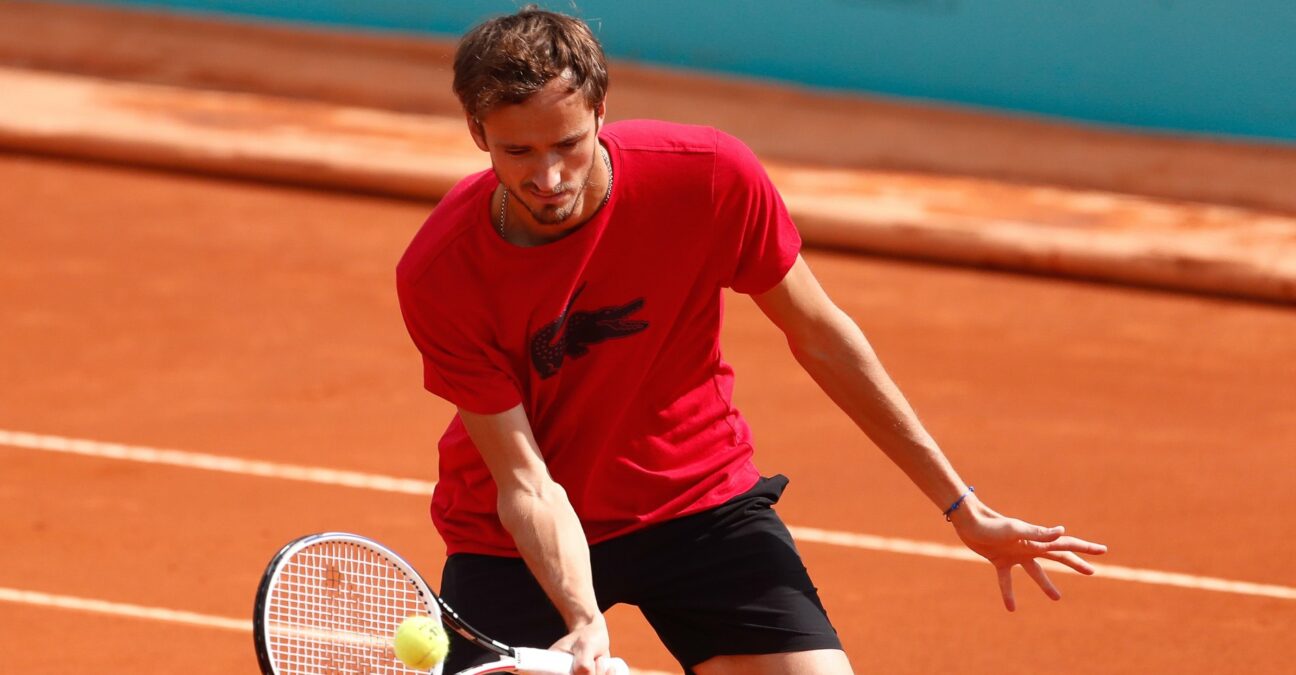 February 1, 2004; that was the last time someone outside the Big 4 held the No 1 spot in the world of tennis, it was Andy Roddick, who retired more than seven years ago. In the next month and a half, Daniil Medvedev has a real shot of getting closer to Novak Djokovic, perhaps even overcoming him, but first he must master one skill: clay-court tennis. Can he do it?

Medvedev has been to two Grand Slam finals, won three ATP Masters 1000 titles and the ATP World Tour Finals, but of the Russian’s 17 career finals, he has reached only one on clay – in Barcelona two years ago. Even more telling, he owns as many wins on clay as he owns titles on hard courts (10).

Just as the Russian had been looking to embark on a new, full-schedule journey on clay this year, he tested positive for Covid-19 right before the start of the Monte-Carlo Masters. Medvedev missed the Barcelona Open as well, but has been practicing for a week now; while still not at 100 percent, Medvedev is looking to make a run in Madrid and/or Rome before the start of Roland-Garros.

Spin, changes of pace – Cervara and Lajovic explain why clay does not come naturally for Medvedev

His coach Gilles Cervara, whom Medvedev credited many times for helping him rise to the top of the game, feels that Daniil has a lot of room for improvement on clay, but also that any coach knows that it is not easy to get from point A to point B. For a casual fan, it may seem that Medvedev’s playing style is ideal for clay courts, but Cervara explains why that is not the case.

“Yes, Daniil keeps the ball in the court whatever happens, but his ball does not have the same impact on clay as it does on hard courts, and it does not affect the opponent in the same way,” Cervara told Tennis Majors. “I am talking about speed, spin, power, time left for the opponent to hit the shot. Furthermore, he does move well, but it is not the same to move well on hard and on clay – the balance is not the same, so the shot is not the same.” 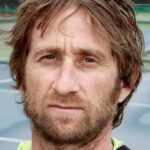 Read also
Exclusive – Cervara on Medvedev: “He knows he can win any event, but not yet on clay”
Tennis Majors

Dusan Lajovic is one of the three players, with Novak Djokovic and Roberto Bautista Agut, to have beaten Medvedev in 2021. He did so in Rotterdam, but Lajovic also won their sole encounter on clay, in Monte-Carlo in 2019.

Going back to that semi-finals, and to the runner-up place in Barcelona the following week, the Serb feels that Medvedev just needs more time to reach his best level on clay. On the other hand, Lajovic noticed the difference when facing Medvedev on clay, compared to facing him on hard court.

“I am under the impression that sometimes he rushes a bit more on clay, but what suits him least on the clay are frequent changes of pace: speed of the ball, spin or slice,” Lajovic commented. “Medvedev cannot be stopped when he gets into his rhythm, when he can strike the ball at the height of the hip area, or a bit higher; when there is the same tempo in rallies, he is a nightmare for anyone. On hardcourts, he has the tools to lure you into his game, but opponents have a wider array of solutions on clay.”

How to adapt to clay without changing Medvedev’s identity as a player?

Petar Popovic – who currently works with Andrea Petkovic but has coached Ivo Karlovic, Filip Krajinovic, and Damir Dzumhur, among others – listed some of the possible solutions Lajovic mentioned: short slices, drop shots, and a deep position on return (“Daniil rarely serves and volleys”), for instance.

Also, Popovic stated that Medvedev’s flat shots are more likely to be exposed on clay, particularly his forehand.

“I feel that he needs to introduce more spin into his forehand on clay. For instance, Djokovic does it, and he opens the court more. Daniil’s forehand is not as firm I feel: when he is playing with confidence, which is the case now, it goes in, but in case of some injury, God forbid, I feel it would take him the most time for his forehand to get back to normal.”

“On hardcourts, balls bounce low after his flat forehands, and they bounce higher on clay, around the hip area, which makes it easier for his opponents. It is true that Medvedev has had good results on clay in the past, but I would be surprised if he succeeds on clay the same way he has on hardcourts.”

Medvedev certainly has the tools to become a more prolific clay court player, but Cervara warns it is not such a straightforward process as it may seem to some, because the main thing is not losing the identity Daniil already has as a player.

“There are things that are deeply linked to his player profile that you do not necessarily want to change. If you change your playing style, you lose things you rely on, and it makes you insecure.”

“The brain assumes that you are one kind of player, that you are good when you do this and when you do that. If you introduce things that go out of these frames, that is a challenge. The coach has to build another model, with the player involved, that will lead him to think he can be good with other patterns, in the same frame. So, our task is finding the good ratio between what Daniil needs to improve to be better on clay and what we cannot lose so that he remains the strong player he already is.”

Speaking about the good results in Monte-Carlo and in Barcelona in 2019, Cervara reveals that he spotted things Medvedev can build on, game-wise.

“We were lucky enough to win one or two rounds, and for a guy like Daniil, it helps to clear his mind and to become more confident“.

Elaborating further, Cervara emphasized that the mental part of the game is the most important aspect for Daniil to be able to perform on clay as well as on hardcourts. Medvedev admits in public that he does not like clay, and he often jokes at his own expense for not winning a single match at Roland-Garros so far in his career. Cervara admitted that it can be difficult from time to time, and that Medvedev’s mentality on clay can indeed slow the progress.

“Everyone has their own self-imposed limitations in mind, whatever the topic. And it is never easy to deal with it realistically. You show the objective reality to the person, but the person looks at it with the filter of his mindset. And his reality is the only one. Sometimes it still happens with Daniil and his skills on clay.”

“Daniil will find the answers”

Those difficulties present themselves in Medvedev’s tendency not to fight as hard on clay as he would have done on a surface he feels more comfortable playing on. One example Cervara presented is the Russian’s loss to Kyle Edmund 6-4, 6-0 in Madrid in 2019, but the French coach is confident his pupil can turn things around.

“He still has to learn about himself, his game, and to be open for it to change. Daniil will find the answers. It is all about staying strong in the head when things start to become hard because it is not your best surface. We, his team, will do everything possible to lead him to resist these moments, which will certainly happen,” Cervara said.

Let’s not forget the huge improvements Medvedev has made both mentally and physically in the last few years. Petar Popovic acknowledged that he has been impressed with the Russian’s progress.

“Mentally, he was unstable on the court up until two or three years ago, and he has made great strides in that regard. Physically, he was prone to cramping, sometimes even in the third set, but that is not the case anymore, he is much better now.”