Rafael Nadal played only six events in 2020 but he showed that less can be more as he picked up two more titles, including another Roland-Garros victory. 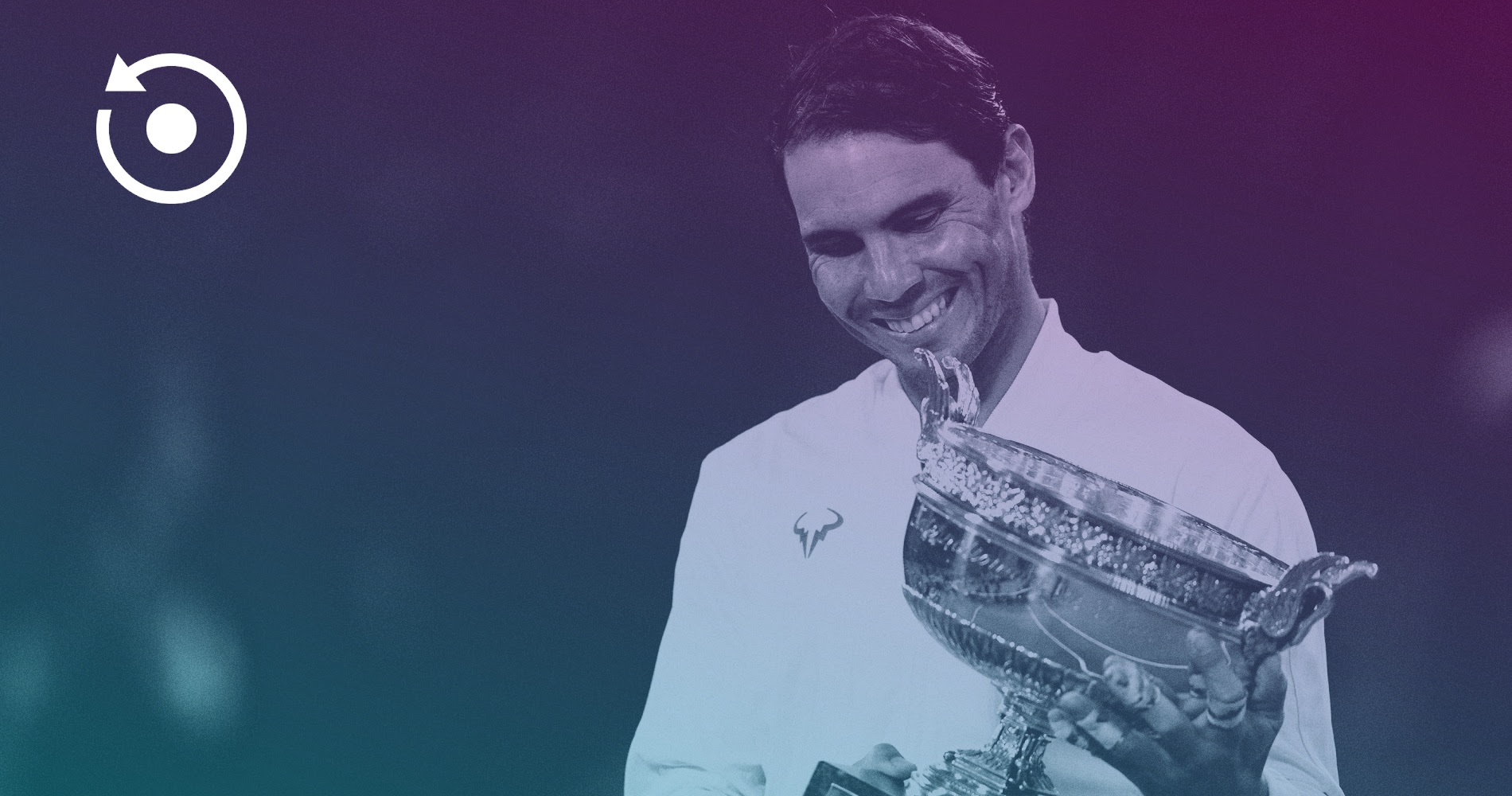 Rafael Nadal added just two trophies to his illustrious collection in a shorter than usual 2020 but one of them was his beloved Roland-Garros, taking his record number of victories to an incredible 13 and he ends the year ranked No 2. We take a look back at his season.

Nadal’s 27-7 record was highlighted by two titles – in Acapulco in February and then, brilliantly, at Roland-Garros where the October conditions may have been different but the result was the same. He came within one game of making the final at the ATP Finals and made the semis at Bercy, where he passed the 1,000 match wins mark, putting him second only to Roger Federer’s 1,242 wins.

The King of Clay continued his domination at Roland-Garros with his jaw-dropping 13th title, in many ways, as good a win as any of the previous 12. With the tournament moved to October because of the Coronavirus, the players had to deal with cool, damp conditions and many felt the weather would dampen his chances, because it would negate the effectiveness of his topspin. But great players adapt and the way he played in the final, crushing Novak Djokovic in straight sets, was as good as any performance he has produced on the clay in his career.

Given everything that was seemingly against him, from the weather, to conditions, to his relative lack of preparation, winning the title without losing a set is perhaps the most impressive thing about his title-winning run. After cruising through the first week, he passed his first test against rising star Jannik Sinner in a match that started at 11pm and then gained revenge on Diego Schwartzman, who had beaten him in Rome. But it was the final, when he hammered world No 1 Novak Djokovic 6-0, 6-2, 7-5, that was the icing on the cake, a simply stunning performance. 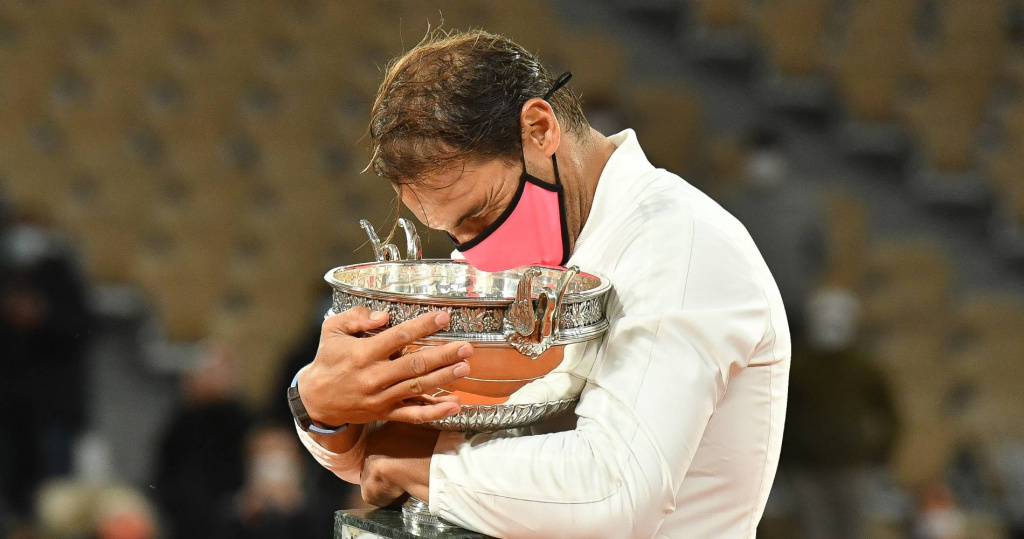 Roland-Garros was clearly his biggest win of the season but Nadal’s other title came in Acapulco, his fourth triumph in Mexico. He swept through the outdoor hardcourt tournament with ease, a month removed from his quarter-final exit at the Australian Open, blasting through Pablo Andújar, Miomir Kecmanović, Soon-woo Kwon, Grigor Dimitrov and Taylor Fritz to take the title.

His 12 titles at Roland-Garros were already one of the most ridiculous and surely unbeatable records in tennis or in any sport, but he duly added No 13 and on the evidence of his form this year, who’s to say he won’t make it 14 next summer. It was also a pivotal moment in the Grand Slam race between the Big 3, as he tied Federer’s record of 20 slams and pulled three clear of the chasing Djokovic.

Low point: Missing the US Open

Having won the title at Flushing Meadows last summer, it could not have been an easy decision for Nadal to skip his title defence in New York. But health concerns and a realisation that Roland-Garros was his best chance of a title made it a little simpler, as did the changes to the ATP rankings which meant he would not drop points by missing New York. Winning back to back slams in the space of six weeks may have been a step too far, but still, seeing Dominic Thiem take the title after Djokovic self-imploded, Nadal may just put it down as one that got away.

Nadal was not one to be too public with his achievements apart from the Grand Slam wins, but the 1,000-win milestone was a huge one for the 34-year-old, and he seemed to enjoy looking back at some of the most iconic wins.

He also found time for some fun, even if not it might not have been intentional. Watch Nadal struggle with technology and Instagram live early on in this interview series with Federer and Andy Murray back in April.

Nadal was quick off the mark when the coronavirus lockdown came in March, joining forces with his friend and NBA star Pau Gasol with the Red Cross, helping to convince other Spanish sportsmen and women to raise money for those most in need. The initiative raised more than 14 million euros.

“Between us all, we have managed to do something important and beautiful,” Nadal said. “Not only the money raised, which exceeded €14m, but also the solidarity and teamwork shown during difficult times. What you and I did between us was light the flame and contribute our grain of sand. Thank you to all those who wanted to be part of this beautiful and important initiative.”

Following his latest French Open title, Nadal sat down with a Spanish television network for an interview about his personal life. Among the interesting points about his childhood are liking soccer more than tennis and being afraid of the dark. He also talked about his famous friendships, which include race-car driver, Fernando Alonso, golfer Tiger Woods, and basketball legend Michael Jordan. Additionally, the Spaniard confirmed that he would like to become a father at some point. He married long-time girlfriend Maria Francisca Perello in the autumn of 2019.

Nadal provided a very Nadal answer for his assessment of his season, especially after some monumental moments like tying Federer and amassing 1,000 wins.

“The same as always. Not easier, not harder. No, no, my goal is always the same: to go to every tournament and to give myself a chance to compete well and to try to win it,” Nadal said after his semi-final loss to Daniil Medvedev at the ATP Tour Finals.

“That’s the goal of every year. My motivation have been always the same. Next year gonna be an important year. I hope to be ready to fight for the things that I want to fight. I’m going to work hard during the off-season to be ready for the beginning.” 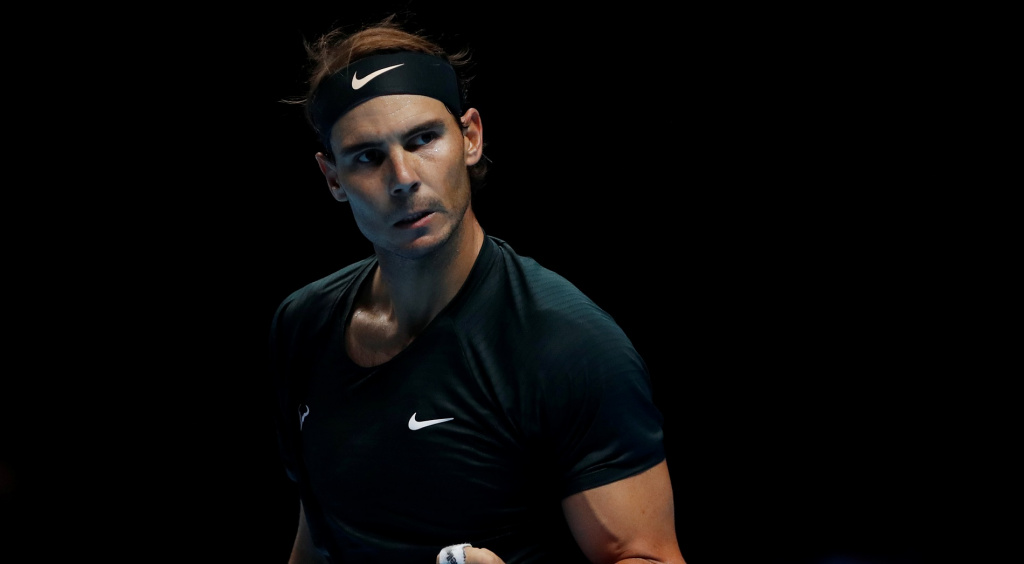 Nadal showed that he remains by far the world’s best player on clay, especially at Roland-Garros, where he has lost just twice since his debut in 2005. Faster, lower-bouncing hard courts, are still tough for him but even at 34, he remains world No 2 and together with Djokovic, a favourite for every event he enters. Maybe he will pick and choose his events more in 2021 but physically he looks as strong as ever and that mind is still a rock. All things being equal, he will go into Roland-Garros as the favourite again and the carrot of Grand Slam No 21 should keep his motivation high, even in his 19th full season on the tour.