Every day, Tennis Majors takes you back in time to relive a tennis event which happened on this specific day. On this day, 17-year-old Sharapova won her first Grand Slam title after a stunning upset over her heavily favoured opponent 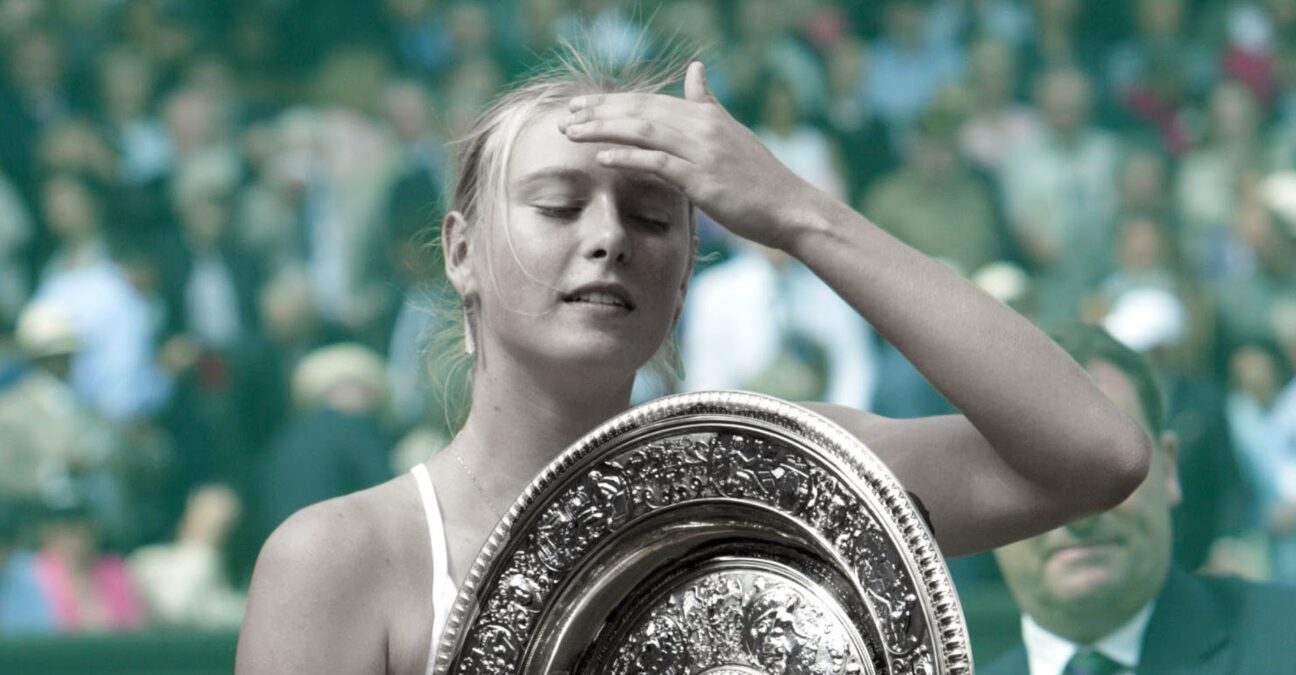 On this day, July 3, in 2004, 17-year-old Maria Sharapova, from Russia, conquered her first Grand Slam title at Wimbledon. In the final, she edged Serena Williams (6-1, 6-4). Having won the last two editions of the tournament, the American had been undefeated at the All England Club since 2001. That day, not only did Sharapova put an end to comparisons with former Russian star Anna Kournikova – who had never claimed a major title despite her unprecedented popularity – but she also became one of the most marketable female athletes in the world. The Russian had set in place the first stone of a career Grand Slam, which she completed eight years later at Roland-Garros in 2012.

Maria Sharapova was born in Siberia in 1987, but she started playing tennis as a young child in Sochi. Her father, Yuri, took her to Florida when she was just seven years old to give her the best chance to become a professional tennis player. This happened quickly, as young Sharapova turned pro at the age of 14 and after a year on the tour she was already inside the top 200. In 2003, she obtained her breakthrough results on the tour, reaching the semi-final in Birmingham just before a fourth-round run at Wimbledon (defeated by Svetlana Kuznetsova, 6-1, 2-6, 7-5).

The same year she claimed her first two WTA titles, in Tokyo and Québec, finishing the year as world No 32. In 2004, just before Wimbledon, she triumphed on grass in Birmingham, defeating Tatiana Golovin in the final (4-6, 6-2, 6-1). Early on in her career, Sharapova was often compared to countrywoman Anna Kournikova. Both players were Russian, they were successful and famous at a very young age, and they shared a similar physical appearance, being both tall and blonde. Young Maria always dismissed the comparison, as Kournikova had never claimed a professional title and over the years had become more of a model than a tennis player; a career path that Sharapova was not interested in.

Serena Williams, born in 1981, is the youngest of the Williams family. A few years earlier, her older sister Venus, at the start of her career in 1997, had declared that her main rival for the top ranking would be Serena. At the time, the tennis experts did not know whether she was joking or just being provocative. They soon discovered how serious Venus was. Serena’s breakthrough year had been 1999. That year, in February, she claimed her first title in Paris Coubertin, at the age of 17, defeating local player Amelie Mauresmo (6-2, 3-6, 7-6). In Miami, she defeated world No 1 Martina Hingis in the semi-final (6-4, 7-6), only to finish as runner-up to Venus in the first ever all-sister final in tennis history. In September, to much surprise, Serena claimed her first Grand Slam title before her older sister, beating Hingis in the final (6-3, 7-6). She also won the doubles event, partnering Venus, and by the end of the year, she was ranked No 4 in the world.

In 2001, Serena reached the US Open final, falling to her sister in the first Major tournament final contested by two sisters during the Open Era. Between Roland-Garros 2002 and the 2003 Australian Open, she took her career to another level, accomplishing an extraordinary feat which became known as the “Serena Slam”: she claimed the four Grand Slam tournaments consecutively, beating her sister Venus each time in the final round. In 2004, after she had to go through knee surgery at the end of 2003, she seemed less dedicated to the game and was involved in other activities, including fashion. Nevertheless, Serena had recently reached the quarterfinals at Roland-Garros and was not to be dismissed.

Wimbledon is the oldest and the most prestigious tennis tournament in the world. Held by the All England Lawn Tennis and Croquet Club since 1877, it moved into its current location in 1922, the same year when the Centre Court was built. Considered by many as the most intimidating court in the world, with its famous Rudyard Kipling quote above the entrance (“If you can meet with triumph and disaster and treat those two impostors just the same”), Centre Court had seen the best players of all time competing for the title.

On this day in 2004, Serena Williams appeared in the Wimbledon final for the third consecutive year. In 2002 and 2003, she had beaten her older sister Venus to conquer the title. But this time, she was facing a different opponent. Rising Russian star Maria Sharapova had made her way into the final by defeating former champion Lindsay Davenport in the semi-final (2-6, 7-6, 6-1).

Serena’s powerful game was well-known to the public, but the British crowd had just discovered Sharapova’s flat and piercing groundstrokes. With her aggressive game and her controversial grunts, she liked to dictate at all costs. The public was in for a fierce, fast-paced baseline battle.

In the first set, Sharapova, not overwhelmed by the pressure of playing in her first Grand Slam final, confidently attacked almost every ball and was quicker to the punch than Serena Williams. Surprised by Sharapova’s fast groundstrokes, the American made more mistakes than usual; Sharapova took advantage of these and, hitting numerous winners, sealed the first set, 6-1.

Serena fought back vigorously in the second set, and even managed to break Sharapova’s serve to take the lead, 4-2. The Russian broke back immediately and evened the score.

At 4-4, Williams put all her strength in the battle, but after saving three break points, she eventually lost her serve, failing to close out a 14-point game. Sharapova stayed focused and, when a final return was missed by Williams a few minutes later, she had sealed her first Grand Slam title. She was no longer “the new Kournikova”: she was Maria Sharapova, Wimbledon champion, first Russian player in tennis history to triumph at the All England Club and the third youngest woman to win at Wimbledon.

The Russian teenager briefly knelt on the grass, and after shaking hands with Williams, she climbed into the stands to hug her father, before getting a mobile phone to try and call her mother, Yelena, who stayed back in Florida. Due to the bad reception, this was the only thing that she failed at on this day.

What next? Sharapova wins career Slams while Serena wins 23 Slams

Maria Sharapova would reach world No 1 for the first time in August 2005, and the Russian would hold that spot for 21 weeks in her career, the last time in July 2012. Becoming the highest paid female athlete in the world, the Russian would achieve a career Grand Slam, winning the US Open in 2006 (defeating Justine Henin in the final, 6-4, 6-4), the Australian Open in 2008 (edging Ana Ivanovic, 7-5, 6-3), and the French Open in 2012 (beating Sara Errani, 6-3, 6-2) and 2014 (beating Simona Halep, 6-4, 6-7, 6-4). Her already great career would be disturbed by repetitive shoulder injuries, which would particularly ruin her 2009 and 2010 seasons. In 2016, Sharapova would fail a drug test and suffer a consequent doping ban that lasted 15 months. Although she would try to return to form in 2017, and did manage to climb back as high as No 25, she would not achieve any more remarkable results other than reaching the quarter-finals at the 2018 French Open.

Sharapova would beat Serena Williams again in 2004, at the Masters Cup (4-6, 6-2, 6-4). This would be the last time she would prevail against the American, who would win their 19 next encounters, dropping just three sets in the process.

Williams would add five more Wimbledon crowns to her list of achievements (2009, 2010, 2012, 2015, 2016). These seven titles would be a part of the 23 Grand Slam titles she has claimed in her career so far. The last one at the 2017 Australian Open, where she would face her sister Venus for the ninth time in a major final and edge her for the seventh time, 6-4, 6-4. She would then take a break from the tour to give birth to her first child, before returning to the game in 2018. Although she would finish runner-up on four occasions in Grand Slam tournaments since returning from her maternity break, Williams continues to chase her 24th crown to equal Margaret Court’s record. 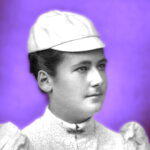