Maria Sharapova remains one of the most popular tennis players even after her retirement. Here are the answers to some common questions you may have about the Russian 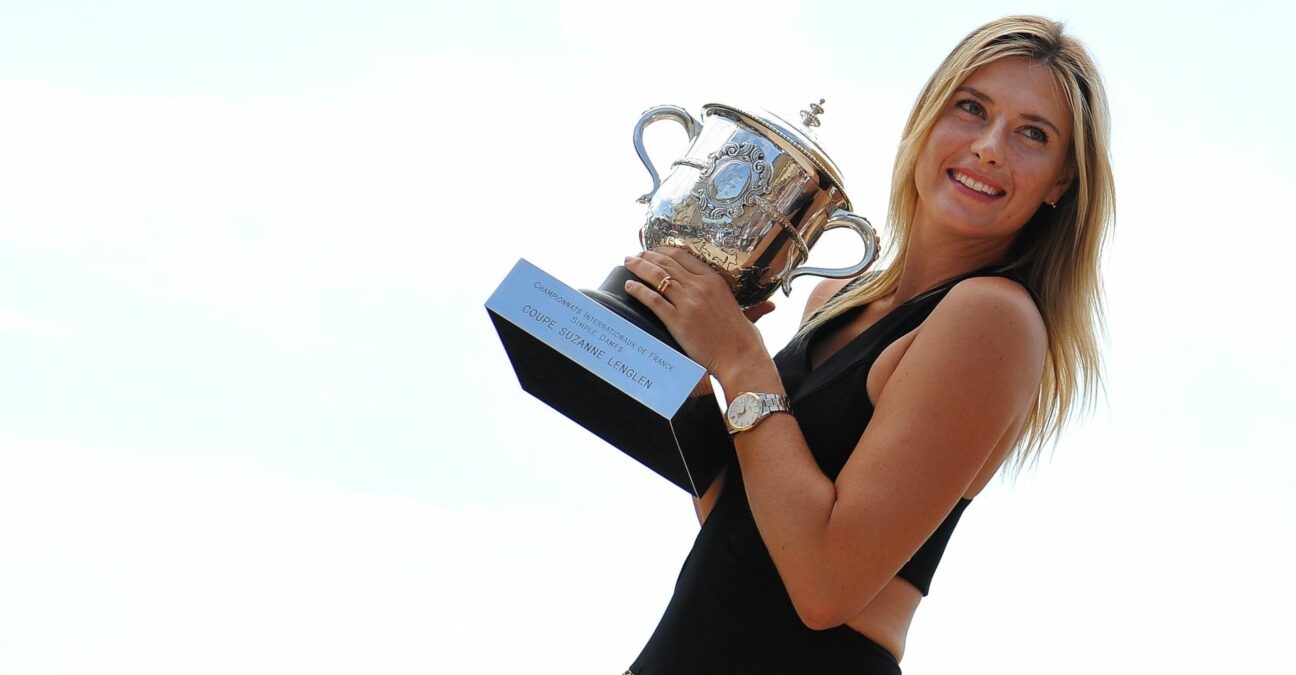 Where was Maria Sharapova born?

Sharapova was born on April 19, 1987, in Nyagan, Soviet Union. Her parents, Yuri Sharapov and Yelena, are from Gomel, Byelorussian SSR. When she was three years old, Sharapova’s family moved to Sochi, Russia.

Along with her father, Maria moved to the United States to pursue her tennis career in 1994 while her mother stayed back home for two years due to visa restrictions. In 1995, she was signed by IMG after which she stayed at the Nick Bollettieri Academy.

How many Grand Slams did Maria Sharapova win?

Sharapova won five Grand Slam singles titles during her career. The Russian won her first major at Wimbledon in 2004 as a 17-year-old beating Serena Williams in the final.

She added the 2006 US Open, 2008 Australian Open, and the 2012 and 2014 French Opens to her Slam collection. Sharapova is one of 10 women, and the only Russian, to win the career Grand Slam (winning all the four majors at least once each).

How many weeks was Sharapova ranked No 1 for?

Sharapova first reached the No. 1 ranking on August 22, 2005. In total, she was ranked No. 1 for 21 weeks on five separate occasions in the world rankings; the last of those came in 2012.

Sharapova earned $38,777,962 in her career. That makes her one of only 3 women to have earned more than $38 million in the history of the WTA Tour as of early August 2021 (the others being Serena Williams and Venus Williams).

How many WTA titles has Sharapova won?

What is Sharapova’s head-to-head against Serena Williams?

Being two of the most successful and popular figures in women’s tennis, the Sharapova and Williams rivalry was among the most followed storylines on the WTA Tour during their time on the tour.

While Sharapova managed to beat Serena when it came to endorsements and earnings off the court (the Russian was named Forbes’ highest-paid female athlete in the world for 11 consecutive years, peaking at $30 million in 2015), it was Serena who dominated their on-court rivalry, winning 20 of their 22 matches on the tour, including their last 19 meetings.

Why was Sharapova banned from tennis in 2016?

On March 7, 2016, at a press conference in a Los Angeles hotel, Sharapova announced that she had failed a drug test at the 2016 Australian Open. Sharapova admitted that she had tested positive for meldonium, an anti-ischemic drug usually prescribed for heart conditions that had been added to the World Anti-Doping Agency (WADA)’s list of banned substances at the beginning of 2016.

The Russian was provisionally suspended by the International Tennis Federation (ITF) effective from March 12, 2016. On June 8, the ITF announced that Sharapova would be suspended for two years. The Russian appealed the ban and in early October, the Court of Arbitration for Sport (CAS) reduced her sanction from 24 months to 15 months.

In its statement, CAS said, “Ms. Sharapova committed an anti-doping rule violation and that while it was with “no significant fault”, she bore some degree of fault, for which a sanction of 15 months is appropriate.” Upon completion of the sanction, Sharapova returned to compete on the WTA Tour in April 2017.

When did Sharapova retire?

Sharapoava announced her retirement from professional tennis after her first-round loss to Donna Vekic at the 2020 Australian Open. The loss was her third successive first-round loss at a Grand Slam event. After this match, her ranking dropped to its lowest (No 369) since August 2002.

Sharapova penned a letter in Vanity Fair magazine to announce her retirement.

What s Sharapova’s net worth?

According to Forbes maagzine, Sharapova’s net worth is around $200 million. Besides her prize money and endoresement deals, Sharapova owns 100% of the premium candy business, Sugarpova, which posted sales of $20 million in 2019. She also invested in fast-growing sunscreen brand Supergoop in 2014 and owns around 10% of the company.

In December 2020, Sharapova announced that she was engaged to British businessman Alexander Gilkes. Gilkes is the founder of Paddle8, a successful online auction house.

Is Sharapova on social media?