Vasek Pospisil is one of Canada’s top players and a leading voice in the bid to form a new players’ organisation. Here are 10 questions about the Canadian 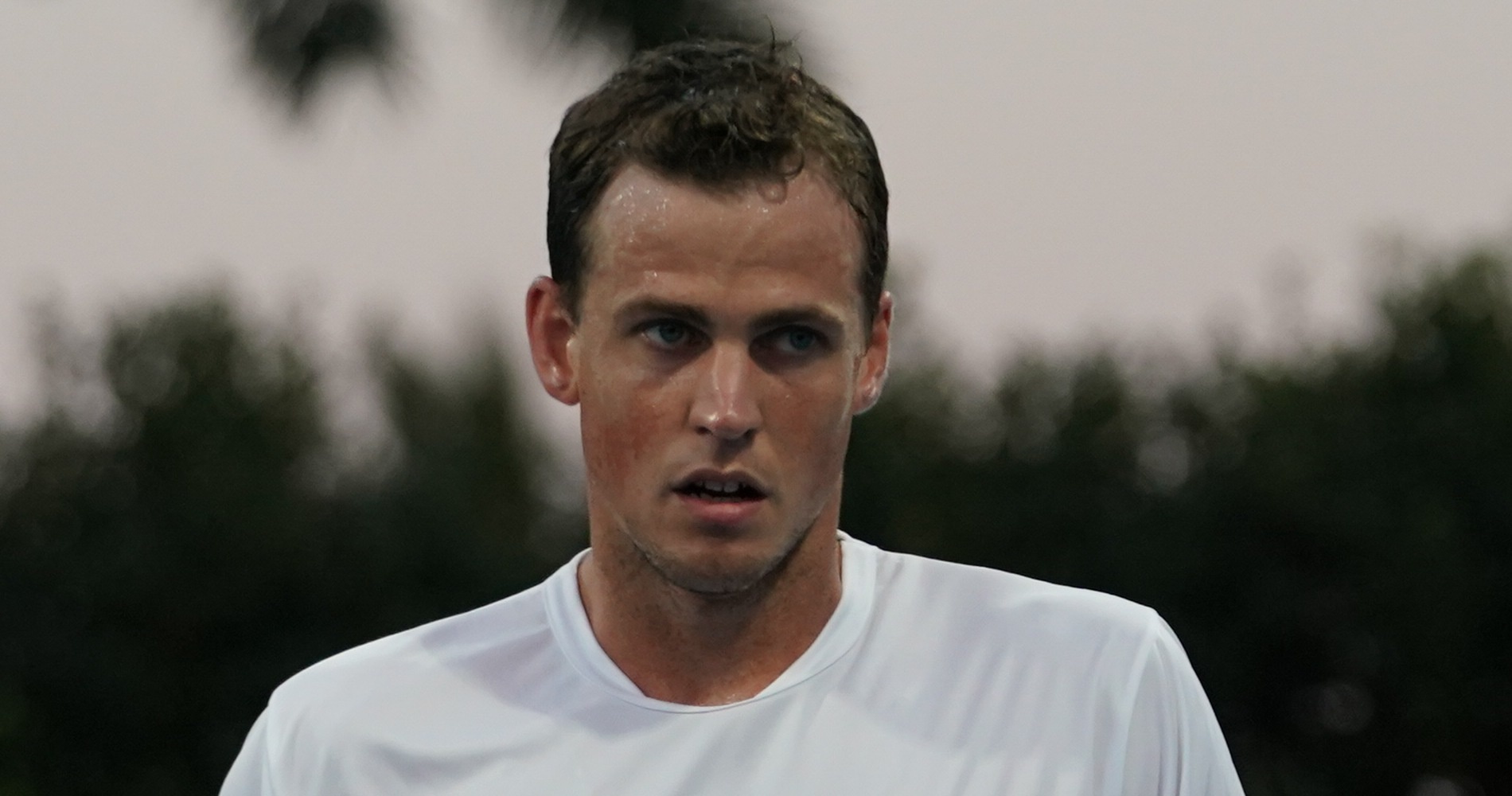 Why is Vasek Pospisil in the news?

Vasek Pospisil had an uncharacteristic meltdown on court during his first-round match against MacKenzie McDonald at the Miami Open on Wednesday, March 24. After smashing his racquet and barely trying in the last three games of the first set, the Canadian told the umpire he’d been: “f***ing screamed at yesterday for an hour and a half by the chair of the ATP (Andrea Gaudenzi) for trying to unite the players. Get him out here. F***ing a***hole”. Later Pospisil apologised on his social media channels.

What was Vasek Pospisil’s outburst about?

Reports suggested that Pospisil was particularly angry because he had been singled out during the ATP Player meeting in Miami the previous day. The Canadian was apparently called “ignorant” by management and was allegedly in tears. The arguments surrounded the formation of the Professional Tennis Players Association (the PTPA). Pospisil was clearly struggling to cope with it all, even the next day.

What is the PTPA?

Together with world No 1 Novak Djokovic, Pospisil set up the PTPA – the Professional Tennis Players Association on the eve of last year’s US Open, designed to give players more representation than they receive as part of the ATP Tour. The PTPA wants tournaments to be more transparent with their finances, arguing that the structure of the ATP does not lend itself to change. It wants more prize money, spread further down the rankings and also wants to reduce the conflicts of interest in tennis, which has seven governing bodies. The ATP says players are not permitted to be a member of any other organizing body.

When was Vasek Pospisil born?

Vasek Pospisil was born on June 23, 1990, in Vernon, Canada, the son of Milos and Mila. He has two brothers; Tom and Petr. He lives in Freeport, Bahamas.

What languages does Vasek Pospisil speak?

Pospisil speaks English, Czech and French. From the ages of 15 to 18, he trained in Prostejov, Czech Republic.

What is Vasek Pospisil’s highest ever ranking?

Pospisil reached a career-high ranking of No 25 in January 2014. He has also been ranked as high as No 4 in doubles.

How many singles titles has Vasek Pospisil won on the ATP Tour?

Pospisil has yet to win a singles title on the ATP Tour but he has made three singles finals, in Washington in 2014, and in Sofia and Montpellier in 2020, a year in which he was named ATP Comeback Player of the Year after recovering from 150 to 61 on the rankings. He has also won seven doubles titles.

What are his best Grand Slam achievements

Vasek Pospisil’s best Grand Slam effort in singles was in 2015, when he reached the quarter-finals at Wimbledon. He also won the doubles title at Wimbledon in 2014, together with American Jack Sock.

Who is Vasek Pospisil’s coach?

Vasek Pospsil has been coached by former Canadian player Frank Dancevic since 2019.

Vasek Pospisil is a fan of NHL teams Vancouver Canucks and Montreal Canadiens and is a keen singer and guitarist.

Is Vasek Pospisil on social media