March 19, 1989: The day Miloslav Mecir became the last man to win a title with a wooden racquet

Each day, Tennis Majors takes you back in time to an important moment in the sport’s history. On March 19, 1989, Miroslav Mecir triumphed in Indian Wells for the last-ever title won by anyone with a wooden racquet. 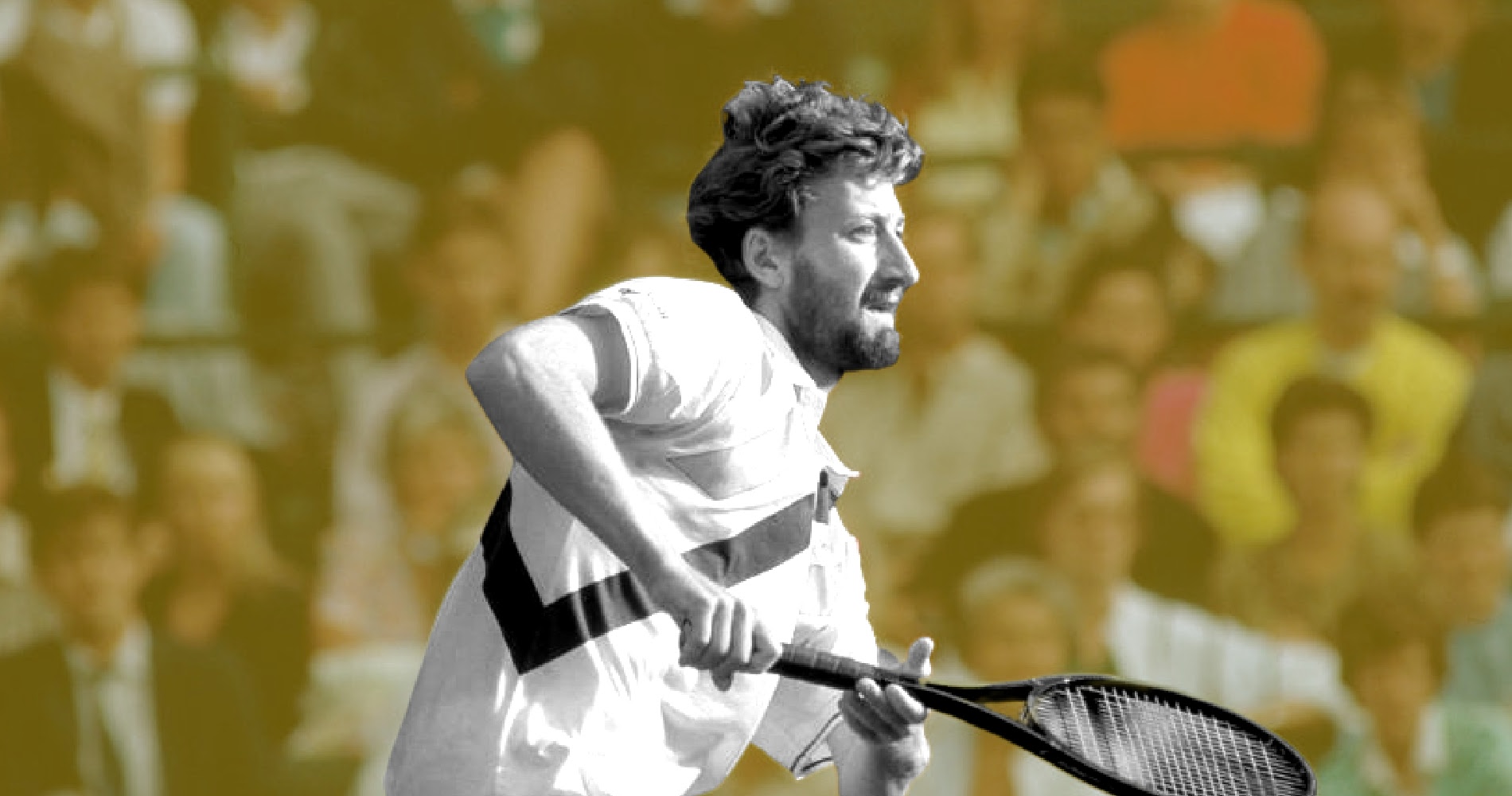 On this day, March 19, 1989, in Indian Wells, Miloslav Mecir of Czechoslovakia became the last player in tennis history to win a tournament with a wooden racquet. It was also the last title of his career, which was shortened by a back injury. In the final, Mecir came back from two sets down to prevail against Frenchman Yannick Noah 3-6, 2-6, 6-1, 6-2, 6-3.

Miloslav Mecir was born in Czechoslovakia in 1964. He turned professional in 1982, and soon his game style drew attention. His unpredictable shots, his great touch, and his agility earned him the nickname “Il Gattone” (“The Big Cat”). He claimed his first title in Rotterdam in 1985, defeating Jakob Hlasek 6-1, 6-2 in the final. In 1986, Mecir obtained his first remarkable Grand Slam result at the US Open, finishing runner-up to Ivan Lendl (6-4, 6-2, 6-0). In 1987 he clinched the first important title of his career, triumphing at the Lipton Championship in Key Biscayne (defeated Lendl 7-5, 6-2, 7-5 in the final) before reaching the semi-final at Roland-Garros — where Lendl took revenge 6-3, 6-3, 7-6. In 1988, in the quarter-finals of Wimbledon, Mecir was the only player to beat Mats Wilander in a Grand Slam tournament (6-3, 6-1, 6-3), but despite a two-set lead he lost in the next round to another Swede – Stefan Edberg (4-6, 2-6, 6-4, 6-3, 6-4). In September, Mecir claimed the most important title of his career by clinching the Olympic Gold medal in Seoul to become the first Olympic champion in tennis in 64 years. In 1989, he was world No 13 after reaching a second Grand Slam final at the Australian Open (lost to Lendl 6-2, 6-2, 6-2).

Yannick Noah was born in 1960 in Sedan, in the north of France, but his family moved back to Cameroon soon after he was born and that was where he grew up. A young Noah started playing tennis without much hope of becoming a great player, as there were only eight tennis courts in all of Cameroon. However, his meeting with Arthur Ashe – who had come to play an exhibition match in Yaoundé in 1971 – changed his life. The American, who was the first black player to have claimed major titles in men’s tennis, gave Noah a helping hand and the youngster soon moved to France to become a professional tennis player.

Noah started his career in 1978, claiming his first title on the tour in Manilla. He improved constantly, and in 1981 he reached the quarter-finals at Roland-Garros (beaten by Victor Pecci, after defeating Guillermo Vilas in the fourth round). In 1982, it was the same Vilas that beat him in the quarter-finals of the French Open. That year, Noah led the French Davis Cup team to its first final since 1933, in which they were defeated by the United States. In 1983, after he won two clay court tournaments in the spring (Madrid and Hamburg), he became the first Frenchman to triumph at Roland-Garros since Marcel Bernard in 1946, defeating Mats Wilander in the final (6-2, 7-5, 7-6). Noah was considered no less than a national hero, to the point where it perhaps became too big of a responsibility to carry for a 23-year-old. He had made his dream come true at a young age and he would never find the energy to light the same fire in his racket. Noah still remained a top 10 player, reaching two more quarter-finals at Roland-Garros (1984, 1987) and accumulating 22 titles throughout his career. 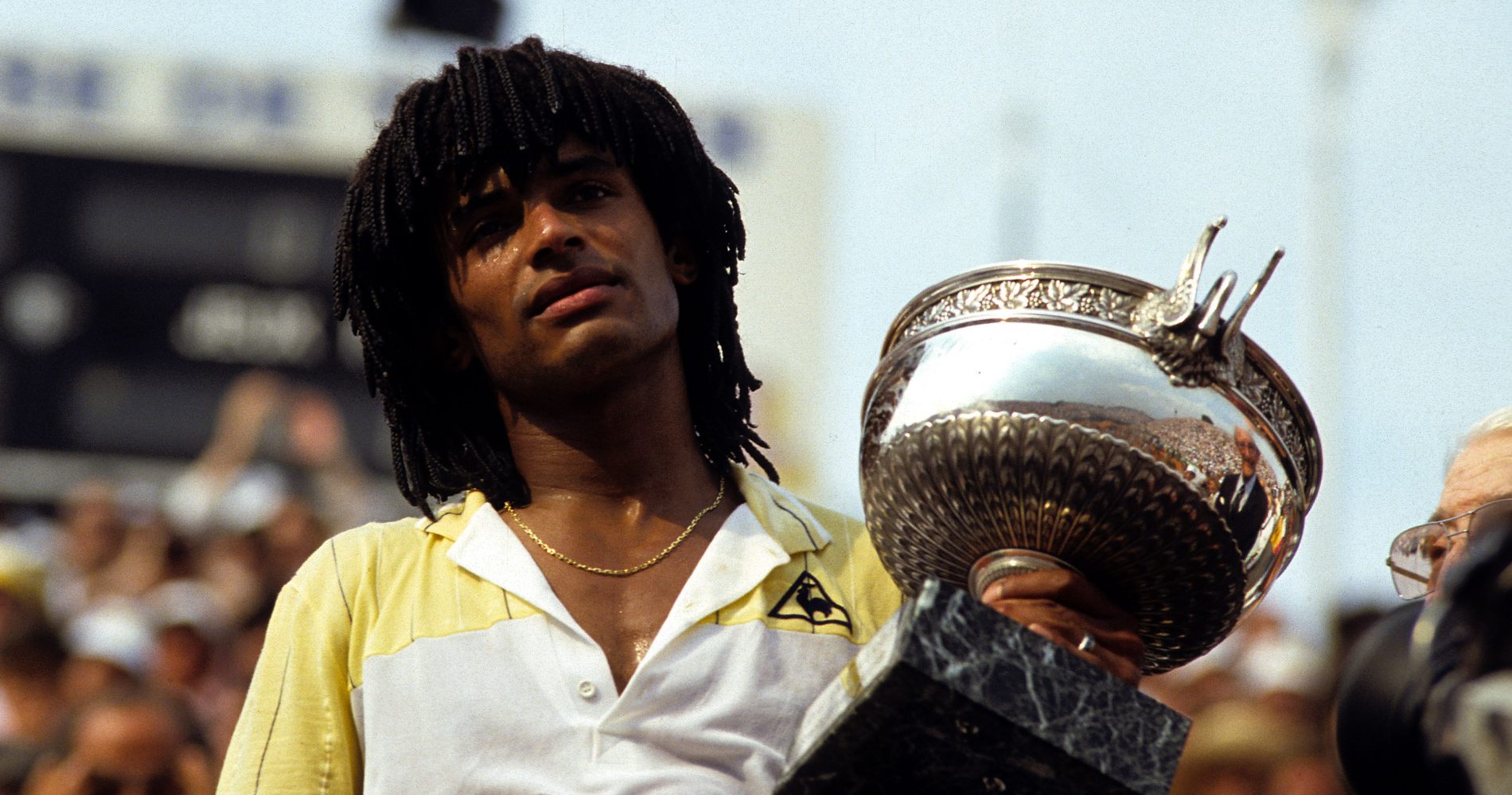 The history of the Indian Wells tennis event began in 1987, when the La Quinta tournament – under the impulse of Charlie Pasarell – outgrew its premises and had to move into a bigger location but without leaving California. The tournament had already become prestigious in La Quinta, but when it settled down in Indian Wells it became a part of the Grand Prix circuit. Its first edition, known as the Pilot Pen Classic, had seen a great final in which Boris Becker defeated rival Stefan Edberg 6-4, 6-4, 7-5. In 1993, the tournament became a part of the Super 9 category – which would later become the Masters Series and then the Masters 1000.

In the absence of world No 1 Ivan Lendl at the 1989 Indian Wells event, the top seed and two-time defending champion was Boris Becker. However, the German was defeated in the fourth round by Jay Berger, opening the door for a new champion.

The presence of Miloslav Mecir in the final was not a surprise, though. The Czech had triumphed at the Olympic Games in September of 1988 and finished runner-up at the 1989 Australian Open less than two months before. His Indian Wells final opponent, Yannick Noah, was more of a surprise. Noah had managed to oust the fifth seed, Jakob Hlasek, in the round of 16 (7-5, 6-4) and the third seed, Andre Agassi, in the quarter-finals (7-5, 6-4). 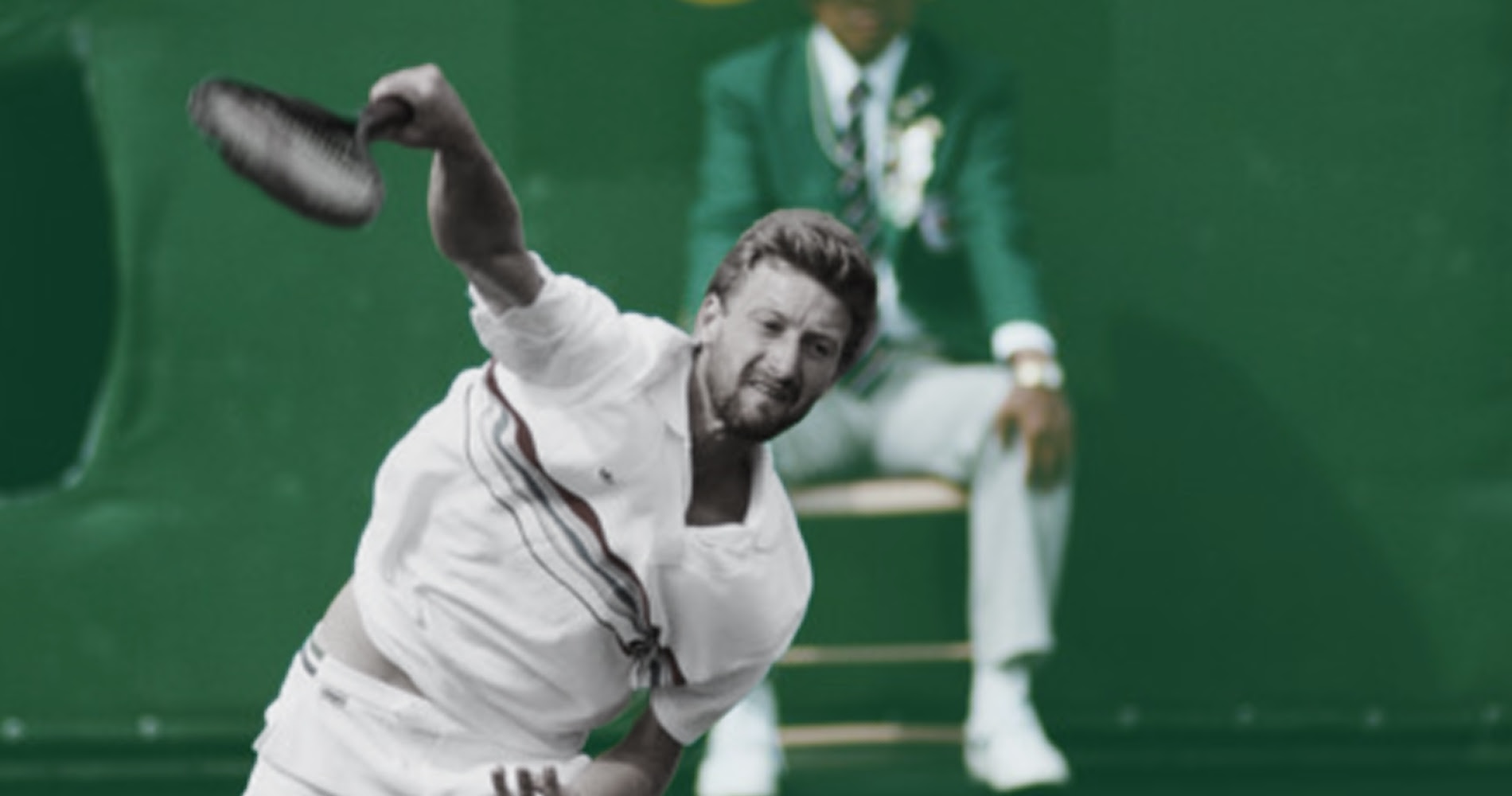 One of Mecir’s specificities, on top of his smooth game style, was that he was one of the last professional players – if not the last – to use a wooden racquet. More precisely, according to tennis.com the Czech played with a Snauwaert composite, which combined a graphite laminate with a wooden interior. Composites were heavier and less powerful than the full-on graphite frames that most of the players were already using in the late 1980s. Composite racquets were supposed to offer a more “traditional” feel, similar to old-fashioned wood. Noah was the last player to have won a Grand Slam tournament with a wooden racquet but had switched to graphite in 1984.

In the two first sets of the Indian Wells final, the Czech was outplayed by the Frenchman – who delivered no less than 14 aces to seize a 6-3, 6-2 advantage. Mecir then decided to change his tactics and to take the net before Noah could. Regaining control of the rallies, “”the Big Cat” won the three following sets 6-1, 6-2, 6-3.

“I thought he already had me and I didn’t want to give up,” said Mecir. “I thought the match was over and I just tried to continue, to play the best I could. At the beginning he was there like a tiger, I had no room, no place where to put the ball.”

Unfortunately, the 1989 Indian Wells Open would remain the last title ever claimed by Miroslav Mecir. He would put an early end to his career in 1990 at age 26 following a serious back injury. His smooth game style would earn him a fond place in the memories of many tennis fans.

Yannick Noah’s career was also about to come to an end. At the start of 1990, he would win his 23rd and final title in Sydney before reaching the Australian Open semi-finals (defeated by Ivan Lendl 6-4, 6-3, 6-2). Noah would soon become a successful  Davis Cup captain, leading his team to three titles in 1991, 1996, and 2017. The 1991 title would remain one of his major achievements because the French team upset an American dream team featuring two top 10 players in Pete Sampras and Andre Agassi. Noah would also become the captain of the French Fed Cup team, which won the competition in 1997. Last but not least, Noah would also start a successful career as a singer and sell several millions of records.